Current market situation and outlook of pig production in the Netherlands

2018 has clearly become the sinkhole for profits from preceding years. An abundant supply of pigs on the European market and reluctant third market sales led to low prices. Although forecasting is always risky, 2019 might bring fresh air. A negative approach is that only a slight improvement is expected compared to 2018.

The total European pig production in 2018 is expected to decrease by only about 0.5 per cent. Given the increasing piglet production per sow, sow numbers have to decrease by at least about 2 to 3 per cent to come to this (limited) reduction of output.

Prices plummeted in the second half of 2018. Especially sow farmers faced hard times with low piglet prices. In October 2018 the piglet prices in the Netherlands were almost as low as in 2007, with only €30 per 25 kg piglet (all prices without VAT). Prices for slaughter pigs amounted to €1.40 per kg carcass weight. In October 2017 these prices were €53 per piglet and €1.53 per kg respectively. However, piglet prices have found their way up, according to the seasonal pattern and a more positive outlook, and we expect them to increase to just above €40 by the end of December. 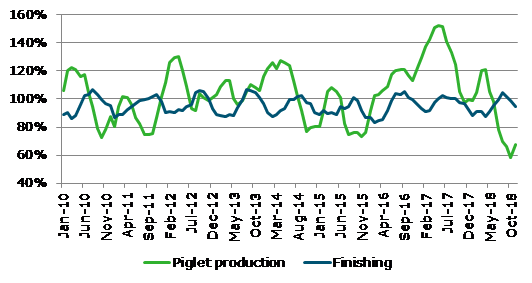 Graph 1 Monthly cost cover ratio for piglet production and finishing, based on adapted cost of production.

The feed price shows a modest increase since Mid-2016. The price level of the complete feed package on a closed cycle farm amounts to about €278 per tonne (Graph 2). 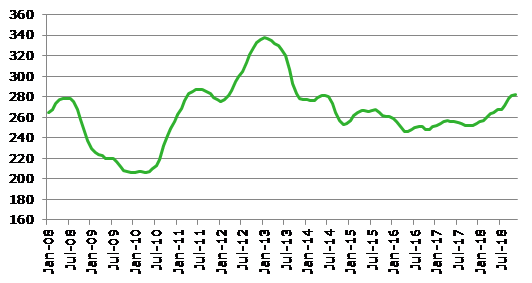 Graph 2 Price development of the total feed diet for a closed cycle farm in the Netherlands (euro/tonne, excluding VAT)

Manure disposal continues to be a millstone for pig farmers, as the majority of manure has to be transported to arable farms in the Netherlands or abroad. Costs were on a high level this year: the average DCA quotation for disposal in the South of the Netherlands will come to over €26 per tonne in 2018.

The Dutch government is preparing a redevelopment programme for the pig sector with a budget of €120m. Some estimate a reduction of pig numbers of up to 10%, which seems to be overestimated. The government is still in the process of defining the conditions of the programme. Realisation of the programme implantation can be expected as of 2020.

A number of Dutch pig farmers are quitting their production already now, as the market is currently too bad for them. And 2019 will see another group of stopping farmers: those who participated in the tolerance programme for ammonia reduction. They were allowed to only partly fulfill the requirements of the law, in preparation of a run-down of the farm. 2019 is the final year of this tolerance programme and we expect several hundreds of farmers to stop production. Part of this production, however, might be adopted by continuing farmers.

Due to apparently uncontrollable African Swine Fever outbreaks in China, this country might be willing to import large volumes from different suppliers worldwide. If this is going to happen, European pig producers might be among those who rub their hands in glee, at least for those countries where ASF is not found. And there is the risk factor. But isn’t that part of entrepreneurship, to be able to handle risks?