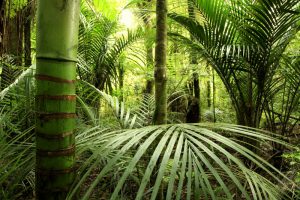 We all know nature is of vital importance to mankind: the oxygen we breathe, the food we eat, and the water we drink would not be there without forests, wetlands, and other natural systems. So why is it still being degraded? Some ecologists and economists argue that the fundamental reason is that the value of nature is so invisible that the cold arithmetic of financial costs and benefits always trumps the vague notion that the forests we cut and the wetlands we degrade are important. Therefore, they argue, we need to make the value of nature visible in a way that allows us to compare it to such economic variables as costs, revenues, wages, and income. In other words, we need to acknowledge the value of natural capital in the same terms as in which we value different forms of man-made capital, such as financial capital and physical capital. This concept of natural capital has gained much attention of late, with an international coalition of NGOs, private companies, and scientists that has recently published a protocol to help businesses to take into account the value of natural systems in their decisions.

The concept has attracted considerable opposition. The most vocal opponent in Wageningen University, Bram Büscher, is professor Sociology of Development and Change, and has written numerous articles in such media as Vice Versa, Trouw, and csu application essay to argue that natural capital is a dangerous concept that will not lead to conservation of nature, but to its destruction. Natural capital, Büscher argues, reconceptualises nature from something intrinsically ‘good’ to a commodity that can be traded and substituted at will. To some extent I share his concern, but unfortunately his line of reasoning relies on three misconceptions that undermine, rather than support, his thesis: that capital is a flow; that capital is only capital when you spend, invest, or otherwise consume it; and that acknowledging the economic value of nature automatically implies ‘selling’ or ‘trading’ it.

Regarding his first misconception, consider how the emily dickinson research paper defines capital:

Wealth in the form of money or other assets owned by a person or organization or available for a purpose such as starting a company or investing.

[WITH MODIFIER]A valuable resource of a particular kind

Note that the last line suggests that there are different sorts of capital. We all understand financial capital: the how to write a book essay for dummiesmoney on your bank account. Students go to university to increase their stock of knowledge and skills: knowledge capital. A restaurant has a stock of dried herbs, spices, pasta, and other ingredients: physical capital. What all these forms of capital have in common is that they are stocks. Their size can change: you can spend or earn money, learn new things, grow or buy more spices. You can use them in a consumptive way, for example if you use your spices to make your favourite lasagne, or in a non-consumptive way, for example if you use your knowledge to write a paper.

Büscher argues that capital is not a stock, but a flow: capital is about investing money (or value) in order to make more money (or value). All this is based on the writings of a Marxist geographer named edit my essay for free, who defines capital as “value in motion”. I tried to understand what Büscher and Harvey mean, I really tried. I watched Harvey’s online lecture – I gave up after Harvey claimed that capital “is like gravity, immaterial but objective” and “moves in a spiral form.” Why, with every single dictionary and economics textbook defining capital as a stock, does Büscher insist on following this one obscure definition of capital as a flow?

His second misconception is that “capital is never invested for the sake of it. The aim is to extract more money or value than had been invested. Otherwise it would not be capital.” Granted: if it has no use, now or in the future, it would be pretty worthless capital – in an economic sense, that is, not necessarily in a moral sense. But that does not mean it should generate more value, or even be invested, to be capital. My fiddle is capital, but I have no plans to sell it, nor to consume it (it would make a pretty brief fire anyway). It is valuable to me because I can play all these great Cape Breton tunes on it, and I take care of it so that I can keep playing it for a long time (you know most fiddles outlive their owner). Likewise, natural capital is valuable in so many ways, many of which are non-consumptive: see the aforementioned ecosystem services. Interestingly, Harvey acknowledges nature’s contribution to the economy in the graph he shows in his lecture. 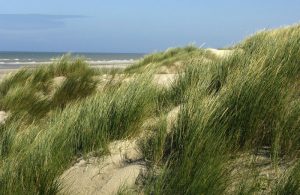 This wrongheaded concept of capital as value in motion later returns in his third misconception. Büscher explains that attempts to get firms to pay for conservation usually fail because other investments are better forms of “value in motion.” Here Büscher appears to confuse natural capital with Payments for Ecosystem Services (PES). PES are agreements where the users of an ecosystem service agree to pay the owners of the ecosystem that delivers them. A good example of such deals is the one between Coca-Cola and farmers in the Uluguru mountains, Tanzania, to improve water quality in the river Ruvu through sustainable land management. The two concepts are indeed related: both require the identification of ecosystem services, and they make the value of such services more visible. Natural capital, however, requires no actual transactions to be valuable – you do not need PES to take stock of natural capital. In fact, many Natural Capital projects do not even involve monetary valuation. Neither did the Coca-Cola deal need any framing of nature as capital – all Coca-Cola needed to do was to pay farmers enough to change how they managed their land.

Büscher does make two valid points, however, and it would be a shame to dismiss them just because of his definition of capital, or his confusion of natural capital and PES. He argues that natural capital “constitutes a fundamental reconceptualisation and revaluation of nature.” This is no imaginary risk – in fact there is mounting evidence that extrinsic motivations, especially monetary incentives (paying people to do something), drive out intrinsic motivations (doing something because it is right). In a famous example, more parents arrived late at a day care centre in Haifa after a fine was introduced for doing so: parents felt paying the fine absolved them from the guilt they would otherwise feel for keeping their toddler (and the staff) waiting. Therefore, although natural capital might to some be an eye-opener of the value of nature, it could just as well obscure other, moral reasons to preserve it.

Büscher’s other argument is that the very concept of natural capital suggests that nature can be substituted for other types of capital. Proponents of natural capital stress that this is not the intention of the concept, but the danger of misinterpretation is real. As our Haifa example suggests, treating nature as a commodity can obscure intrinsic motivations to preserve it. There have been studies presenting the value of natural capital in a way that suggests we can trade all our ecosystems for money and live happily ever after. To some extent we can and do convert natural capital to financial capital: whenever a forest is cut and sold as timber, whenever tuna are caught and sold as sashimi, whenever a lake is drained for agricultural land. Monetisation makes visible what economic benefits we give up in terms of public goods (carbon sequestration, recreation) when we harvest or convert natural resources, but such price-tagging should only be done for relatively small changes. We cannot convert the entire planet to money – we’d die. Funnily enough one of the earliest publications using the term “natural capital” tried to do just that (it estimated our planet’s worth at USD 33 trillion per year in 1997 prices). Economists heavily criticised the paper. After all, monetising the entire planet makes not much more sense than arguing that capital is like gravity.