Saving energy when others pay the bill: what motivates people to conserve energy when money doesn’t play a role?

As a social psychologist I am very interested in why people act in a certain way: what drives them and what is the influence of the context? This seems to be particularly interesting in the case of environmental behavior: often people claim to consider the environment important, but they don’t always act on it. It just doesn’t seem to be a high priority for a lot of people. Fortunately, there are people who do act pro-environmentally. But, what motivates those people?

If you ask people themselves, most of the time they will say that money is the strongest motivator to save energy. This is also why policy makers often stress the financial benefits of potential energy savings. Although financial incentives can have positive effects in some cases, for instance with subsidies on solar panels, using money as a way to motivate people to save energy has its downsides. Money only works as an external motivator and may even replace internal motivations, such as feelings of moral obligation. Another problem with money is that the potential savings are often too small to really motivate people. In other words, if people have to go through a lot of effort to save €1 a month on their energy bill, they just don’t think the extra effort is worth it. A final remark on financial incentives is that they are not always relevant. There are a lot of situations in which people don’t pay for the energy bill themselves, like at work, at school or in a hotel.

The real question therefore is: in situations where money doesn’t motivate people to act pro-environmentally, what does? Research suggests that, contrary to what people state themselves, a big motivator to save energy is what other people do. People often follow these so-called social norms, which are about what other people do and think, and what is (dis)approved of by others, because they want to be socially accepted by others. Studies have shown that pointing out that other people (who are important to you) also behave pro-environmentally results in more pro-environmental behavior. A study that showed the power of social norms used different kinds of messages to motivate people to conserve energy. They found that using a message which stated: ‘the majority of the people in your neighborhood tries to conserve energy’, resulted in larger energy savings compared to messages about protecting the environment or saving money. 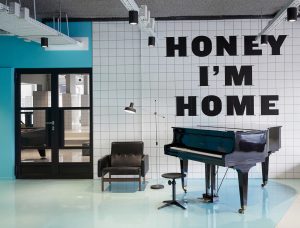 The example of social norms shows that there are other ways than money to motivate people to save energy. Another method that is becoming more and more commonly used for changing people’s energy use behavior, is the use of feedback. A lot of households currently have smart meters, apps or displays that help them to save energy, such as the Toon or the Nest. Indeed, feedback can have a positive influence on energy consumption, especially when the feedback is given in real time. Sometimes feedback is combined with a certain goal people want to obtain, for example to reduce their energy use with 10%. Other times, feedback is given in comparison to the performance of others, like people from someone’s neighborhood. This provides people with some extra motivation to do well in comparison to others.

The behavioral intervention techniques described above have been extensively studied in household situations. However, other situations in which people use energy are far less studied, such as the hotel setting. There are some examples of studied done in hotels, for example, the well-known study on towel reuse. In this study they found that hanging the sign “About 75% of the guests who stayed in this room, reused their towel” resulted in a big increase in towel reuse rates compared to the usual message about the benefits for the environment. Another example is a study about commitment and towel reuse, in which people had to sign a form stating that they would participate in the hotel’s towel reuse program.

To further explore the effects of these kinds of interventions, our research team, consisting of Michel Handgraaf (project lead), Anouk Griffioen (PhD), Lieke Dreijerink (PhD) and myself (project coordinator), have set up a ‘living lab’ at three locations of The Student Hotel in the Netherlands (Amsterdam, Rotterdam and The Hague), in collaboration with Bectro Installatietechniek and The Student Hotel. In these hotels, we have installed extensive measurement equipment with which we can measure the hot water use and the electricity use (lights and sockets), and monitor presence in the room, and in-room thermostat settings. In this setting we apply theories from social psychology and behavioral economics by conducting behavioral interventions and test the effect of reciprocity, commitment, social norms and feedback. We run our field experiments with both students, who stay for one or two semesters, and with regular hotel guests, who only stay for a few nights. Furthermore, we ask participants to fill out surveys, which allows us to link their energy use behavior to their environmental attitudes, values and demographic characteristics. As the guests pay a fixed price for the room, and therefore don’t have to pay for their own energy use, this setting provides the perfect place to study what motivates people to act pro-environmentally when financial incentives are absent.

For more information about our project ‘Saving energy when others pay the bill’, visit our website: www.energybehavior.com 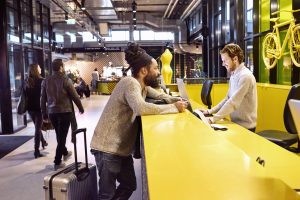 essay on police reforms in india in hindi – project coordinator