Radiation in the rainforest

We opened this series of blogs by asking “does the rainforest talk to the clouds?” The post “I want one” puts us in a good position to understand how we measure this: through the turbulent exchange of heat and moisture between the rainforest canopy and the overlying atmosphere, captured e.g. by a scintillometer. It is the water transpired by trees and transported upwards by thermal structures that forms the woolly clouds we observe early in the day, and the intimidating showers we sometimes see in the afternoon.

But do the clouds also talk back to the rainforest? One answer to this question lies in radiation, the beams of light emitted by the sun. When such a beam strikes a leaf, e.g. in a tree crown, it will heat that leaf. The leaf will in turn emit that heat and sweat moisture back to the atmosphere, laying the basis for later clouds. So it isn’t so far from the truth to say that radiation, through trees, drives cloud formation over the Amazon.

But how much radiation is received by the trees? This depends of course on the time of day, but also on whether a given leaf is shaded by one higher up in the canopy. And finally, it depends on the clouds, which reflect and scatter the incoming solar radiation. So it is our hypothesis that yes, clouds do in fact talk back to the rainforest, by regulating the horizontal radiation patterns at canopy top (see picture above).

In the CloudRoots campaign, we attempt to measure temporal, horizontal and vertical variability in radiation by deploying special radiation sensors – radiometers. These sensors (the star of all pictures in this post) were developed and built by Bert Heusinkveld and Wouter Mol at MAQ in the Netherlands at a fraction of the cost of an industrial-standard radiometer. Yet, they accurately measure radiation in several intervals over the visible light spectrum. This allowed us to bring many – nine – sensors to Brazil. 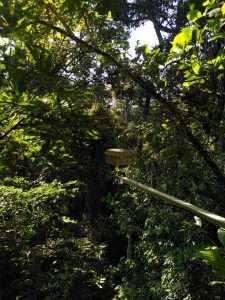 Picture 2: One of five radiometers deployed in the canopy, measuring the radiation extinction brought about by the rich population of leaves.

Five radiometers are deployed in a vertical profile on the so-called INSTANT Tower (80 meter high), which stands in the dense forest (picture 2) with trees reaching 36 meters. These measure the extinction and variability of light through the canopy; how much radiation is received by leaves at different heights.

The last four sensors are deployed above the canopy at different spatial locations scattered across the ATTO site, to measure the horizontal radiation patterns induced by clouds. One of them measures radiation at 322m altitude, atop the Tall Tower (picture 3); it arguably has the best view of any of the CloudRoots instruments. 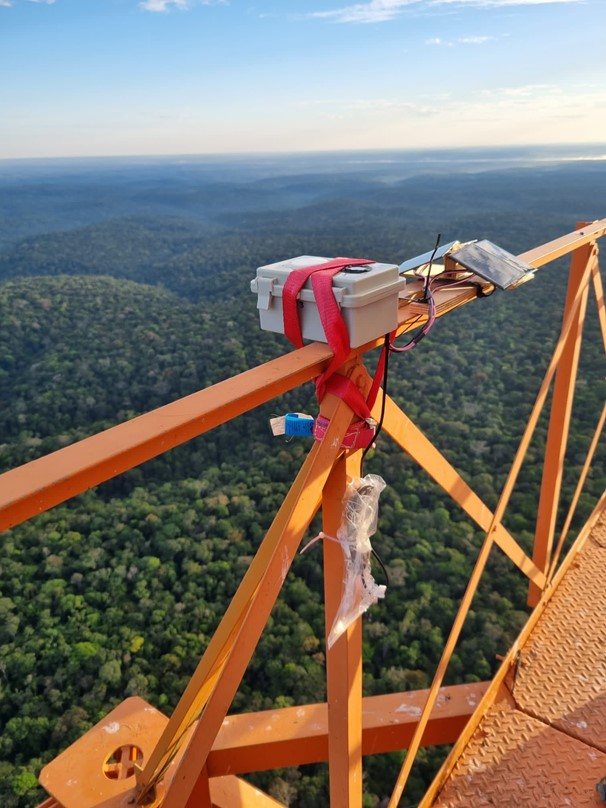 These measurements give us one more piece to put together the puzzle of how the forest and clouds really communicate. But we will only understand the motif of that puzzle once we assemble all its pieces. We will describe a few more of these pieces, which come from the other fantastic equipment deployed here, in the coming blog posts.