Water and soil, an inseparable pair

At Wageningen Environmental Research, I am a researcher in t...

For many decades, researchers all over the world have attempted to understand and describe the interactions that take place between water and soil. This is important, because of the impact that water and soils have on our lives. Crops will not grow properly in a soil that is too wet or too dry, and this can also cause subsidence, which can damage buildings. It is the soil that determines how quickly things return to normal after a flood, and specific soil properties can help prevent dyke breaches.

In the early hours of 26 Augustus 2003, a roughly 60 metre section of dyke shifted several metres towards the village of Wilnis. As a result, about 230 000 m³ of water flooded into a residential area. Some 1 500 residents were evacuated, and the damage totalled about €1.4 million. To stop the flooding, the ring canal was closed off at both ends until repairs could be carried out on the dyke. The sewer capacity and properties of the soil determined how fast the water level then dropped again in the area. After a while, the water table also dropped, causing secondary damage due to subsidence, resulting from ground shrinkage and settling, and damage to foundations.

The cause of the dyke breach was investigated in detail and was found to be a long period of drought combined with the particular type of soil used to build the dyke. The reduced water content and the soil properties in the dyke, which was largely composed of peat, meant that the dyke mass was reduced considerably and began to crack due to shrinkage, and the peat formed a partially waterproof layer. These hydrophysical soil properties meant that the peat in the dyke was unable to return quickly enough to its original properties following a period of rain: the absorption of water stagnated, the mass did not increase and cracks were not repaired by swelling up of the soil as it absorbed water. As a result, the dyke began to float in places and the horizontal pressure of the higher water level in the ring canal pushed the dyke into the residential area.

The Dutch government recognises the importance of hydrophysical soil properties and therefore considers the identification and systematic definition of these properties to be a statutory research task. 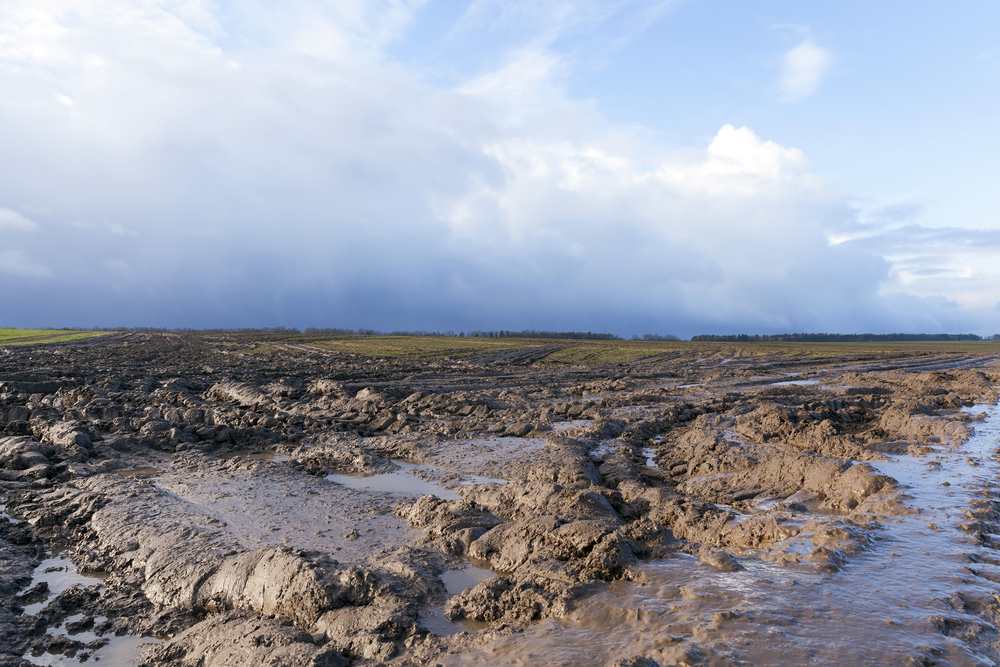 What are the consequences of soil compaction?

It is clear that a better understanding is required of the interaction between water and soils, but this is easier said than done. Soils are incredibly diverse, with an infinite number of possible compositions, made up of particle size distribution, particle shape, aggregate shape, organic matter content, density and shrinkage and swelling properties. And then of course there is the influence of temperature, water-repelling properties and changes in time that can influence the effect of water in the soil.

Nevertheless, researchers are starting to describe the interaction between soil and water in series of semi-permanent parameters for each soil type, or hydrophysical soil properties. These properties can be used to better manage soil water content, for example, using irrigation, or to determine the effect of an increase in the water table on greenhouse gas emissions in a certain area. The Dutch government recognises the importance of hydrophysical soil properties and therefore considers the identification and systematic definition of these properties to be a statutory research task.

Food is a basic human need, and a growing world population means that demand for food and suitable growing conditions for crops is increasing. This in turn requires good ground, water, infrastructure and labour. Food security, food safety and food quality are important themes. Climate change presents an extra challenge, because how are we going to deal with periods of drought or flooding that can lead to water stress, salinization and erosion?

Climate change presents an extra challenge, because how are we going to deal with periods of drought or flooding that can lead to water stress, salinization and erosion?

Europe will work on such issues relating to water and food in the coming years, based on the sustainable development goals (SDGs) drawn up by national governments of the Member States of the United Nations. Each soil type has a different water retention capacity and speed with which it transports water. Related to this water transport and water retention, the transport of dissolved compounds and oxygen is controlled by the root system. Hydrophysical data is combined with weather forecasts and other data to optimise crop growth. Crops should not be irrigated too much or too little, and there must be enough oxygen in the soil. The leaching of dissolved compounds from groundwater must also be limited. This can be done using predictive models based on hydrophysical soil data. This brings us a step closer to precision agriculture.

The examples given above are just a small selection of the many ways in which hydrophysical soil data can be applied. The collection and modelling of this data is improving all the time. However, data collection techniques are still time-consuming, which is slowing the development of large-scale, universally applicable databases. Innovation in and the standardisation of techniques is stagnating, because although it is recognised in reports on socially-relevant projects that such data is required to solve the problems presented, its collection does not receive particular attention. 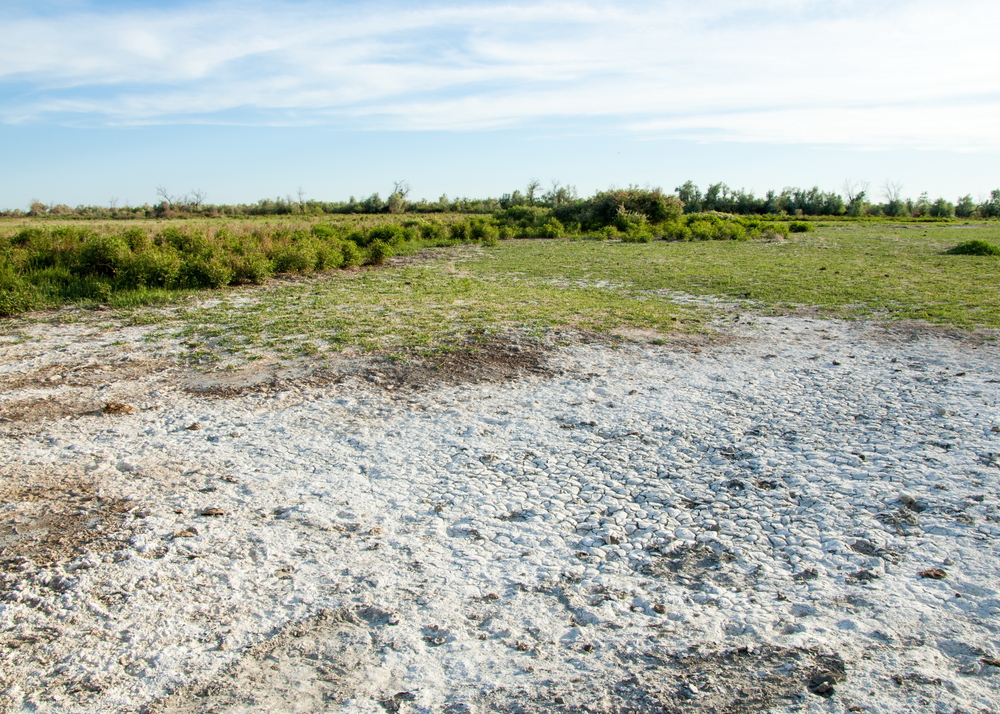 SOPHIE has been developed to do something about this, and as a response to the large, shared interest in a good, detailed hydrophysical soil database. SOPHIE (Soil Program on Hydro-Physics via International Engagement) is working to establish an international network that will develop more cost-effective and efficient monitoring techniques for the field and the laboratory. SOPHIE will focus on improving standardisation and harmonisation. This is required because the discipline is still relatively young, and the variety of high-tech and low-tech techniques used in Europe make it difficult to compare data. Standardisation and harmonisation make it possible to compare data gathered by different countries and organisations so that this data can be used in the political decision-making process, for example at the EU level.

These results depend on good data: everyone knows this, but it is easy to forget if it is not explicitly named.

SOPHIE recognises that there are many ways in which the situation can be improved, but these all require the general acceptance, validation and standardisation of techniques. One example is the application of existing remote and proximal sensing techniques to techniques suitable for soil research. Applying these techniques in combination with modern field and laboratory techniques can produce fast, efficient methods for determining specific hydrophysical properties on a large scale. These properties can then be used directly in large-scale studies, for example into the effects of buffer strips alongside watercourses on the leaching of pesticides, or the effect of a drop in the water table on crop production in a certain area. If the collection and interpretation of soil data is synchronised across all the Member States, the data can be used in harmonised surveys, as predicted for LUCAS (Land Use and Coverage Area frame Survey).

To achieve its objectives, SOPHIE organises meetings and develops project proposals together with partner organisations. It helps if someone who reads or hears about socially relevant research results learns more than just the results. After all, these results depend on good data: everyone knows this, but it is easy to forget if it is not explicitly named.

Visit the website of our Sustainable Land Use programme >

At Wageningen Environmental Research, I am a researcher in the Soil, Water and Land Use team and have a background in soil hydrophysics and landscape design. I also hold a shared position as head of the Soil Hydrophysical Laboratory with a colleague from the university and recently, together with other inspiring colleagues, I have founded the SOPHIE platform. Data collection is not an end in itself. Nevertheless, I now see that in the resolution of social issues, too little attention is regularly paid to good basic basic data. It is my conviction that good fundamental data, combined with a process-oriented approach, in which the basic question is always central, is necessary for valuable research. From this sprouts my motivation and passion for the work and my interest in the motives of other people.