After renovating their home, some people actually start using more energy. Researchers from Wageningen signalled that behaviour plays a big role and they now help local authorities, energy cooperatives, and housing cooperatives to provide customised solutions. This is achieved by both installing advanced heating systems and insulation as well as by trusting the residents to be experts in their own energy use. What actions do you take to be more energy efficient? What else can be done?

To achieve climate neutrality in the Netherlands, we have to start adapting our homes on a large scale. Strangely enough, it appears that some people use more energy in their renovated home than they did before. This is because the renovation programmes do not sufficiently account for the way people use their homes, says Bas van Vliet, Associate Professor of Environmental Policies at Wageningen University & Research.

“People who go from a single gas heater to a full central heating system can now heat all the rooms. Or residents of houses with a linked heating and ventilation system open the windows, meaning that it needs additional heating”, says van Vliet. The result is that a house that was upgraded from energy level E to B could suddenly use more energy. “The energy label says something about the house, but does not say anything about the actual energy use, and as such it has no real meaning”, says Van Vliet. “People can also receive higher energy bills than they were expecting if they only look at the energy label of the house.”

“ Engineers are great in devising technologically advanced new energy systems, but the majority of households do not think like a business or engineer. Consumers are experts in their own use. If we listen to them, we can discover how we can achieve better energy systems.”

“This problem can be avoided by involving residents in the renovation, and by mapping their energy use and desires”, states Van Vliet. “If you can estimate the future use based on the current use, you can offer a more diverse, better customised renovation programme.” For instance, for people who like to open the windows, the ventilation and the heating can be set up separately. In addition, population groups can differ widely in their norms and practices regarding showering, cooking, or heating. This also needs to be taken into consideration, especially in a cosmopolitan city like Amsterdam.

Listen to the consumer 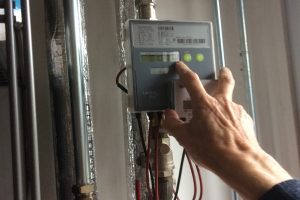 “Engineers are great in devising technologically advanced new systems in projects regarding smart electricity networks, energy storage, and smart meters”, explains Van Vliet. “But the majority of households do not think like a business or an engineer.” Research conducted by him and his colleagues focuses on consumer energy use and choice, for instance for cooking, showering, washing, electrical transport and heating. Why, how, and when do people use energy? “Consumers are experts in their own use. If we listen to them, we can discover how we can achieve better calibrated and socially acceptable energy systems.”

A different research topic focuses on owners of solar panels. “You often see that people supply clean, but use dirty. This means that they generate energy during the day, but they primarily use it in the morning and the evening, like most people. Often, they cannot cook or shower at a different time, but you could put on a load of laundry in the afternoon perhaps”, says Van Vliet. “Residents are expected to actively participate in the management of the energy network. We research how you can prepare residents for this.”

Van Vliet and his colleagues work with the Amsterdam Institute for Advanced Metropolitan Solutions (AMS), in which universities, government, businesses and social organisations collaborate in finding solutions for complex challenges in metropolitan areas like Amsterdam. Van Vliet and his colleagues and students conduct a lot of participatory research. They attend residents’ meetings, organise workshops or arrange “serious games”. These are games in which people think about the different energy scenarios in their neighbourhood or village. For example, scenarios in which a house uses a lot less energy but which has a higher rent or mortgage costs. Or the question whether the energy from solar panels is better stored in your house or in the neighbourhood, and whose responsibility it is. “These types of questions make people aware of their choices and provides us with information about how the choices are made and what they are based on”, explains Van Vliet.

Van Vliet emphasises that nowadays, with various energy suppliers and types of energy, such as grey and green, and the new ways to generate sustainable energy, more engagement from citizens is required. “The consumer is increasingly becoming the energy producer and co-network manager.” This holds true for Van Vliet too. He shows us the app on his mobile phone which measures how much energy the wind turbine in Noord-Holland, of which he bought a small part, has generated over the past few days.

In this video (in English), researcher Robin Smale talks about the changing role of citizens in a decentralised energy system. The video forms part of the Massive Open Online Course (MOOC):

Bas van Vliet conducts research into socio-technological change in the field of sanitation, water, waste energy infrastructures, and energy management, among other things, and is connected to the AMS Institute. “My impact is through education as well. I educate a lot of students who gain employment in the energy sector, in engineering offices, in government, or who start their own business. Due to their background in Wageningen, they are able to make a significant contribution to making the Netherlands more sustainable.”