Diurnal or nocturnal animal due to recreation?

Fear of people can lead diurnal animals to become nocturnal. This hampers their search for food, which may impact threatened species. Wageningen ecologists collaborate with National Park de Hoge Veluwe to monitor animal activity using camera traps around the clock. Thus, they measure how wildlife such as red deer, roe deer and mouflons adapt their day rhythm, eating behaviour and terrain use to varying numbers of visitors in the area.

‘We study whether animals are forced into the night by their fear of humans. In other words, whether diurnal animals turn nocturnal’,  ecologist Patrick Jansen explains. He says some situations would suggest this. Deer in the Oostvaardersplassen, where there are no human visitors, forage for food during the daytime. Domesticated deer in deer reservations are also active during the day. And, in 2001, when an outbreak of foot-and-mouth disease caused all the Dutch nature reserves to be closed, rangers saw that otherwise wary animals fed in open terrain in broad daylight within a week. ‘However, we don’t know how this would normally work in nature reserves’,  Jansen states.

“Nature reserves are becoming busier. It is important to understand how this affects nature.”

To gain insight into these and other questions, Jansen and his colleagues have been conducting a long-term investigation in collaboration with the Hoge Veluwe national park since 2013. Almost 70 camera traps have been placed throughout the park to register when and where animals are active and searching for food. The cameras are equipped with an infrared sensor, Jansen explains. ‘They respond to heat and take a series of pictures when an animal passes by.’

The camera traps record behaviour without disturbing the animals, in contrast to methods that require animals to wear a tracking collar. Moreover, they are cheaper and enable researchers to monitor specific parts of the terrain. 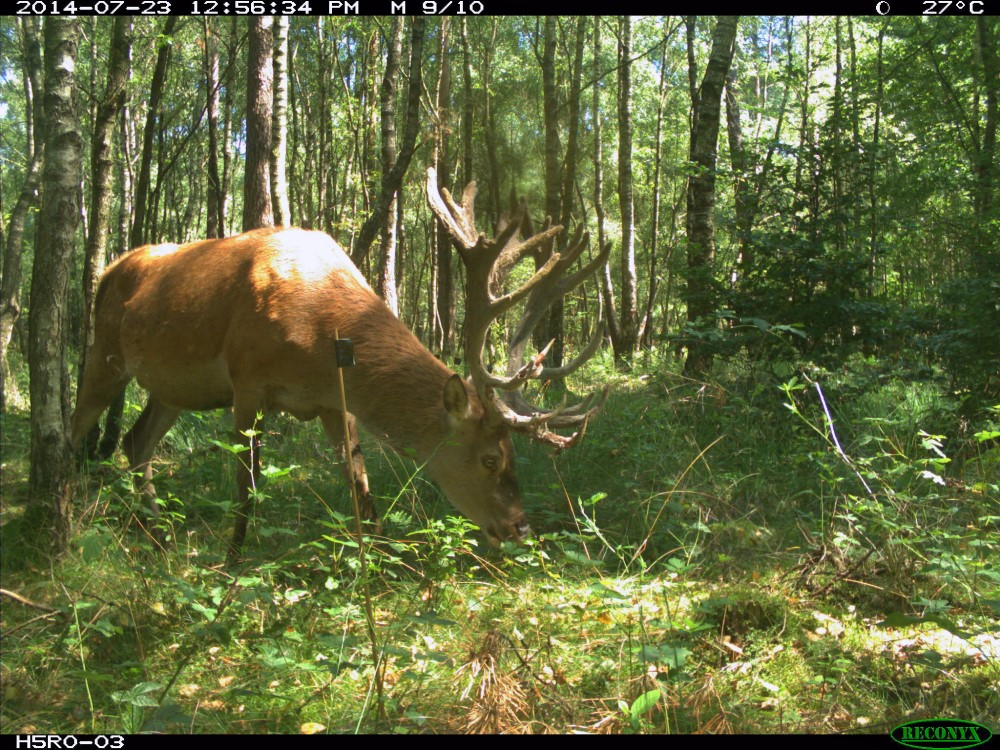 The photographs provide the ecologists with an excellent view of the animals’ activities at certain times in certain locations, such as on the open heath plains, or in the forest. ‘Especially at sunrise and sunset, we see an enormous increase in activity’, Jansen says. ‘To determine to what degree recreational activities impact the wildlife, we study how these peaks in animal activity change with altering opening hours in the parks during the year.’

The corona outbreak has also contributed to the research. Initially, the opening hours weren’t gradually extended on 1 April and 1 May as normal, but only on 15 May, because there were too few visitors. ‘For a full two months, there were extra hours of daylight without humans.’ 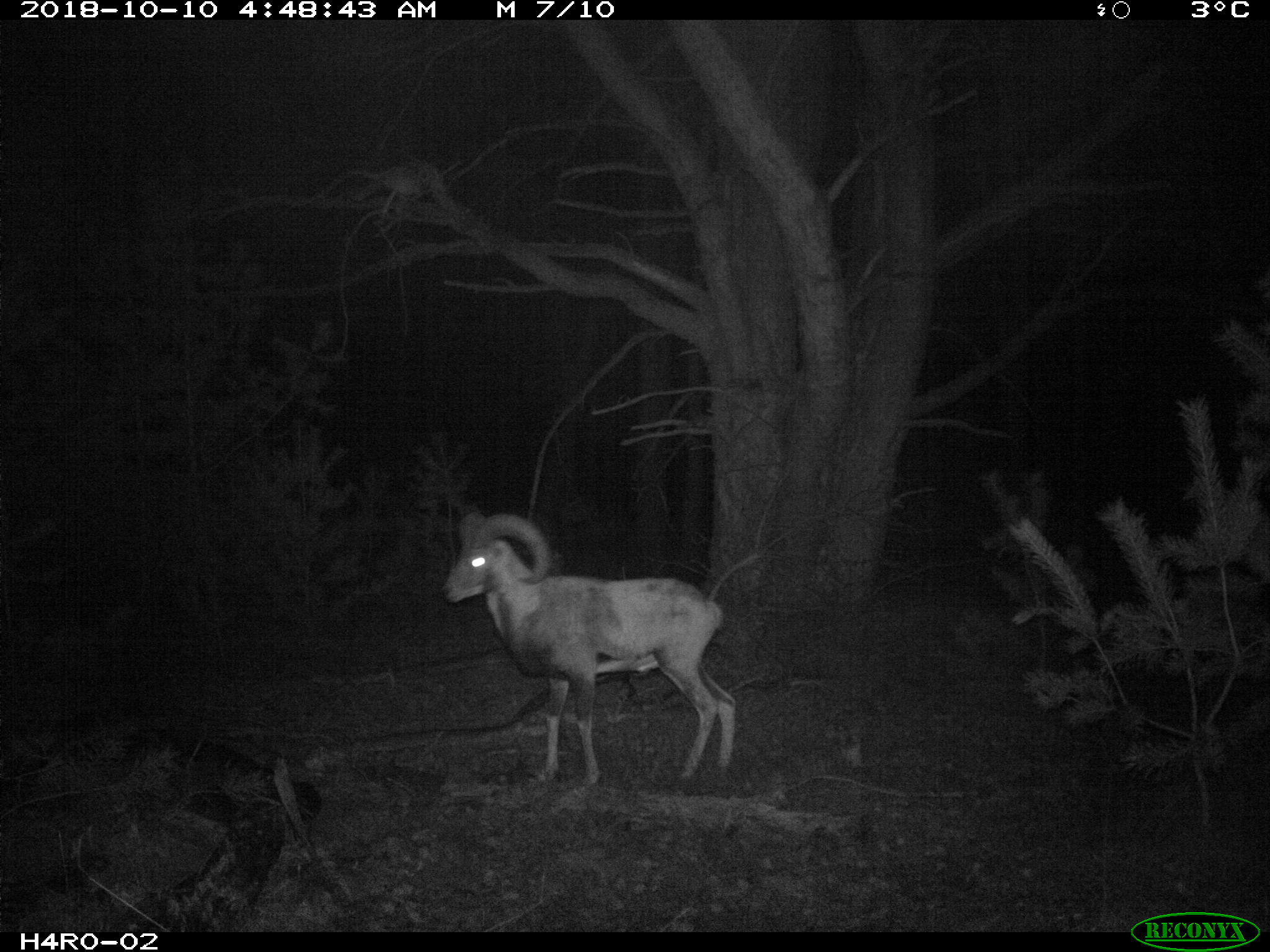 Previously, hikers on the Hoge Veluwe were permitted to stray from the paths, but this has been prohibited since 2016. ‘Particularly photographers hounded the animals’, Jansen explains. This change is also included in the study. The pictures from the camera traps show that the animals are less wary since this new rule. ‘The images show whether an animal is alert or eating calmly. But we have not yet seen changes in herd size or distribution.’

Jansen is not yet able to answer the question of whether human interference is causing diurnal animals to turn nocturnal. Many images still await analysis. The general public will be involved in this analysis. On Snapshot Hoge Veluwe anyone interested can help by checking out photographs and identifying what they show.

On Snapshot Hoge Veluwe anyone interested can help by checking out photographs and identifying what they show. Photo (camera trap): Yorick Liefting/WUR.

‘There has been much commentary on animals being disturbed by leisure activities. Increasingly, people spend time outdoors in nature, for example, to work out. Nature reserves are getting busier. It is important to know how this affects nature.’ Jansen stresses that some breeding birds are restricted as a result of recreation according to the Sovon Bird study, which results in lower breeding success.

‘Having to hide is not a problem for the deer on the Hoge Veluwe. This species is doing well. However, it does pose difficulties for rangers, who want the animals to be visible to the public’, Jansen indicates. The trees in the national park are under stress, however. Fearful deer retreat into the forest. ‘There, they eat the deciduous saplings, preventing them from maturing. Many forest managers would prefer more deciduous trees and fewer pine trees, which evaporate much water. While deer prefer to seek food in the nutrition-rich open areas during the day, they avoid these locations when there are many visitors.’ 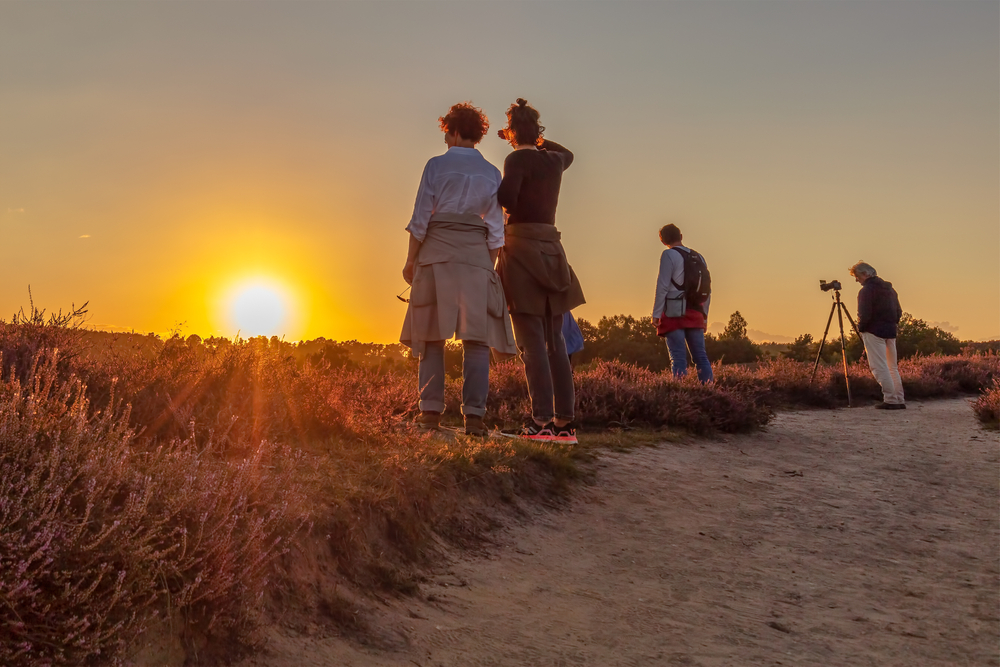 ‘Especially at sunrise and sunset, we see an enormous increase in animal activity. To determine to what degree recreational activities impact the wildlife, we study how these peaks change with altering opening hours.’ Photo: Martin Bergsma/Shutterstock.

However, these mechanics may pose a risk to threatened species, the ecologist says. ‘If timid animals frequently flee from humans, this impacts their food intake, and ultimately their chance of survival and procreation. In our research, we attempt to unravel this principle and understand how this works.’

After his masters in Biology, Patrick Jansen obtained his PhD on the distribution of plant seeds by animals in tropical rainforests. He is currently involved in various international research networks, which includes the world’s largest monitoring programme with camera traps. You may also know him through his bi-weekly column in Trouw newspaper, in which he discusses his views on nature governance. ‘I want to know how nature works and how nature conservation can be most effective. Thus, I want to contribute to halting the large scale extinction biologists currently observe.’