Displaced persons in Congo are receiving basic emergency aid in the form of saucepans, soap and buckets. Development economist Maarten Voors is examining what this strategy is actually achieving. The emergency aid seems to be having a very positive effect on the resilience and mental health of displaced persons. They are becoming more enterprising and more hopeful for the future. Do you have any ideas or questions related to emergency aid to refugees?

In the east of the Democratic Republic of Congo, large groups of people are fleeing from the violence being perpetrated by rebel groups and soldiers. “They usually find refuge with family, friends or total strangers in villages one or two days’ walk away,” says development economist Maarten Voors. “They’ve had to leave everything behind and their host families are often very poor themselves.”

That is why the UN is distributing vouchers to the poorest refugees so that they can buy essential items such as pots and pans, clothing, fabric, mattresses, blankets, buckets and soap at a special market. Households receive vouchers worth a total of 55 to 90 dollars, depending on the size of the family.
The poorest 10 per cent of the villagers also receive these vouchers. “Even the poorest villagers give shelter to refugees. Some of the host families were once refugees themselves. Many people in these areas are constantly on the move,” says Voors. 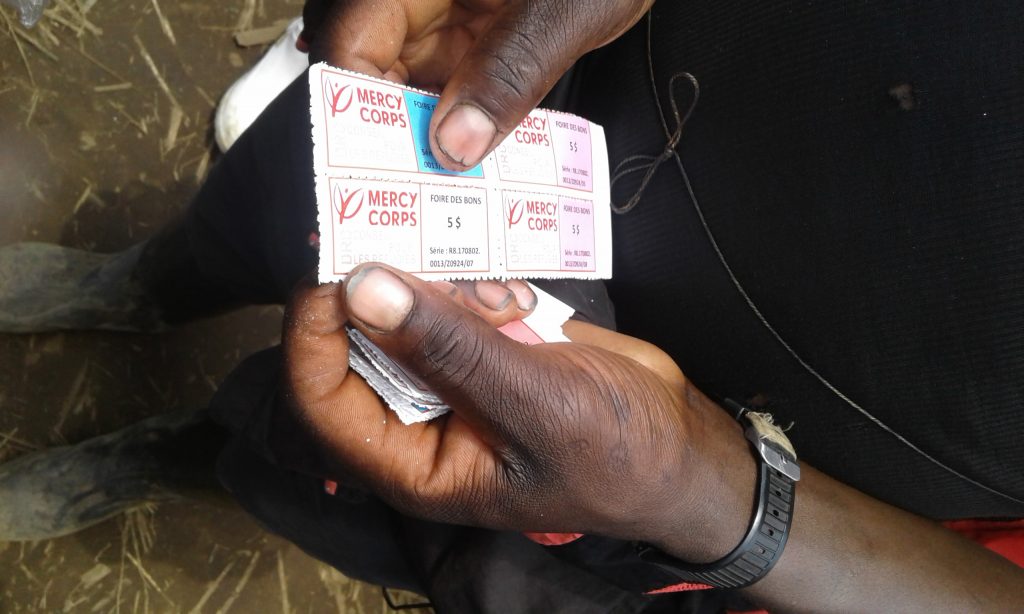 Development economist Maarten Voors has been conducting a field experiment in the east of Congo with colleagues from the Congolese Université Catholique de Bukavu, New York University and Simmons University. They studied the impact of this type of emergency relief. “It’s very relevant, given that it affects millions of people every year,” says Voors. The non-profit organisation International Initiative for Impact Evaluation (3ie) funded the study.
The study was conducted in 31 villages over a period of one year. “As soon as an NGO reported that refugees had arrived in a village, we sent a mobile study team there,” explains Voors. The study was conducted with great care and discretion, he stresses. “That’s how we could see that the improvements were really down to the programme and not to something else.”

For the study, seventy extra households received emergency aid in addition to the group that the aid organisation had already nominated to receive the UN vouchers. “These are the families that don’t qualify for the vouchers but are still very poor,” says Voors. Of these households, seventy randomly selected households did receive the emergency aid and seventy others did not. The study team questioned and visited both groups at the start of the study and again six weeks later. The team also looked at people’s mental and physical health, their material conditions and their social integration. “You wonder, for example, whether the aid is causing conflicts or whether the opposite is the case – that people are actually sharing it,” explains Voors.

“ With simple and concrete aid that costs relatively little, you can give people back some hope and perspective.”

The researchers can now confirm that the relief items are promoting social cohesion between the displaced persons and their host families. The items are being shared, swapped and exchanged. There is also an increase in the material resilience. This can be due not just to the items themselves, but also to the increased food security and people’s enterprising nature. “The people receiving the emergency aid are becoming more enterprising and are gaining the confidence to invest in something,” explains Voors.

The greatest positive effect is on mental health. People are experiencing less stress, sleeping better and have the feeling they have more control over their lives. However, physical health has not improved and child mortality has unfortunately not decreased either. “Perhaps we needed another six weeks to see changes in this area,” says Voors. “We now want to look at the effects in the long term and we hope to be able to say more about that this summer.”

He is very happy with the results of the study up to this point. “With this simple and concrete aid, which costs relatively little, we can again offer people some hope and perspective. The UN programme that provides the vouchers is really huge, so it’s helping a huge number of people.”

For years, Maarten Voors has been conducting research in areas that are being or have been ravaged by conflict.

In 2012, his study in Burundi, of victims of the civil war, caused quite a stir. A large-scale survey and a field experiment both indicate that villagers in conflict zones are more willing to work together. The field experiment was based on the behavioural experiments with money that were developed by psychologist and Nobel Prize winner Daniel Kahneman.

More altruistic due to war

Voors saw that victims and people from villages with large numbers of victims are willing to share much more. “Everything points to the fact that the shock people have experienced due to the conflict leads to greater cooperation and altruism, yet the prevailing idea among economists was actually that war leads to a breakdown of trust,” says Voors. This research was replicated frequently elsewhere. “For governments, companies and development organisations that want to implement or evaluate policy or projects, it’s very important to know how people interact with each other and how their policy is working,” concludes Voors.

Maarten Voors specialises in quantitative research in former conflict zones in Sierra Leone, Burundi, Liberia and Congo, amongst other countries. “From a scientific perspective, I’m particularly interested in how people, organisations and governments make choices. With our impact study, we can make a significant contribution to the development of sound strategies.”