Rewilding nature in the Netherlands and Europe

Nature is more than just living plants and animals. Dispersing sand or overflowing rivers create habitats for species that thrive in these specific conditions. Wageningen scientists study opportunities for rewilding regions in the Netherlands and Europe. Wilder nature with swampy river banks led to breeding areas for different fish species in the Marker Wadden, which significantly enlivened the Markermeer.

“We decide which tree species we think are suitable for the location and plant them. I think: Keep off it, let it go, leave it to nature.”

‘Rewilding aims at making room for natural processes, including abiotic ones, such as flooding, water level changes or drift sand. Then there is also the biotic side, which brings back important missing links in the food web. Sometimes that means predators, but in the Netherlands it often means large grazers. Since indigenous wild cattle and horses are extinct, this role is taken by Scottish Highland cattle, Galloway cattle, Heck cattle, aurochs, Konik horses and nowadays the European bison too.’ 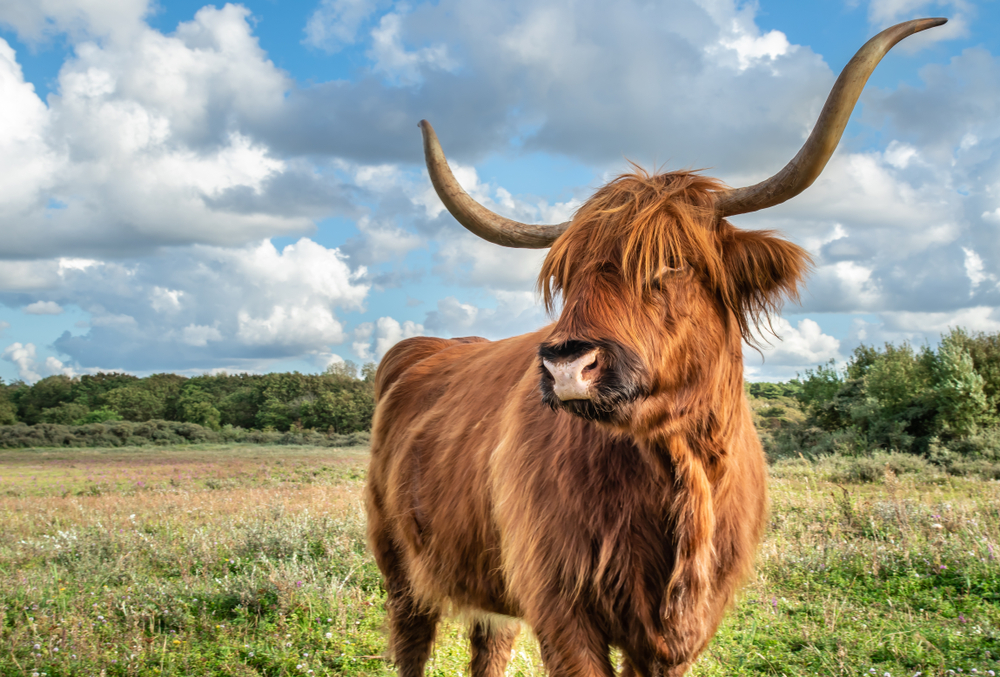 Large grazers, like Scottish Highland cattle, are common in the Netherlands (Photo: Shutterstock).

So as to bring back pristine nature?

‘What we set in motion will definitely not be pristine nature. The fact is that the starting point in the delta is a landscape featuring dykes and dams, so it is dominated by humans. Nature should be given free rein wherever possible under those conditions, rewilders believe. Whereas Dutch nature policy has historically been dominated by the idea that humans are essential as managers if biodiversity is to be maintained.’

Doesn’t nature need us too, though? Heathland has to be kept clear, pools have to be deepened for amphibians, etc.

‘Of course, we can maintain fantastic vegetation and keep animals happy, but those species had a place in the landscape before we started uprooting trees or deepening pools. Our current nature management is too focussed on maintaining the status quo: moorland on the left, woods on the right, and it must never change. That’s not how nature works; nature is dynamic. In times of climate change especially, nature should be given the chance to adapt. Nature can still take care of itself very well. Even in a densely populated country like the Netherlands, opportunities frequently arise to give natural processes a chance.’

‘When we create the planned new climate forests in open spaces, we decide which tree species we think suitable for the location and we go ahead and plant them. That makes me think: Keep off it, let it go, leave it to nature. It might take a little longer before you’ve got the forest you want, but you will get all kinds of interesting intermediate phases, with habitats that many species like to make use of. This is a golden opportunity to make the Netherlands a little bit more natural. And that really doesn’t always have to mean large grazers.’ 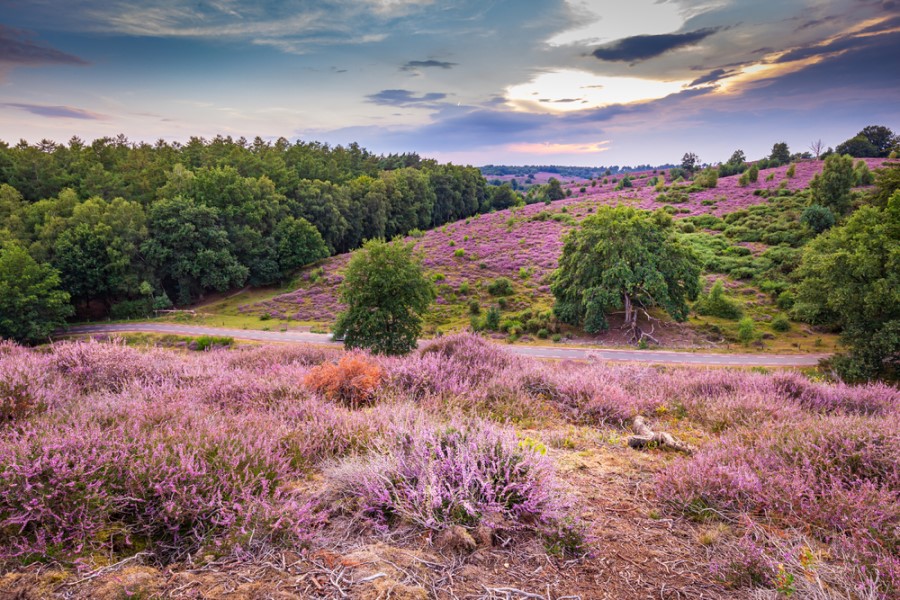 Our current nature management is too focussed on maintaining the status quo: moorland on one side, woods on the other (Photo: Shutterstock).

‘At the moment, the Markermeer lake is actually just a bathtub surrounded by dykes. Fishers complain that the fish stocks have collapsed. Our research on and around the Markermeer clearly shows how incredibly important shallows and wet zones along the shore are for birds and for breeding and young fish. Bringing back natural land-water transition zones such as marshy banks and inundated grasslands is crucial to how well the lake functions. I see that as rewilding too. How to put that into practice and what conditions apply will be one of the main topics of my research.’

‘Everyone knows about the return of iconic species like the sea eagle, but it is hard to give a simple answer. There are also places where large grazers have wreaked havoc with the habitat of a rare plant. But then other species take their place. I’d like to do more research on that.’ 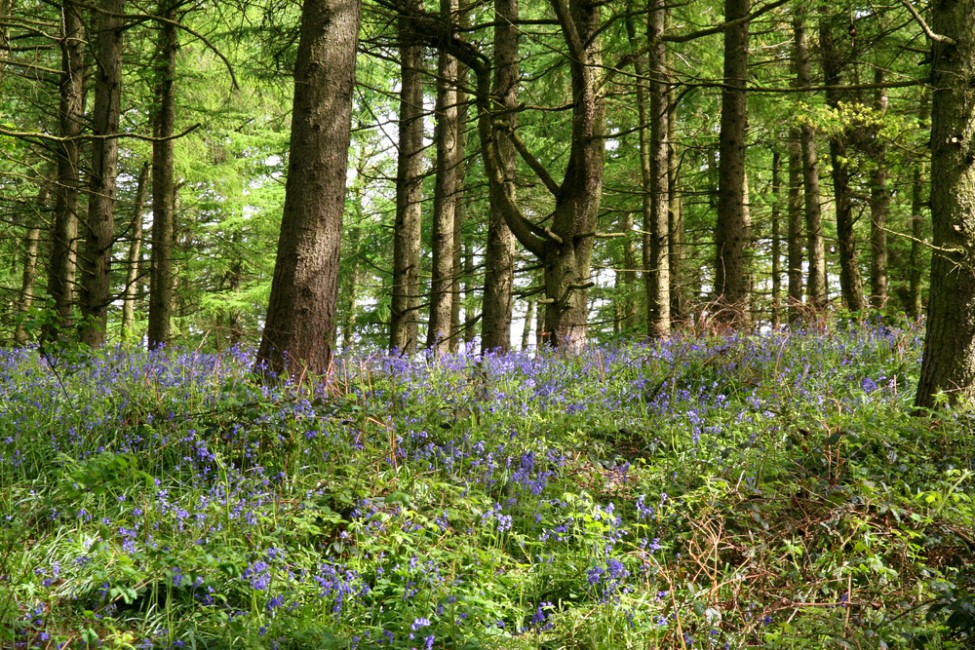 Nature can take care of itself very well, but should be given the chance to adapt (Photo: Shutterstock).

‘Most of the literature about rewilding consists of opinion papers, and there are very few solid studies that delve into the results: what happens if I do this or that? And the Dutch contribution to the literature is negligible, even though we are pioneers of rewilding. There’s lots of monitoring data and results from the Ruimte voor de Rivier project to reduce river flooding, for example. It’s time to show people, at home and abroad, what we have achieved in the Netherlands.’

‘To be clear, rewilding doesn’t rule out other forms of nature management. I’m not suggesting putting a herd of Scottish Highland cattle in grassland that is a little floral gem amidst farmland, but there are plenty of areas of the Netherlands that are not little gems, and a lot can be done there. I see rewilding as a different approach to making our degraded landscape more beautiful.’

Is that popular? The Oostvaardersplassen have been controversial for years.

‘To me, the Oostvaardersplassen are not the best example of rewilding. Other approaches are possible. Rewilding is an action plan for making the landscape wilder and more natural. The question should always be: what steps can I take, given the physical and social context? If there is no popular support for letting the large grazers starve before our eyes, that’s where the line is drawn now.’

Join the free online symposium ‘Connecting Rewilding science and practice’ on 3 December 2020 from 9:30 to 16:30 CET.

Liesbeth Bakker studies nature management and nature development. After graduating in Biology at Groningen University, she obtained her PhD in Wageningen in 2003. She has worked for the National Institute for Ecology (NIOO-KNAW) since 2005, where she broadened her research to include aquatic systems. In 2020 she was appointed special professor Rewilding Ecology, a chair supported by Rewilding Europe. ‘I have always been fascinated by animals, I started spotting birds at the age of eight, and haven’t stopped since. Later I also became fascinated by mammals, grazing animals in particular. They have a significant impact on the landscape, and thus on other animals and plants. Many indigenous large grazers have disappeared or become extinct, such as the auroch and the tarpan, the wild horse. By reintroducing large animals into the landscape, or by introducing alternative species such as oxen and horses, the role of natural processes in nature is increased. This also applies to a natural water level. This type of nature development is called rewilding, an approach where you allow nature to manage itself as much as possible. We have plenty of experience with this approach in the Netherlands. I study the results rewilding has on nature in collaboration with nature managers in the Netherlands and elsewhere in Europe.’