Farmers in African countries lose up to 50 percent of their potential yield due to bad seed or even ‘fake seed’. Wageningen scientists are working with local farmers, research institutes, companies, NGOs and government to develop a stronger seed sector. In the context of ISSD Africa, they ensure more effective markets and quality control systems. They also look at how farmers can obtain new crop varieties and produce more varied crops.

“Farmers in Africa lose out on tens of millions of euros every year because they use seed that has poor or no germination capacity,” says Wageningen researcher Marja Thijssen. There is a lot of seed of poor quality and even ‘fake seed’ on the market, where, for example, seeds are mixed with grain and repackaged with copies of real logos. High quality seed requires good starting material, good production lines and good storage options. In many countries, such as Uganda, the government provides certification that larger seed-selling companies can benefit from. Local farmers who grow seed, however, rarely achieve this certification. “The certification service is namely located in the capital,” Thijssen explains. “There are only a few inspectors, and they do not get out to all the regions. Logistics are difficult and expensive.”

A solution has been found in Uganda: a decentralized quality system has been set up in which regional inspectors inspect and certify seed. “That works very well, which is why we are now looking at how we can apply this type of system in other countries,” says Thijssen. Thijssen and her colleagues work together with local farmers, companies, NGOs, governments and research institutes under the umbrella term ISSD Africa, which stands for “Integrated Seed Sector Development”. Wageningen University & Research (with Thijssen as strategic advisor) manages ISSD Africa, which works on nine seed issues including policy, quality, diversity, markets, climate change, gender, disasters and fragile states.

Since 2010, ISSD Africa has focused on the development of the seed sector in 16 Sub-Saharan African countries, including Ghana, Ethiopia, Uganda, Mozambique and Burundi. In many countries, agricultural yields are not even half of what they could be despite the fact that greater agricultural production helps combat malnutrition and famine. It is crucial to increase production, also because of the growing population and climate change. The changing climate brings with it, for example, drought, shifting seasons, pest infestations and new crop diseases, all of which can seriously threaten overall production. Thijssen says, “remote communities can set up local ‘seed banks’ themselves, which guarantee a wider range of varieties and crops, which allows farmers to better respond to changes.” 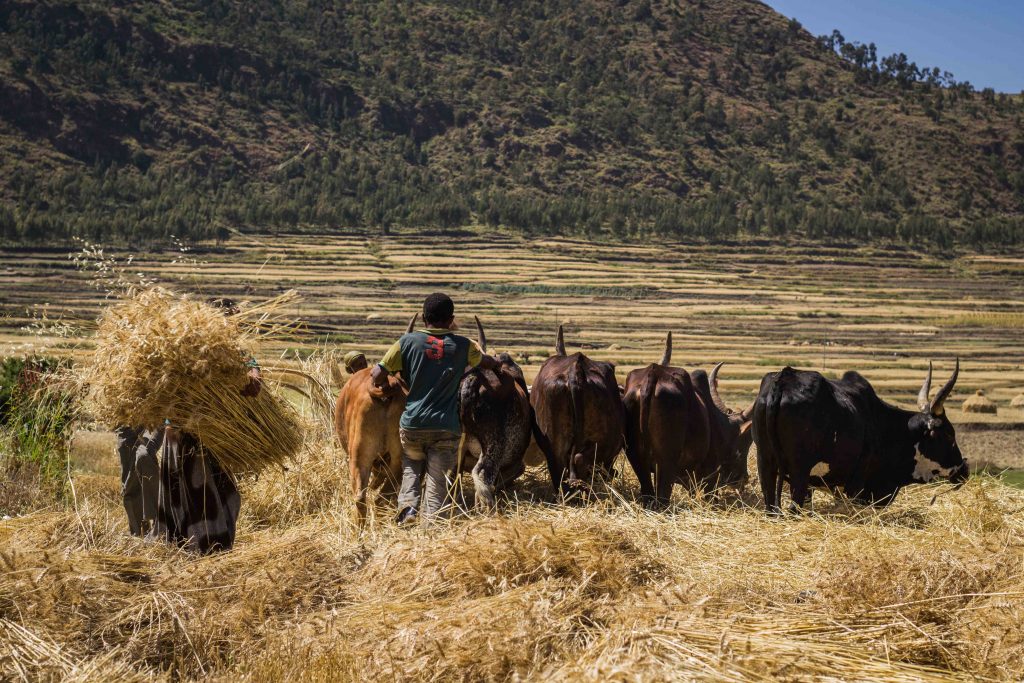 Emergency seed in the event of disasters

African farmers also sometimes lose their seeds due to disasters such as floods, droughts and conflicts, in which case the government often provides farmers with emergency seed. The harvest of the Ethiopian peasant Maliya Yuya, for example, was destroyed by frost. “I get my income from planting potatoes. I could not have survived without emergency seed potatoes,” says Yuya in a video from ISSD Africa. But she does not know where the seed comes from and how good it is. According to Thijssen, bad seeds can destroy more than they save. “Poor seed from unadjusted varieties is regularly distributed free of charge, which not only results in a low or unsuccessful yield, but also disrupts the local seed market. It is better to get seed from the local region than to use seed from far away and unknown sources.”

Furthermore, better seed varieties cultivated by research institutes now often remain on the shelf. “The seeds must first be propagated. That takes a few seasons, during which the companies make no money from it,” explains Thijssen. The Wageningen researchers think that could change when governments start granting licenses to seed producers for the propagation and sale of specific varieties. They are also working on a better interplay between supply and demand. Thijssen offers a case in Ethiopia as an example, where “smaller, 2 kg bags of seed are now being offered in addition to the 10 or 15 kg bags that are far too large for small-scale farmers.”

Seed distribution can also be improved: the situation now is that farmers often send someone to the city to get whatever seed happens to be for sale there. One alternative is the ‘seed tuktuk’ now popular in Ghana: a seed expert rides a cart full of quality seeds around rural communities, selling them to farmers and informing them about their use. Thijssen reports that “the farmers seem to appreciate the seed tuktuks very much.” 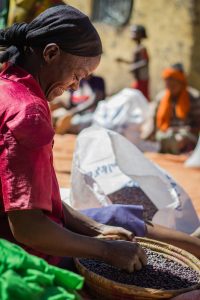 Many of the projects under the ISSD umbrella are successful. “For example, we see that a project involving seed production in Ethiopia has ensured that no fewer than 3.5 million farmers were given quality seed,” Thijssen outlines. “And in Uganda we saw a sharp improvement in the living conditions of farmers through the use of better seeds. Thanks to the higher yields, they can build a house or send their children to school.”
Thijssen emphasizes that professionalization is needed throughout the entire chain, from seed production, seed distribution and seed trade all the way to the field. “Although every country is unique, they often have to deal with similar challenges. A lot is being invested to find solutions. Within ISSD Africa we look at what works where, then we map out how it can work elsewhere too, by rescaling and making adjustments.”

ISSD’s method of working is oriented to both small-scale farmers and larger-scale agricultural companies, as well as to governments that can make a big difference with their policies, legislation and regulations. “There is room for everyone and we embrace the different perspectives. ISSD helps to bring about changes that serve all the stakeholders, without having its own agenda,” emphasizes Thijssen. The initiative is therefore widely supported not only by the Dutch Ministry of Foreign Affairs but also by the African Union.

not doing your homework excuses

Marja Thijssen has a background in plant breeding and leads the seed team within the Wageningen Centre for Development Innovation. “What drives me is that I want to make sure that farmers have a choice of high-quality seeds of different varieties and crops. That can improve their living conditions.”