The black-tailed godwit, the Dutch national bird, is in trouble. Measures to protect the bird are restricted to smaller grassland areas. If the surroundings were richer in nature, this would certainly help. Wageningen scientists are exploring how farmers may be better compensated, and how agriculture and increased biodiversity, such a flower and species-rich meadows, may be combined. This would allow not only livestock but also soil life, insects and meadow birds to thrive.

Researchers of the black-tailed godwit at the University of Groningen determined that 2020 was the worst year ever for the bird. The meadow bird, elected national bird of the Netherlands in 2016, has been doing poorly for several consecutive years. Despite subsidised conservation measures by various farmers, such as protecting nests and mowing after the breeding season.

“ Farmers are keepers of the environment. If we pay them only for the food they produce, we don’t do justice to their crucial role.”

‘Measures were taken to protect the black-tailed godwit over the last years’,  acknowledges Anne van Doorn, researcher and project manager Nature-inclusive agriculture at Wageningen University & Research. ‘However, these measures are restricted to relatively small pasture areas, while the surrounding area lacks nature and is a hostile environment to meadow birds such as the black-tailed godwit. Thus, these measures have little effect’, she explains.

Meadow birds such as the black-tailed godwit prefer a diverse grassland: high grasses and low areas, and not just grass, but also flowers and herbs. These attract insects they feed on, and provide shelter for their offspring. Species-rich grassland also benefits soil life, insects and other birds. But many dairy farms have fields full of English ryegrass. This type of grass is rich in proteins, and protein-rich feed stimulates milk-production in cows. ‘But this type of grassland is detrimental to biodiversity. Moreover, species-rich grass is better suited to survive drought’, Van Doorn says. 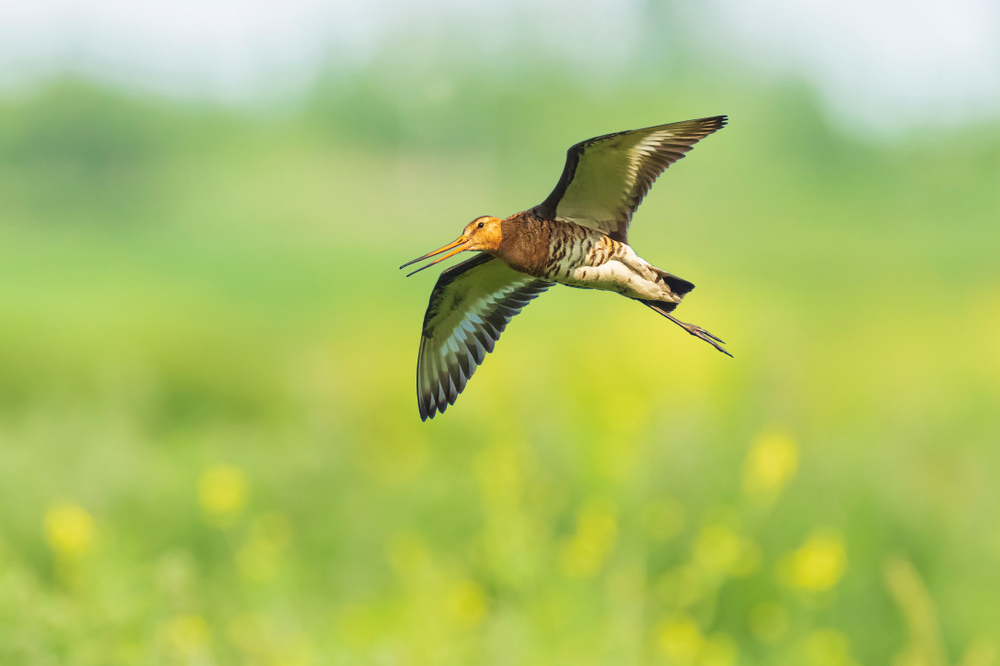 The meadow bird was elected national bird of the Netherlands in 2016.

Nature in our agricultural areas must become richer. Not just for the sake of flora and fauna, but also because of climate change. ‘A larger biodiversity ensures a more robust agricultural system that is more resistant to extreme weather conditions such as drought and high levels of precipitation. In agriculture, we have almost forgotten that the soil is a living organism, and that healthy soil is better able to absorb and retain water. An essential quality in extreme weather’, Van Doorn explains.

‘Now, we know that simply having a few farmers reserve some acres for species-rich grassland is insufficient. In fact, the ecological quality of the entire rural area must be improved. This means more plant and animal species so that a natural equilibrium can develop. We need to move towards a robust agricultural system in which man and the black-tailed godwit can co-exist’,  the researcher states.

Currently, farmers receive money for the food they produce, and, sometimes, for measures they take to contribute to agricultural nature management. ‘They are barely compensated for efforts to care for the soil, plant and animal species and the environment. Nor for fortifying agriculture against changes that result from climate change.’ 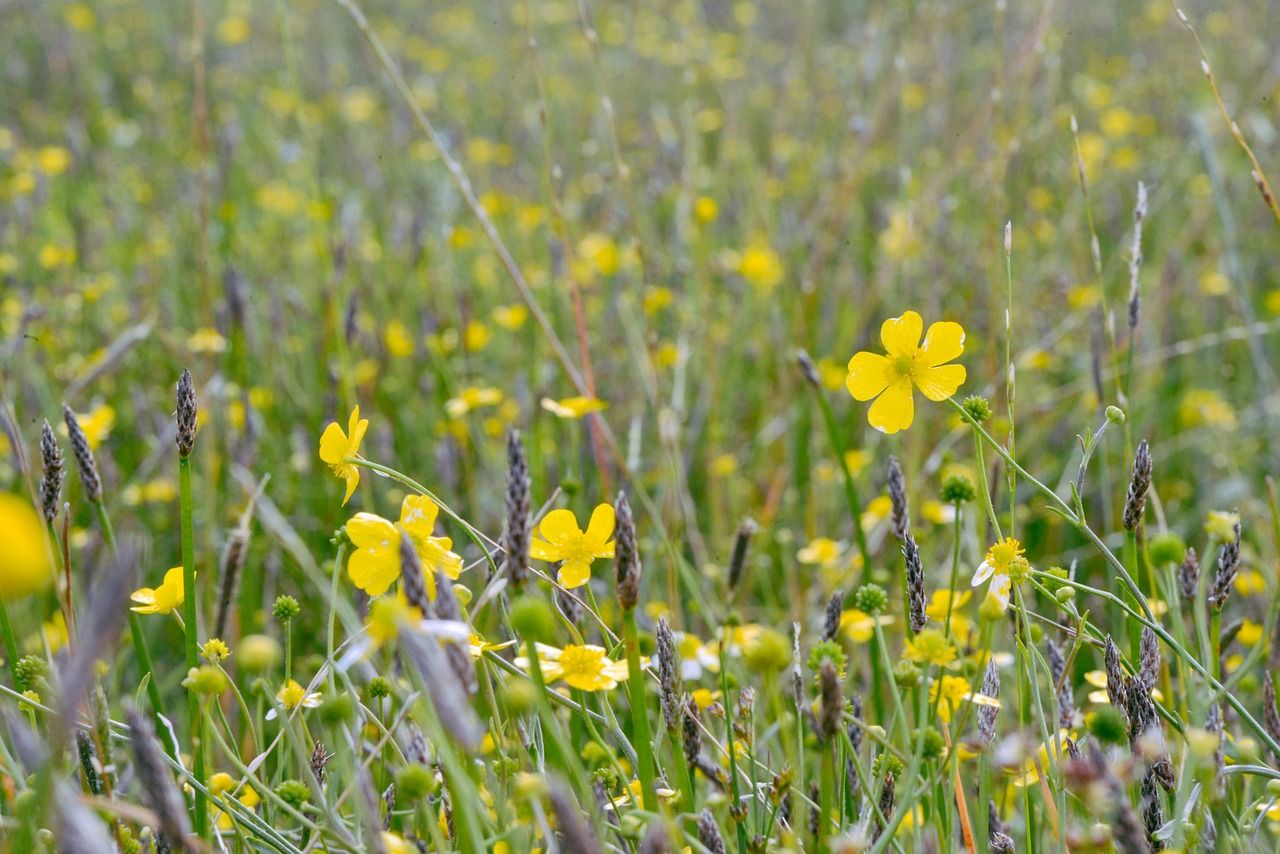 Crop farmers and livestock farmers that produce in correlation with nature often receive higher prices for their produce. But the demand for such products is limited, and the transition is not an easy one, Van Doorn stresses. Moreover, it is important to include the more traditional farmers in efforts towards a more biodiverse and climate-proof agricultural system.

‘We strive to have the biodiversity monitor used by different reward systems. Farmers can then be compensated for their contributions by parties such as the water and dairy boards, and through EU subsidies. But also by, for example, the Rabobank, who can offer a lower interest rate’,  Van Doorn says. ‘This is a better system for farmers.’

The researcher expects significant changes through the 2022 European agricultural policy. ‘The European Commission plans to ask member states to set their goals for the policy. For the Netherlands, biodiversity is priority number one. Following that, the member states must substantiate how they will deploy the EU subsidies to meet their goals.’ 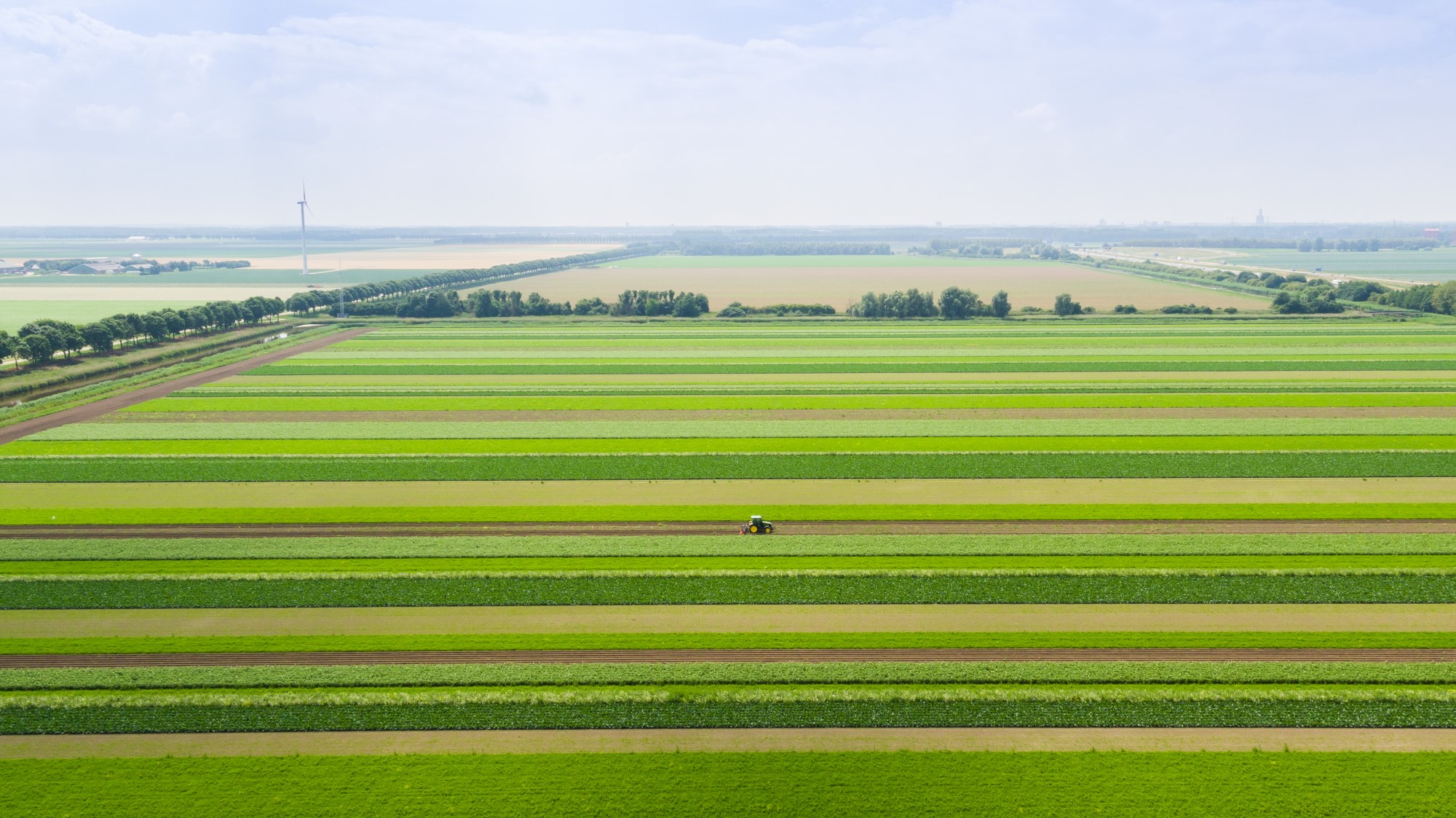 In strip cropping, farmers grow multiple crops in strips next to each other. It increases biodiversity and makes spreading of diseases less likely.

For the dairy sector, a biodiversity monitor has already been developed by the Rabobank, Friesland Campina and the World Wildlife Fund. Farmers may have a large number of species-rich meadows and environmental elements such as wooded banks, ditches and trees. ‘These environmental elements form an ecological corridor, making them a suitable habitat for many species.’ Van Doorn and her colleagues are developing indicators for farmers. For example, strip cropping and mixed farming, where different crops grow in the same field, benefit biodiversity.

‘We take an integrated approach in the biodiversity monitor’, Van Doorn stresses. The goal is to stimulate circular farming in the Netherlands, and not to burden other countries with the problems. ‘If a framer has species-rich meadows, but feeds his cattle with soy from Brazil, this defeats the purpose. The discussions on biodiversity, nitrogen and climate change are perceived as independent issues. Still, on the farm, they are all relevant. Thus, these issues must be viewed in relation to each other.’

Healthy with a salad bar

Animal scientists, ecologists and economists also monitor the effects on farmers’ revenues. How do different types of species-rich grass affect biodiversity and milk production, for example? And how does this impact the cost of business? Van Doorn: ‘Some farmers feed their cattle a salad bar of species-rich grass, and this appears to have a positive impact on their health. We are exploring such effects.’ 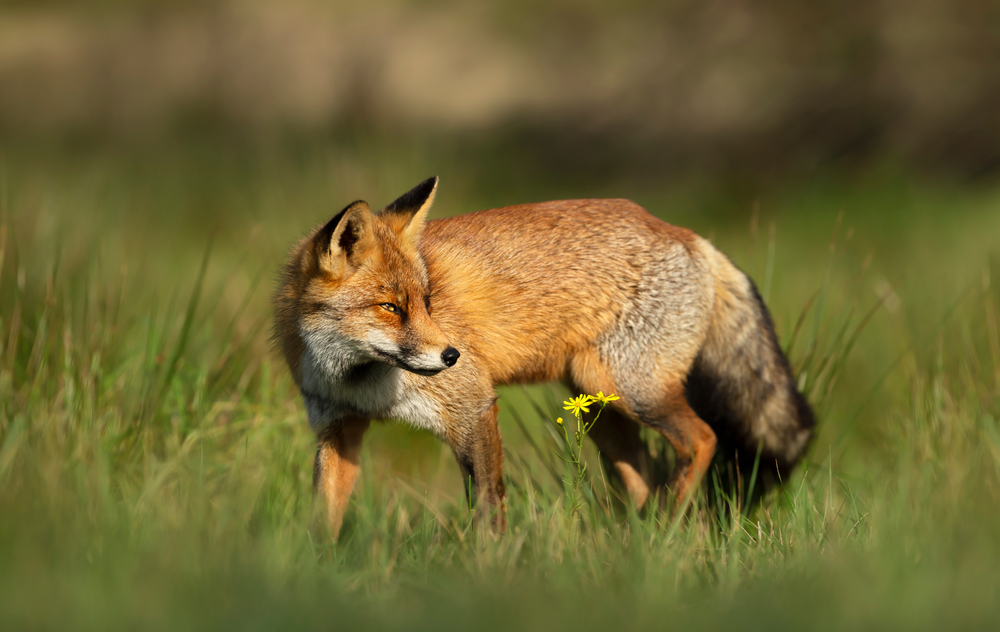 In freshly cut grass chicks have limited shelter and are easy prey for predators such as foxes. However, in a properly functioning ecosystem with robust populations of animals, predation does not form a threat.

Keepers of the environment

The black-tailed godwit benefits when agricultural systems and natural ecosystems are aligned. ‘Natural predators are often blamed for the demise of the black-tailed godwit. But in a properly functioning ecosystem with robust populations of animals such as the black-tailed godwit, predation does not form a threat’, Van Doorn declares. A more diverse rural area also leads to a more stable food production. ‘It is more sustainable than maximal production with a disregard for nature. Farmers own much land and are keepers of the environment. If we pay them only for the food they produce, we don’t do justice to their crucial role.’

Online opening academic year with ‘Grutto!’
Wageningen University & Research is to open the academic year on Monday afternoon of 31 August. During the opening, which will take place online as a consequence of the corona crisis, a preview will be shown of the documentary Grutto!, by Ruben Smit Productions. The movie is set in the bird’s living, migration and breeding environment, from Senegal through Portugal to the Netherlands. Cameraman Melchert Meijer zu Slochtern will discuss the footage.
In her word of welcome, Wageningen University & Research president Louise O. Fresco will reflect on the way agriculture has altered our planet, and on the challenges of finding an ecological equilibrium between nature and agriculture. Following the preview, two young scientists will present their views on the topic.
The online opening of the academic year takes place on 31 August from 15.15 to 16.30 hrs. All are welcome.
> More information about the opening of the academic year

Anne van Doorn is an environmental ecologist and project leader Nature-inclusive agriculture. She is involved in the European joint agricultural policy and agro-biodiversity. ‘There is tension between food production on the one hand and nature and biodiversity on the other. Contemporary agriculture leads to monotonous landscapes. I wholeheartedly support farmers and, as an ecologist, I see where there is room for improvement. There is a huge potential to create a diverse environment, for example, by combining crops through strip-tilling or food-forests. That is what motivates me in my work, day after day. I truly believe people are happier in a more natural rural environment.’