Staying ahead of viruses

Diseases that can be passed from animals to humans are able to spread more rapidly due to globalisation and urbanisation. Therefore, early detection can save lives. Wageningen virologists are collaborating with veterinarians to detect potential pathogens in wildlife and livestock as early as possible. Researchers unravel the genetic makeup of viruses to assess risks and develop vaccines. They share their expertise with peers around the globe in an effort to stay ahead of threats.

Zoonoses, diseases that can pass between animals to humans, have been around for as long as we inhabit the planet. Measles, for example, is a mutation of rinderpest. We cannot prevent zoonoses from developing. ‘We will always be confronted with diseases that skip from animals to humans and vice versa. We have been working for years to combat salmonella bacteria in chicken and eggs. We have much better control of this bacteria now. But viruses spread and mutate much more rapidly than bacteria,’ Virology professor Wim van der Poel of Wageningen Bioveterinary Research (WBVR) states.

It is impossible to predict what pathogen will become a threat where and when. A variety of circumstances influence the development and spread of zoonoses, Van der Poel stresses. For example, the occurrence of the first cases of tick-encephalitis in the Netherlands in 2017. ‘There was a rise in the number of ticks, probably resulting from global warming. Furthermore, people started to take walks in particular nature reserves. The virus could also become more virulent, which means more aggressive. It is impossible to predict such a combination of circumstances. The only way to prevent dangerous viruses from spreading through the population is through early detection.’

To rapidly detect emerging viruses, Van der Poel and his colleagues collaborate with veterinarians of the Animal Health Services (GD) and the Dutch Wildlife Health Center which is affiliated to Utrecht University. ‘When veterinarians identify unusual symptoms of a disease, or unexpected mortality in a certain species, they take blood and tissue samples and send them to us. We use special screening techniques to establish whether it is a new virus,’ Van der Poel explains. 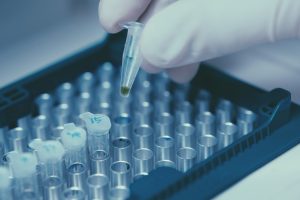 Preparation of a Polymerase Chain Reaction that scientists use to search for markers in the genetic material of a virus. This indicates to which family the virus belongs.

First, a microarray test is carried out. This test can identify the genetic material of approximately 300 virus families. If this test shows that a specific virus family is present, more precise analysis is carried out: the Polymerase Chain Reaction test. Ready-made tests are available for known viruses. Should the tests indicate that an unknown virus is present, the researchers use cahsee essay prompts to decipher the genetic code of the virus. This information then allows virologists to study the virus’ characteristics.

‘By analysing the genetic sequences of the virus, we are sometimes able to determine how pathogenic it is fairly quickly. Not all viruses cause diseases. Next, we study how easily the virus transfers to other animals and humans, and how easily it spreads,’ Van der Poel states. He emphasises that characterising the virus is essential to the https://weblog.wur.eu/what-is-a-critical-essay-in-literature/.

There is still room for improvement in the speed with which testing is possible. Although the methods and tests are much faster than two decades ago, it can still take up to a week to identify a new virus. ‘We want to be able to detect viruses even faster, to prevent them from spreading among the population,’ says Van der Poel. The virologist also aims to study the interaction between viruses and cells, to better determine how, and under what circumstances, a virus infects cells. ‘This will lead to a more accurate risk assessment.’

Virologist Wim van der Poel contributed to the characterisation of the coronavirus. This is necessary for the development of a vaccine.

Early detection and dissection of viruses are gaining importance. Because of the rise in global travel, increased world population and urbanisation, diseases spread faster and further. Climate change is also a factor. Tropical mosquito species carrying dangerous diseases such as the essay titles about racial profiling can survive in temperate climates better as a result of global warming. Other factors are disruption of ecosystems, such as wild animal habitats, living too close to, hunting and eating wild animals. 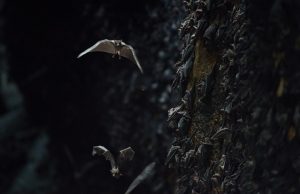 ‘In wild animals that normally do not come into contact with humans, the risk of unknown viruses being transferred is generally even higher,’ Van der Poel clarifies. That is precisely what happened on the wet market in Wuhan. ‘Various animal species suddenly came into contact with each other and with humans. They are often butchered on-site. The market is also very busy. All this increases the risk of a virus skipping to a new host. Hopefully, a global prohibition of such markets and the trade in exotic animals will be put in effect.’

There is a global link between the health of humans, animals and their surroundings. We use the term ‘Global One Health’. This includes diseases that are transferable from animals to humans such as malaria and avian influenza and resistance to antibiotics in bacteria.’ Van der Poel points out. Within Wageningen, there is a illegal immigration essay outline on the issue of “One Health”. At a national level, scientists join forces in the language. There is also a European research network, the European Joint Program for One Health (OHEJP).

Wageningen is also involved in the Global One Health Research Partnership, which includes leading agricultural universities such as UC Davis in the United States, Nanjing University in China and Massey University in New Zealand. Van der Poel: ‘We share expertise on different issues, search for optimal detection methods and harmonise diagnostic processes. Thus, we prepare for rapid identification, characterisation and risk-assessment of new viruses.’

After obtaining his degree in Veterinary Sciences at Utrecht University, Wim van der Poel went on to do a PhD on virus infections in cattle. Since then, he has been researching animal diseases and zoonoses. First at the RIVM (National Institute for Public Health and Environment) and later at Wageningen Bioveterinary Research (WBVR). ‘I consider the discovery of health threats to animals and humans critical, as well as minimising the risks. This is also relevant to animal health. During the outbreaks of avian influenza and African swine flue, hundreds of millions of animals were culled. This is something we want to prevent. I have always been fascinated by zoonoses. The novel coronavirus brings forth new research questions. Our research really matters, and this is very motivating.’