The global food challenge and the many-headed monster

In 2050, there will be ten billion mouths to feed. The food supply already faces major challenges in terms of environment, climate and health. Wageningen scientists from various disciplines, ranging from agriculture and nutrition experts to philosophers, study partial solutions. Their stories have been collated in a book compiled by food thinkers Jeroen Candel and Ingrid de Zwarte. ‘We did not want to tell a straightforward story, but to bring together different ideas and perspectives.’

Not long after governance expert Jeroen Candel and historian Ingrid de Zwarte were introduced on Wageningen Campus in September 2019, they had a plan for a book. One year after their first meeting, the Dutch book Tien miljard monden (Ten billion mouths) is available in the bookstore. This book contains 41 groundbreaking ideas of 80 Wageningen scientists on healthy and sustainable food in the future, ranging from eating insects to reducing food waste, and from making better choices in the supermarket to fighting hunger in developing nations.

“The food system needs to be fundamentally redesigned.”

Not long after governance expert Jeroen Candel and historian Ingrid de Zwarte were introduced to each other on Wageningen Campus in September 2019, they had a plan for a book. One year after their first meeting, Tien miljard monden is available in the bookstore. This book contains 41 groundbreaking ideas of 80 Wageningen scientists on healthy and sustainable food in the future, ranging from eating insects to reducing food waste, and from making better choices in the supermarket to fighting hunger in developing nations.

Candel and De Zwarte, both assistant professor, enjoy making their research results accessible to a broader audience. De Zwarte, who works at the Rural and Environmental History Group, authored a book on the Dutch famine during the final months of the Second World War, while Candel writes columns for Foodlog, a news platform on food, agriculture and food policy. Candel: ‘Not only do we enjoy these activities, but we also feel that universities have a civic duty to be visible in the public debate.’

There is plenty of debate on the future of world food production. Is this also the reason you chose this topic? 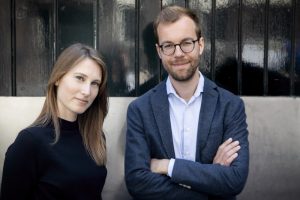 Jeroen Candel: ‘There certainly is a heated public debate on the future of food and farming, but the reasoning employed is sometimes very far removed from the current state of science. Moreover, the debate often focuses on production, a narrow definition of farming, while the global food challenge is a much broader one.
We call it a many-headed monster because it cannot be solved by a single scientific domain or by one simple solution. We really need a multitude of perspectives. At the same time, we, as scientists, could make an extra effort to be more visible. There are wonderful, relevant insights in Wageningen that don’t always find their way into the societal debate. Which is why we thought it would be a good idea to make these interesting perspectives widely available.’

How does one make scientific insights accessible in a book?

Ingrid de Zwarte: ‘We put out a call among all researchers within WUR, asking who would be willing to write a chapter based on his or her expertise.  And, we made it clear that there was room to include the entire spectrum of perspectives and interpretations. We didn’t want to tell a straightforward story, with one ‘silver bullet solution’. Rather, we wanted to gather ideas to provide a new impetus to the debate. The response was overwhelming. We received responses from experts in the fields of agriculture, nutrition, ecology, technology and philosophy. All five departments within WUR and almost all the research institutes, covering both fundamental and applied research, are featured in the book.’

Jeroen Candel: ‘In our selection, we considered the diversity of domains and topics, originality and accessibility for the broader audience. We had our own view of people doing interesting research, such as Imke de Boer, Ken Giller and Erwin Bulte, and we proactively approached these experts. However, thanks to the call, we were also approached by researchers with topics we had never heard of or even considered. For example, the research by philosopher Bernice Bovenkerk and her colleagues. They wrote a chapter on circular agriculture from the animals’ perspective. They pose questions on animal rights and how animals may be given a voice in how circular agriculture is designed. Why should the cells in cultured meat (in vitro meat) originate from cows and not from humans? Those are intriguing questions.’ 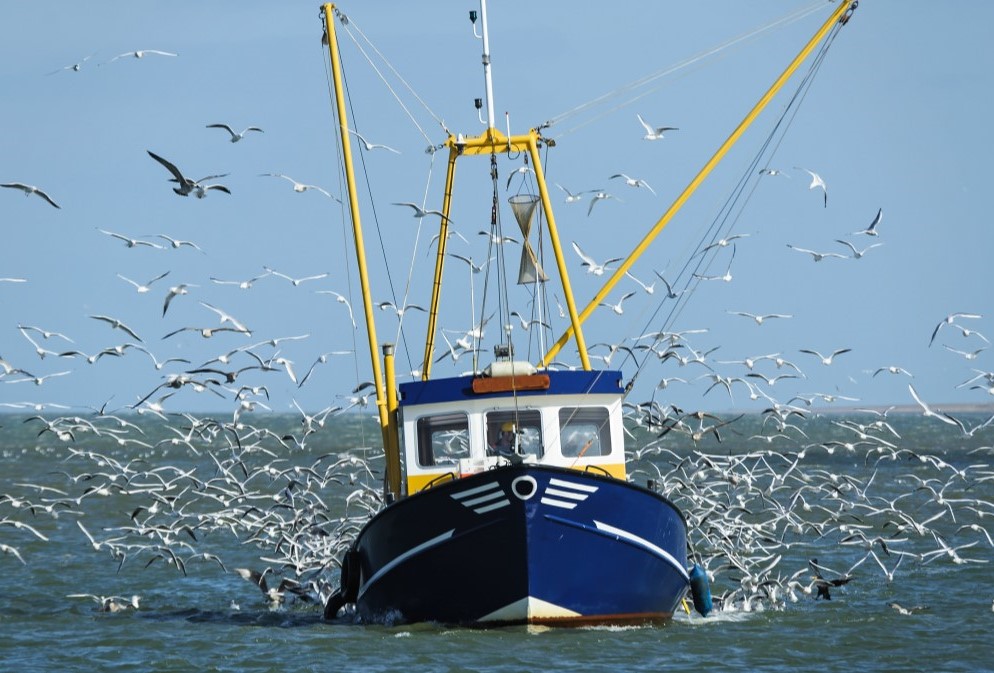 ‘When we consider food issues, we often tend to focus on land, whilst there is much relevant research on how we can manage ecosystems and biodiversity in rivers, seas and oceans.’ Photo: Shutterstock.

Ingrid de Zwarte: ‘Something I also consider an innovative perspective is what we call the Blue Revolution in the book. When we consider food issues, we often tend to focus on land, whilst there is much relevant research on how we can manage ecosystems and biodiversity in rivers, seas and oceans. We can also close cycles in aquaculture and seek alternative sources of, for example, fish feed, such as aquatic plants, agricultural waste flows and waste products. There are important advances to be made in this area.’

Is there a central thread in all these different perspectives and topics?

Ingrid de Zwarte: ‘Despite the contradictions and controversies, there is great coherence in the stories. There are topics that we have seen in many of the contributions. We call them solution paths. One such solution deals with the transition from a linear food system, where resources are processed into a product that eventually ends up as waste or waste flow, towards a circular food system, in which there are minimal losses of nutrients, and resources such as crop residues and manure are re-used. Another such solution is a better and more sustainable use of nature’s potential. Consider, for example, biological rather than chemical crop protection and stimulating biodiversity. Marine ecologist Tinka Murk wrote an excellent piece on how the construction of artificial reefs in offshore wind parks can help fish populations to flourish.’

Jeroen Candel: ‘Technological innovations will also play a key role. We have several chapters that illustrate how high-tech can help speed up sustainability. For example, the chapter by food technologist Tiny van Boekel shows that people are wary of additives and genetic modification. Still, these innovations make our food safer and of excellent quality. I was no technophobe, but this book has made me more of a techno-optimist. At the same time, however, we must continue to address important ethical issues on the use of technology.’ 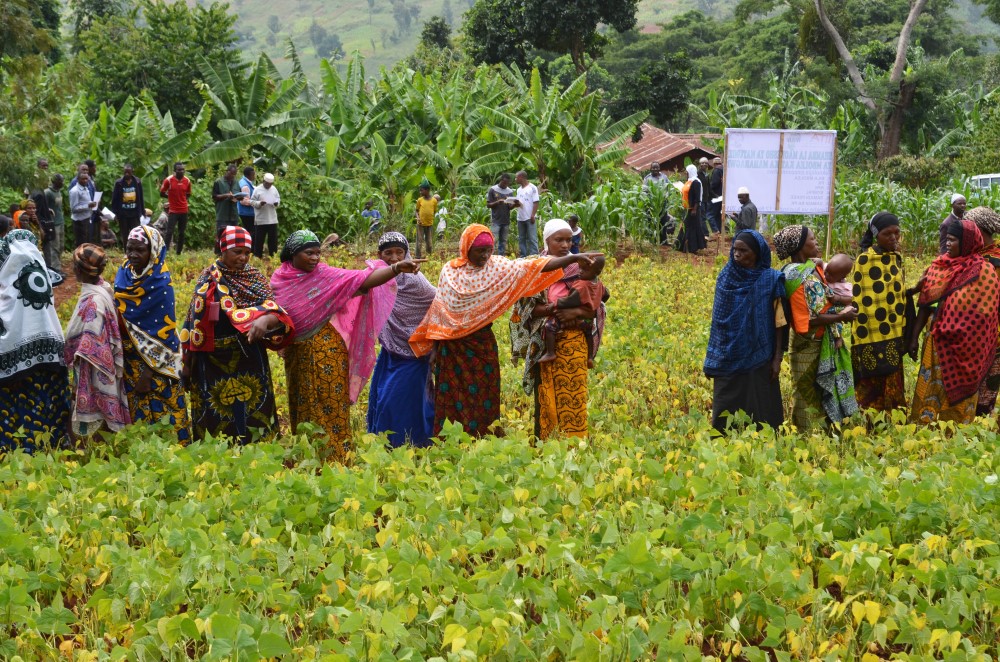 ‘Another important conclusion of the book is that we must acknowledge that the food challenge is really a global issue.’ Photo: Ken Giller.

Ingrid de Zwarte: ‘another important conclusion of the book is that we must acknowledge that the food challenge is really a global issue. We see that the challenges different regions face vary from place to place, yet the solutions are linked on a global scale. And that we in Wageningen can learn from experiments abroad, such as the lighthouse farms. These are innovative farms all over the world that serve as inspiring examples of sustainable food systems.’

How would you like to see the expertise from the book applied?

Ingrid de Zwarte: ‘This book has strengthened us in our belief that there is no simple solution to the global food challenge. We can’t just hold a single group within the food chain responsible for this challenge. The entire food system needs to be fundamentally redesigned.  The insights in this book allow us to be hopeful about the different steps and solutions that are available through science, but, whether these solutions can be implemented and create impact also depends on politics and governance. There are plenty of steps we can take immediately, but this requires all actors to begin moving immediately, and not in ten or twenty years.’

“The government should lead in the transition towards a more sustainable, healthier and safer food system.”

Jeroen Candel: ‘This book offers inspiration for taking these steps, from farmer to consumer. There are many excellent ideas, but time is of the essence. And we need certain parties to take the lead. This is a potential role for the government here, to guide the transition towards a more sustainable, healthier and fairer food system.’

‘The book is currently only available in Dutch. We have found there is quite some demand for a translation, so we will work on that’,  says Jeroen Candel. 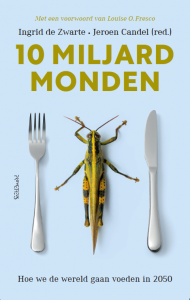 Jeroen Candel studied Governance at Utrecht University and obtained his PhD in 2016 at Wageningen University on European food security policies. He now works at the Public Administration and Policy Group as an assistant professor. Ingrid de Zwarte studied History and Slavic Languages and Culture at the University of Amsterdam and obtained her PhD in 2018 from this university and the NIOD, Institute for War, Holocaust and Genocide Studies on the Dutch famine in the final months of the Second World War. She has been an assistant professor in Wageningen since September 2019.