Try-out circular farming on the Farm of the Future

Damage to nature and the environment makes the way we currently produce our food unsustainable. On the recently opened Farm of the Future, Wageningen researchers collaborate with farmers in circular agriculture. They test new methods of cultivation and technologies such as using drones to reduce the use of artificial fertilisers and pesticides and to support nature. Thus, farmers can contribute to sustainable food production while improving the environment.

‘Over the last few years, much has been said and done in the domain of agriculture and climate change, soil degradation, the demise of biodiversity, the nitrogen problem and residues of pesticides in the environment. Since the fifties of the last century, agriculture focused on growth, but we cannot continue along this path. Many farmers are becoming aware of the need for change.’ These words were spoken by Agro-ecology researcher Wijnand Sukkel, who is also the project leader of the Farm of the Future, which opened on 25 June. The testing facility is located in Lelystad and spans some 105 hectares. Farmers and researchers test new methods of cultivation and technology, in which they combine agricultural science and ecological principles.

“We are becoming increasingly aware of the fact that everything is interconnected within natural systems. The soil, for example, is a living ecosystem and should be treated as such.”

‘Framers are uncertain about the future and are aware that change is needed. Many farmers are struggling’, Sukkel says. The Farm of the Future may inspire farmers and test building blocks for sustainable agriculture. ‘We don’t focus on pioneers, but seek viable solutions for large groups of farmers. We do this by combining technology and ecology to see how you can fortify farming systems, making them more stable and resilient to climate change.’ 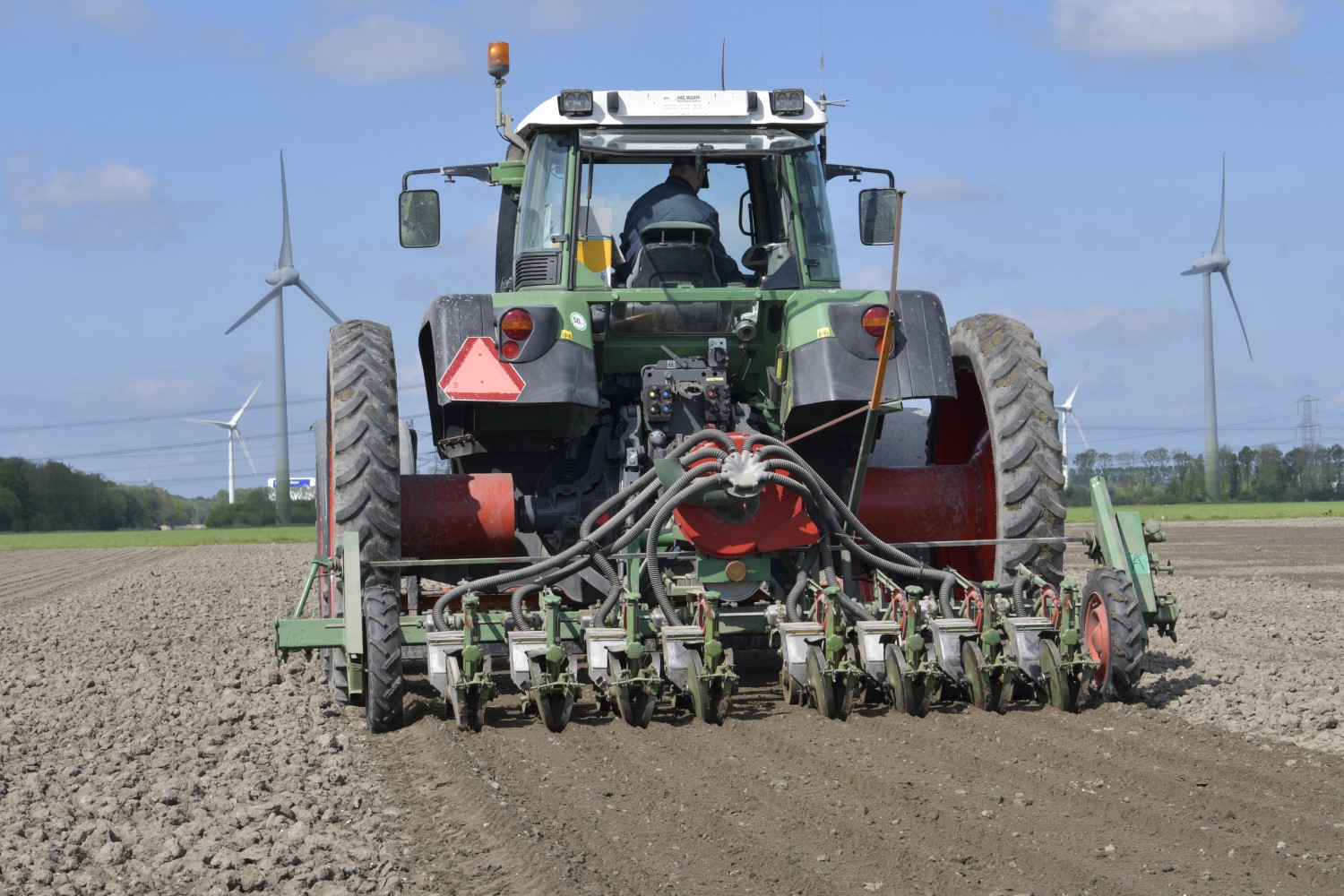 A tractor on the Farm of the Future (Credit: Oane de Hoop).

There is a shift in the way we look at things, the researcher states. ‘The dominant thought in the twentieth century was that we could control everything through the use of artificial fertilisers, pesticides and machinery. Now, we are becoming increasingly aware of the fact that everything is interconnected within natural systems. Consider, for example, the soil. It is a living ecosystem, and should be treated as such.’

The Farm of the Future works on different types of circular agriculture in practice. ‘We strive for the lowest possible impact on the environment, combatting pollution and the wastage of nutrients such as nitrogen and phosphate. Furthermore, agriculture must improve the environment and contribute to the restoration of nature, plant- and animal species and soil life,’ Sukkel explains. This may be achieved through, for example, strip cropping and mixed tilling, methods where different types of crops are cultivated together. ‘Despite the positive results, the transition is difficult because the current agricultural technology is set up for large fields with a single crop.’ 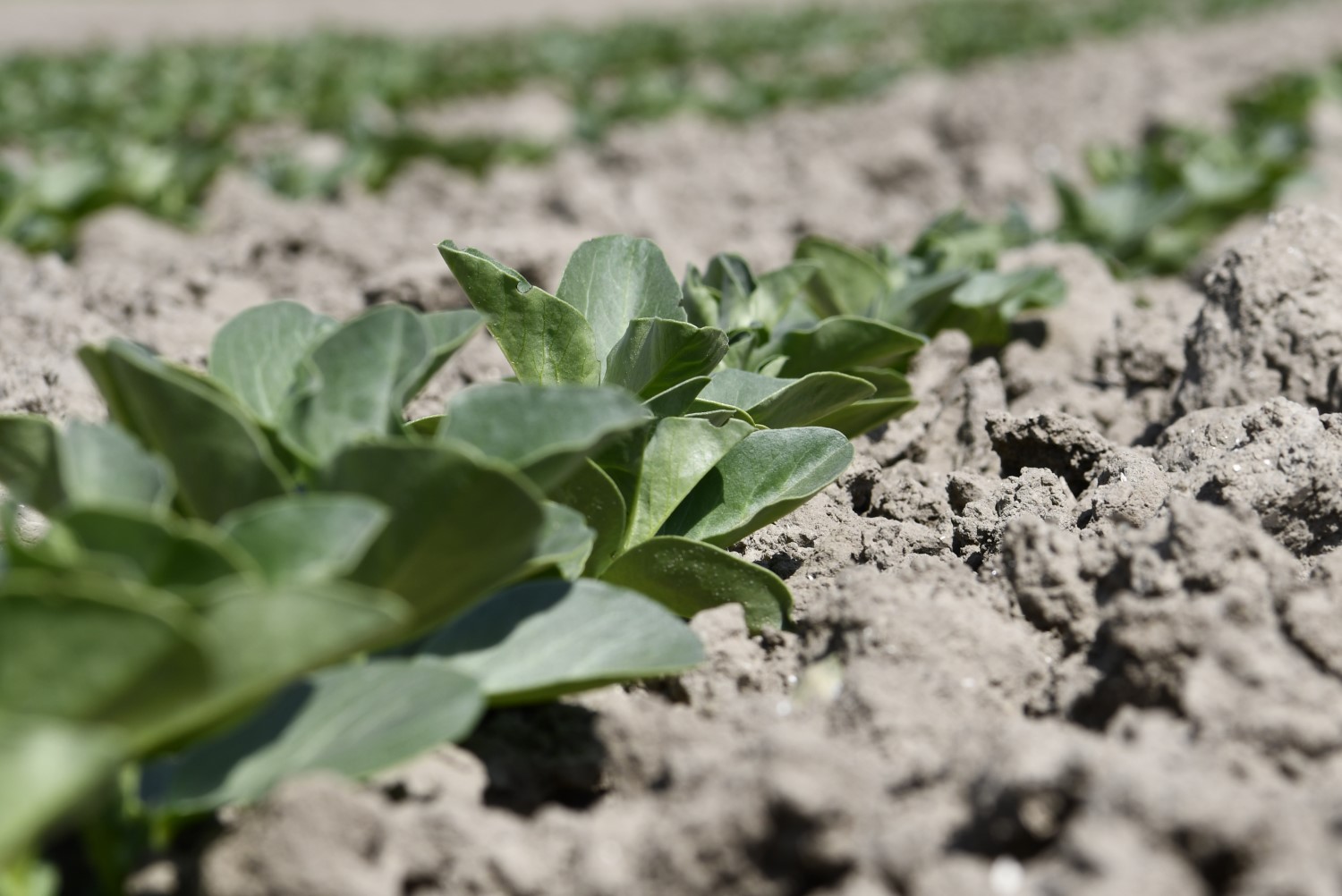 Crops on the Farm of the Future (Credit: Oane de Hoop).

The Farm of the Future tests methods and new technologies such as GPS, sensors, satellite imagery, drones, ICT and robotics. Precision agriculture allows farmers to precisely determine how much water, fertilisers or pesticides are required per square metre or even per plant. Application of this concept ranges from tailored watering, sowing, pest-control and fertilisation, to planning thoroughfares, strip cropping, and automatically monitoring plant growth. ‘Precision agriculture is an excellent way to achieve more sustainable production and fortify the ecology. The use of pesticides, biocides and herbicides to fight insects, fungi, diseases and weeds is like shooting a cannon at a mosquito. 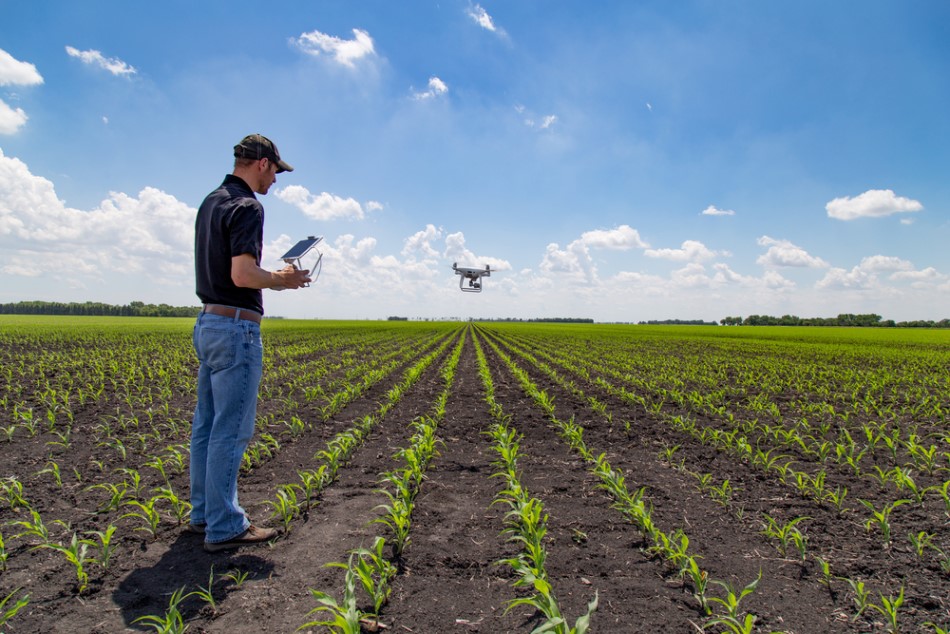 The Farm of the Future tests methods with new technologies such as drones (Credit: Shutterstock).

In most cases, over eighty per cent of the product does not reach the spot where it is needed.’ Moreover, insecticides kill other organisms as well, including the natural enemies of plague insects. However, when used sparingly and precisely, pesticides may be useful for plants that have already been affected, Sukkel adds. ‘By working intelligently, you could reduce the use of plant protection agents twenty-fold in most cases.’

Experiments using renewable energy are also conducted. Such as storing wind and solar energy in the form of hydrogen. Farmers can use this gas as an energy supply for their farm and as a source of clean fuel for their tractors and lorries.

The researchers are also seeking solutions to soil compaction. Heavy machinery and intensive tillage such as ploughing, compact the soil. Compacted soil cannot absorb rainwater, which leads to a lack of water in the ground during the dry summer season. 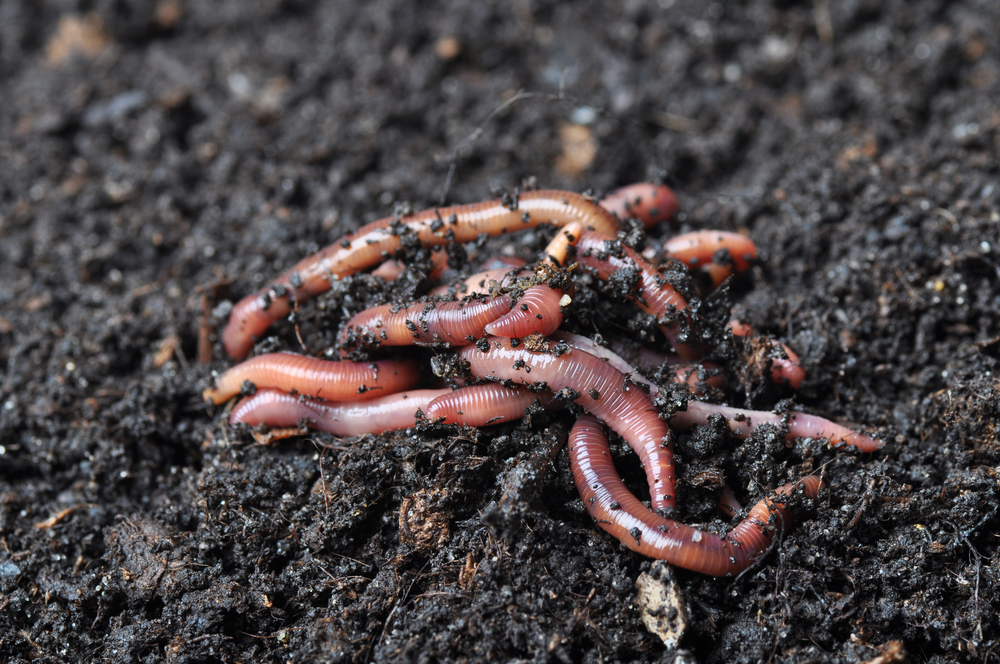 ‘Earthworms are important to improve the soil, but compacted soil has less soil life, which includes earthworms’, Sukkel clarifies. Researchers are now developing a tilling method that pokes 40 cm deep holes in the ground. When grass takes root in these holes, a system of corridors develops which improves the soil structure, increases water retention and results in more soil life.

The Farm of the Future tests and demonstrates both newly developed ideas that have barely made it off the drawing board and far-developed methods. Sukkel: ‘Here, we can test, adjust and improve the building blocks. These may not always be the best solutions, but it is important to discuss, and to inspire.’

In other regions various parties are working on a ‘Farm of the Future’, Sukkel indicates. ‘Testing facilities such as these can help us try out new methods and solve practical issues. After all, agriculture is becoming increasingly complex, and the demand for agricultural skills is constantly growing.’

Collaborating on the Farm of the Future
EA group of farmers from Flevoland observes and advises, and many farmers visit. The Farm of the Future also collaborates with start-ups and several larger companies from the Netherlands and abroad in the fields of technology and data. There are also excellent contacts with policy-makers, researchers and national and international businesses, as well as with organisations such as the World Wildlife Fund, that is committed to greener rural areas with more biodiversity.

Wijnand Sukkel has been involved in research on sustainable farming methods and soil management for over three decades. ‘There is increasing evidence that the current food system is unsustainable. Throughout my career, I have been working on farming systems that consider not only the economy but also ecology. Thus, I hope our children will be able to enjoy plenty of healthy food, produced in a healthy living environment.’