Vaccines against RS virus in infants and calves

In the Netherlands, some two thousand young children are hospitalised each year with a pulmonary infection caused by the RS virus. Globally, the RS virus is second only to malaria as the leading cause of infant mortality. A genetically similar bovine virus shows a comparable pathology in calves. Wageningen researchers have set up an infection model that is utilised in developing a safe, effective vaccine for children and calves.

“ During our research, we visited a pediatric ICU. This really gave us a sense of purpose ”

In winter, many babies are committed to pediatric ICU’s and hooked up to ventilators because of pulmonary infections caused by the RS virus, the Respiratory Syncytial Virus (RSV). Most adults and children infected with this virus, that can also cause repeat infections, experience mild cold-like symptoms. But infants up to six months, and vulnerable babies, for example, prematurely born or suffering from heart conditions, may contract a severe pulmonary infection as a result of this virus. In countries lacking accessible medical care, the virus may be fatal. Globally, RSV is the cause of death in some 200,000 infants a year. In the Netherlands, approximately 2000 babies are hospitalised, of which between 150-200 are admitted to a pediatric ICU.

The Impact of the RS-virus.

The human RSV that occurs in people is closely related to the bovine RSV. Adult cattle only develop symptoms of a cold, but calves under six months of age may develop a severe pulmonary infection that is fatal in 20 per cent of the cases. ‘The virus is not a zoonosis, children and calves cannot infect each other,’ Rineke de Jong, veterinary researcher and project leader, stresses.

The severity of the RS virus prompts much research aimed at developing a vaccine for young children. ‘You can not simply test such a vaccine on children. The standard approach is to test the vaccines in an infection model in rodents. However, in this case, the host and virus are not attuned. Because rodents are naturally less susceptible to the human virus, an infection is not representative,’ De Jong explains. However, infecting calves with the bovine RSV yields a representative pathology; they show the same symptoms as children. 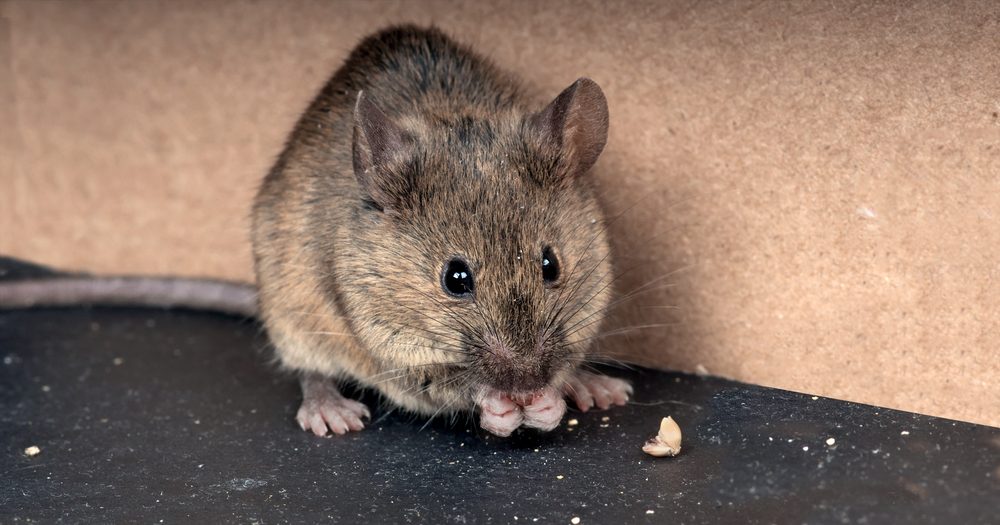 Rodents, such as mice, are naturally less susceptible to the human RS virus and can therefore not serve as laboratory animals for RS virus vaccines (Credit: Shutterstock).

In recent years, much research has been done on the genetic composition of viruses. On the surface, the human and bovine RSV have a very similar protein particle. ‘Many developers of human vaccines use precisely that similar protein particle in their vaccines to trigger an immune response in children’,  De Jong says. Her research shows that this type of vaccine also works in calves. ‘If you treat calves with this type of vaccine against human RSV, they generate antibodies that can also protect them against the bovine RSV.’

The developers of human vaccines can use the results in calves to substantiate the viability in children, the researcher continues. ‘If calves are protected, this would strongly suggest that the vaccine would show a similar result in children.’

The infection model that was developed in Wageningen evaluates the vaccines for calves and children and could help demonstrate the vaccine’s safety. ‘In the sixties, a vaccine was marketed for children, in which the entire virus had been deactivated using formaldehyde. Some children infected with the RS virus subsequently appeared not only to lack immunity but to develop worse symptoms because their immune response had been derailed. Some infants even died. Thus, vaccine developers are cautious regarding safety, and want to be absolutely certain that the virus prompts the correct response.’ 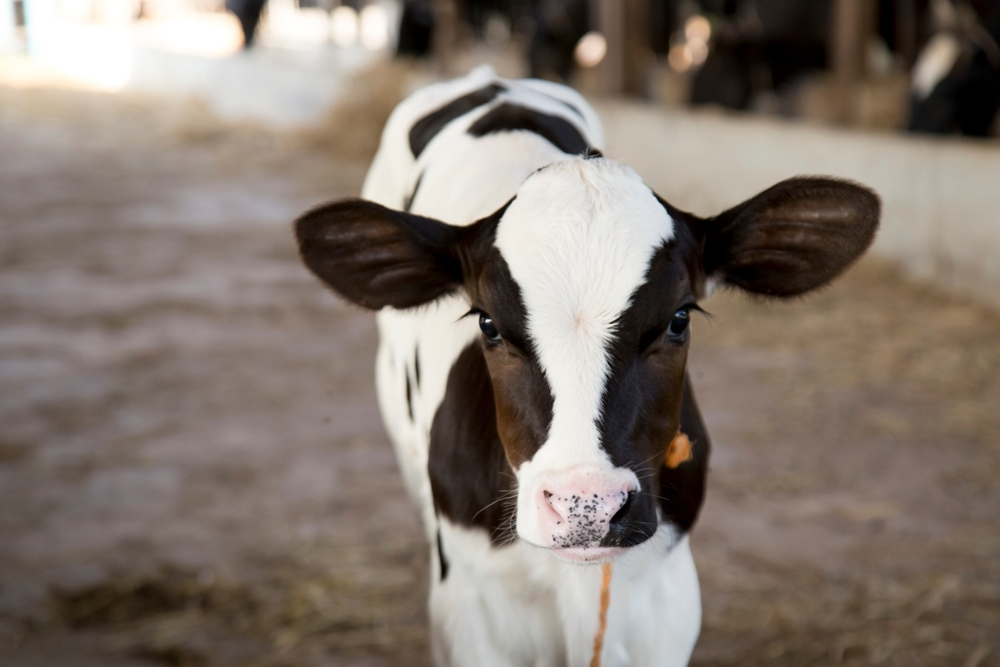 When Wageningen started studying human vaccines against the RS virus approximately a decade ago in the calves-model, the researchers were met with scepticism, De Jonge indicates. ‘Human and veterinary researchers barely know each other.’ The connection between these two worlds was not established until recent years and is limited at that. The increasing focus on OneHealth, which resulted from zoonoses such as avian influenza, Q-fever and the novel coronavirus, has caused this connection.

The bovine RSV occurs on almost all livestock farms in the Netherlands, and the resulting pulmonary infections can cause severe problems for the farmers. ‘There is a wide variety of pathogens and bacteria that cause or exacerbate pulmonary issues. How large the contribution of the bovine RSV is, is not always knows, because an extensive diagnostic is not always run.’

A bovine RSV infection can have serious economic consequences, says the researcher. Fortunately, there are vaccines available for calves, albeit with room for improvement. ‘It would be great if the veterinary and human researchers collaborate on this issue.’

Regarding the RSV in children, the focus is not just on prevention through vaccines, but also on medication, treatment plans and preventive medication. A new antibody therapy recently reached the news, capable of protecting children during a hundred days. ‘The RS virus is seasonal. This cure can protect babies for the entire winter, a great development,’ De Jong states. 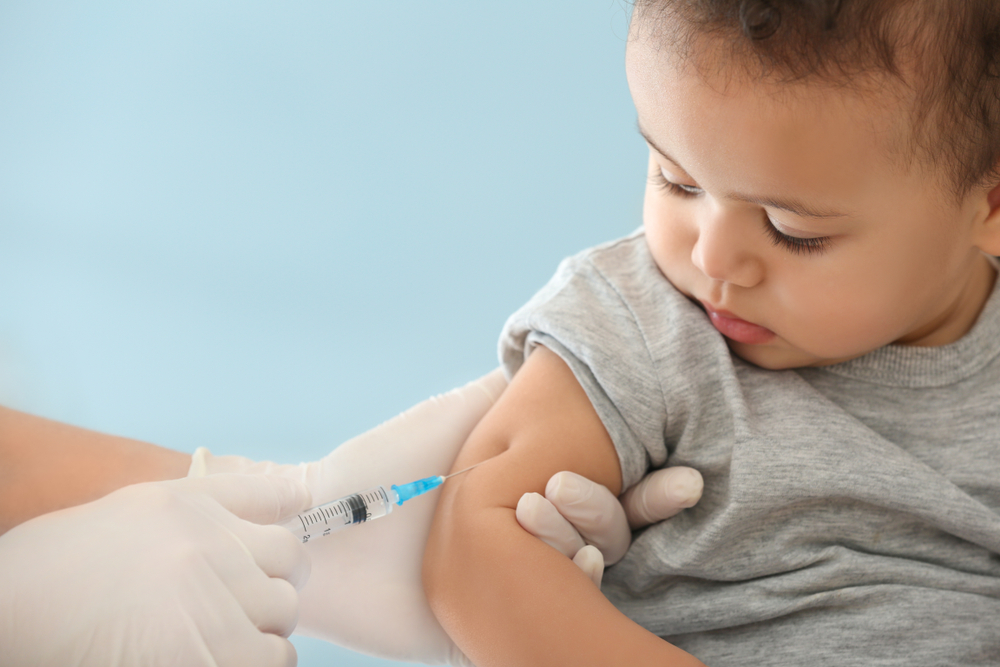 Despite the new antibody therapy, an effective vaccine against the RS virus is still needed (Credit: Shutterstock).

But, an effective vaccine is still needed. ‘The antibodies in this cure have not been generated by the immune system, and are broken down after a while. A vaccine activates the immune system’s memory so that it can generate its own antibodies. This leads to more durable protection.’

The Wageningen researchers can also use their infection model to test preventive antiviral substances. This has both advantages and disadvantages. A baby weighs four kilogrammes, while the average calf weighs in at 60 kilogrammes, and thus requires much larger doses of a vaccine. ‘Making such large doses of a valuable antiviral substance is costly. On the other hand, sampling and measuring is much easier in a calf due to its size, as is drawing blood for research purposes.’

Several years ago, De Jong and her colleagues carried out research on the RS virus and the pathogenic process in collaboration with the Amsterdam Medical Centre. ‘Children had trouble breathing because they produced a lot of mucus. The doctors wanted to know whether a treatment for cystic fibrosis might offer relief. So, Wageningen scientists tested this in calves. They saw a positive effect on the composition of the mucus and the pathogenic process. De Jong: ‘It is not a solution, but it did offer the small patients some relief. This research taught us much about the pathogenic process and where to search for an effective treatment. We are eager to do fundamental research, but getting funding is a challenge.’ 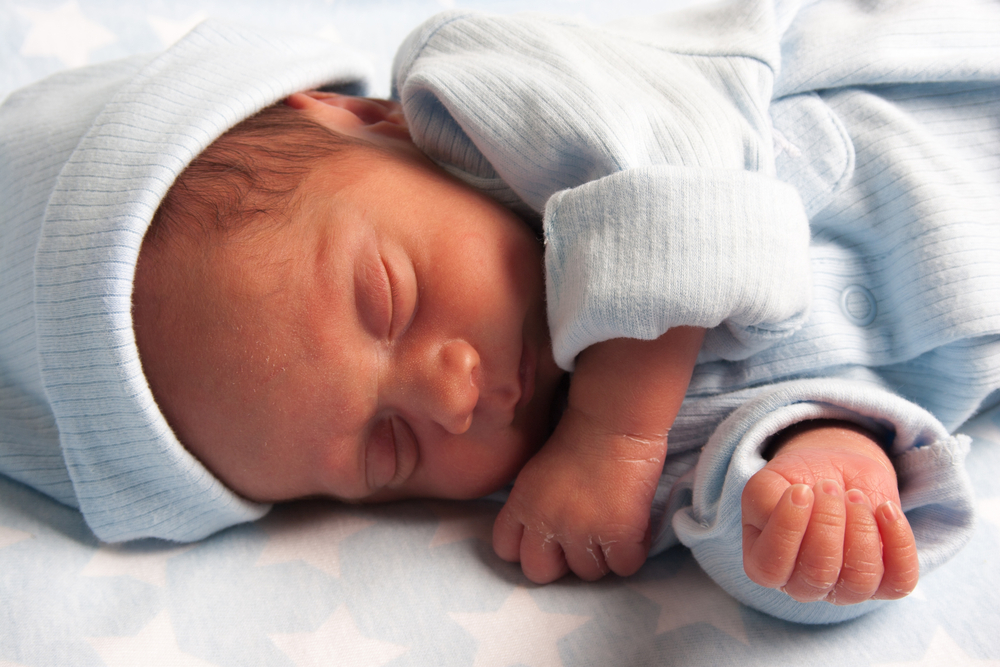 The RS virus can cause serious respiratory infections in young babies (Credit: Shutterstock).

Currently, De Jong and her colleagues are occupied conducting research on the coronavirus. But, the search for a vaccine against the RS virus continues, De Jong stresses. ‘The ultimate goal is to develop an effective vaccine. We are eager to contribute to that goal.’

De Jong graduated as a veterinarian in 2004, and since then, Rineke de Jong has worked at Wageningen Bioveterinary Research (WBVR) as a veterinary researcher and project leader. ‘I chose to study veterinary medicine because I like both animals and medicine. During my studies, I became very interested in understanding more about infectious diseases, and I discovered this research really suited me. The work with calves, our partners and a team of fantastic colleagues is varied, and I truly enjoy it. “The great thing about the research on the RS virus is the combination; we are able to contribute to the wellbeing of calves and children. During our research, we visited a pediatric ICU. This really gave us a sense of purpose.”