Around 10% of agrarian export products from the Netherlands goes to the UK. Now that Brexit is looming near, there’s a lot of uncertainty. Is the Netherlands going to lose the British market? Exports of pork have already fallen. Economists at Wageningen are studying the potential consequences of Brexit, so that government and the agriculture sector can anticipate them better. What do you see as the consequences of Brexit?

“The EU and the UK are heading towards a no-deal, hard Brexit. There have still been no agreements made about future trade relations and conditions. Even though 29 March, the date of the withdrawal, is rapidly approaching. That could have repercussions for the Dutch agricultural and horticultural sectors, which export 10% of their products to the UK”, explains Siemen van Berkum, researcher at Wageningen Economic Research. He and his colleagues are analysing the potential effects of Brexit on agriculture and fisheries, and they inform industry and policy makers about these effects.

The UK, which has a less well-developed agriculture sector, traditionally imports many food products. That process runs smoothly within the EU. Van Berkum explains that companies which trade together can deal with much of the paperwork themselves. “But after Brexit, goods will have to be declared at the border. And it remains to be seen whether everything will be organised in time, all the forms, the way in which procedures and inspections are arranged. Certainly, in the case of meat and live animals, extensive inspections and certification will be necessary to safeguard food safety. And fresh products such as vegetables and flowers are perishable, so time is of the essence.”

“The concerns of Dutch companies revolve mainly around the question of whether or not everything will be properly organised on the British side of things in the event of a no-deal Brexit. We have little insight into that.”

If there is a hard Brexit, the trade conditions that the EU has with all non-EU countries will apply, according to the agreements with the World Trade Organisation. The import tariffs for meat and dairy products are between 40 and 50%. The UK will also charge these tariffs on goods imported from the Netherlands. “Countries are permitted to impose preferential tariffs on each other; 0, 10 or 20%, for example, but that has to be agreed upon beforehand”, says Van Berkum.
A no-deal Brexit therefore means that Dutch products in the UK are going to be much more expensive. If that results in the British consumer buying fewer or none of those products, Dutch exporters are going to have to go looking for countries where they can sell their products better.

What influence do you think Brexit will have on the Dutch economy?

How serious are the consequences of Brexit really? Van Berkum plays it down. “Meat and dairy exports may fall slightly, but in general, the picture is not so dramatic”. “What is problematic is the uncertainty that exists due to the fact that the British government continues to assume that they will get a deal. They’re underestimating the magnitude of the problems that could arise.” Van Berkum reckons that preparations on the Dutch side are on schedule. “The concerns of Dutch companies revolve mainly around the question of whether or not everything is properly organised on the British side of things. We have little insight into that.” 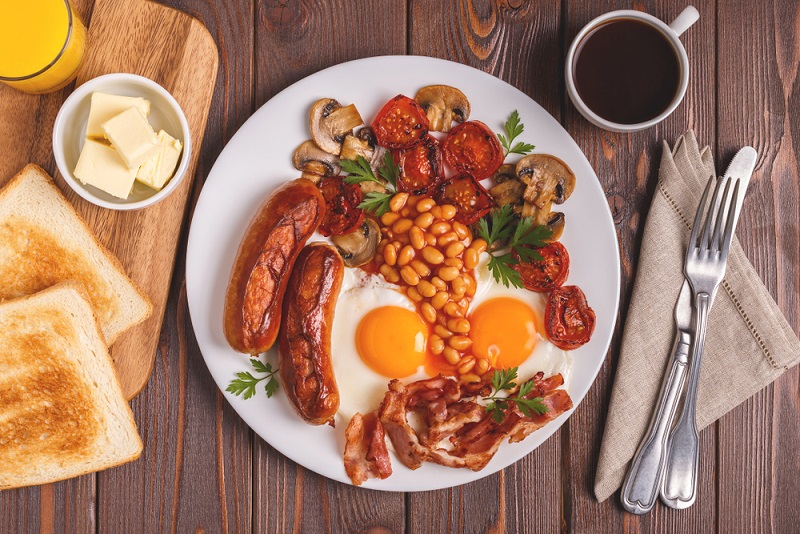 There has been a fall in exports of pork to the UK in the last year. There can be several reasons for that. Van Berkum: “It may be that buyers are already taking Brexit problems into consideration. But on the other hand, the British economy is not flourishing, and pork is quite expensive for the British consumer. We’re seeing a reduction in the consumption of pork as a result.”

The people who have the most to fear from Brexit are Dutch fishers. At present, 40% of their catch comes from British waters. However, in the case of no deal, or unfavourable agreements, they may lose access to the fishing grounds. It’s also still unclear how the fish quota will be divided after Brexit.

In 2016 and 2017, Van Berkum and his colleagues explored various Brexit scenarios. “Wageningen Economic Research is the knowledge centre of the agriculture sector. We provide the government and the agriculture and horticultural sectors with knowledge and information, so that companies can effectively anticipate changing circumstances and remain innovative and competitive”, explains Van Berkum. After the exit date, 29 March, he will be able to analyse the effects of Brexit and how companies in the agriculture sector can best deal with them.

My work often deals with trade relations and agreements. It's interesting to follow international politics and economic dynamics. The Netherlands plays an important role at a global level, due to our open economy and internationally oriented agriculture sector.