Something involving animals, but what?

‘As long as I can remember, I have wanted to do ‘ something involving animals,’ says Esmee, a Master’s student in Animal Sciences. It’s wonderful if you already know when you’re young where your interests lie. But that’s just the beginning. Many young adults are familiar with only a few professions and degree programmes in their area of interest. Even Esmee only knew about a few, although there are several programmes that offer ‘something involving animals’. Does this sound familiar? Help your son or daughter to take a good look at all of the possibilities in his or her area of interest. Read about what Esmee and her parents did… Studying something involving animals… 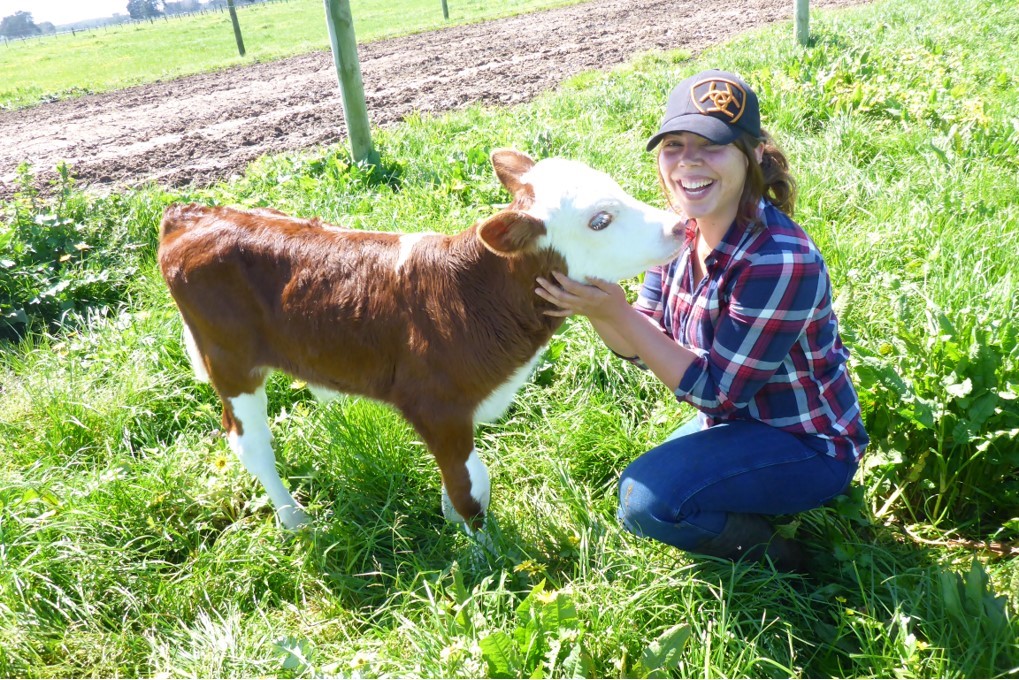 Studying something involving animals, but what?

I remember that at primary school I was interested in animals as early as group four or five. I was especially fascinated by the fact that animals can’t talk, but that you can still communicate a lot to them. I remember that, as a young girl, I gave my school presentations on ‘ something involving animals ’.
Those are strong childhood memories. When later choosing my profile at secondary school, I knew for certain that I wanted to do something with nature and animals. So my profile choice had to be related to that. I wasn’t very good at maths, so I didn’t choose physics. I regretted that later.

I had heard about Veterinary Medicine. You can study this in Utrecht and at two universities in Belgium. Actually, I hadn’t given much thought to the fact that you can also do a lot of other things if you want to do ‘something involving animals’. I limited myself to becoming a veterinarian. I went to the Open Day in Gent and was enthusiastic. I never tried to get a place in the programme in Utrecht. Gent seemed much more challenging.
But I had to have had physics in my profile. And I didn’t. So I took a gap year to study physics. I earned a vwo certificate in physics by going to school two days a week. I also worked in a shop and was a volunteer for the animal rescue ambulance.

I optimistically went off to Belgium. But that proved to be a big disappointment. It was the wrong decision. The programme was extremely hard. Studying was difficult, and I was expected to have a lot of readily available knowledge and theoretical knowledge. On top of this…I had hardly any contact with the teachers and students, it was a long way from home… I felt simply miserable. And I failed to get even one credit. I didn’t pass a single subject that year. That had a great impact on me; it was a blow to my self-confidence.

I was still convinced that I wanted to study ‘something involving animals’ so I tried to get a place in the Veterinary Medicine programme in Utrecht. There is no longer a lottery for this programme by the way. Instead, there is a decentralised selection procedure. The programme itself chooses the most suitable students. But in my day, we still had to draw lots. And… unfortunately, I didn’t get placed.

Plan B… still ‘ something involving animals ’

In the back of my mind I still had a ‘plan B’ for doing something involving animals. That was Animal Sciences. To my amazement, I discovered that this degree programme was much more suited to me. And my first year of study went very well. I enjoyed myself and also earned all of my study credits. What had been my ‘second choice’ turned out to be perfect for me. I became enthusiastic again. I wanted to continue.

After finishing my Bachelor’s, I wanted some practical experience. I went to Australia for a year to work on different dairy farms. At university, I had learned how you could use raw materials sustainably and efficiently. And how you can work towards healthy animal feed and healthy and animal-friendly stalls. There was less attention to efficiency in Australia, and I wanted to contribute something here!

And now a Master’s programme

I’m now working on my Master’s. And my essay my home by dr jose rizal also has ‘something involving animals’: Animal Sciences. The final phase of my programme is an apprenticeship and my final research project. I’m going to do that in Australia. Working on sustainable livestock farming is now my ideal.

My parents weren’t surprised that I wanted to do ‘something involving animals’. My mother was concerned when I immediately wanted to go to Belgium. My father was impressed that I undertook that challenge. And when things went wrong, they helped me find another way. Of course, I took all of the decisions myself, but I felt good about their being able to follow all of my steps. They often asked me critical questions, which helped me to make well-considered choices.
Esmee, Master’s student https://weblog.wur.eu/short-essays-for-esl-students/.

What appeals to me in Esmee’s story is that she really followed her passion. She’s willing to work hard for this and she doesn’t give up. Even though her first choice of study was the wrong one, she found her ideal degree programme by taking a good look around. A lot of students make small or large detours. But follow your passion, and you’ll get there eventually.
Is your son or daughter still in doubt? I’ve seen that more often in the course of my educational career. But in the end, most young people find their way. This isn’t always the diploma they first thought of. But searching, deliberating and making well-considered choices… pay off.