Wild animals are at risk in many places throughout the world. Their habitats are shrinking due to expanding human habitation, agriculture, mining, and industrialisation. Wageningen Scientists are conducting field research into solutions how humans and animals can live better with each other. They conclude that we can conserve nature to a much greater extent if we let go of unlimited economic growth. How do you think we can best protect nature?

“Within international environmental conservation, we’ve seen a huge wave of poaching, violence, and militarisation in recent years. For example, in African nature reserves, but this also happens in Brazil, where people who want to protect the Amazon are murdered. This is a very depressing development,” says Bram Büscher, professor of Development Sociology. At the moment, 17% of the planet is protected in nature reserves. However, many of these parks and other natural areas suffer from human activities and the effects of climate change. Going against the continued stream of bad news, Bram Büscher and colleagues decided to positively approach the challenges to environmental conservation in 2016. Together with his colleague Robert Fletcher he developed a broader vision for environmental conservation. Their book The Conservation Revolution will be published in February.

There are major heated debates taking place regarding the course of environmental conservation. For example, biologist E.O. Wilson, believes that half of the Earth must consist of unspoilt natural areas, in order to protect the foundations of life on the planet. In contrast, Büscher believes that we should ultimately move away from protected nature reserves. “Environmental conservation was created as a response to the destruction of nature and the environment. Particularly in the last 30 years, many protected nature reserves have been added to the list. The more nature we lose, the more nature we try to protect,” says Büscher.

“This is the first time that we have taken such a broad view of environmental conservation in connection with the role of nature in economic development. We bring many dimensions together.”

Unfortunately this does not end the loss of biodiversity. As such, the professor is advocating a different approach. “We need to move towards a promoted rather than protected nature, where people live alongside nature in a better way. We call this convivial conservation.” Convivial comes from the Latin “con vivire”; the need, according to Büscher, for humans to coexist with all life on earth.

In order to see how this coexistence can take shape in practice, field research started last year into the relationships between humans and predators in both global north and global south contexts. In the Atlantic forest in Brazil, where agriculture and other land-intensive forms of development continue to expand, a postdoctoral researcher is currently looking at how to restore migration routes for jaguars. “This is socio-scientific investigation into what people need in order to want to – and be courageous enough to – live alongside the jaguar,” explains Büscher. 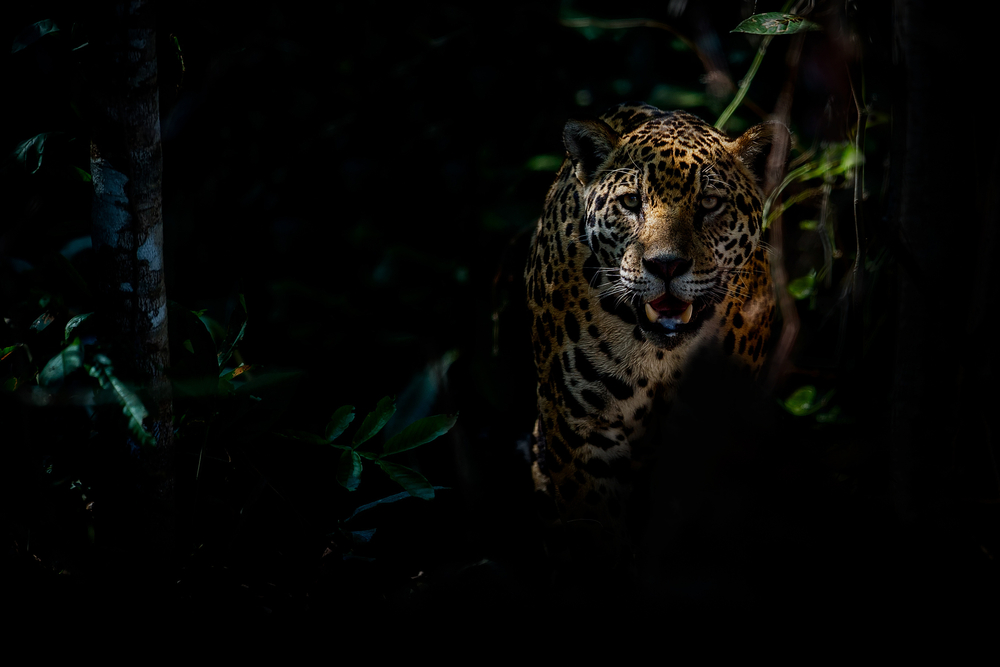 Similar research is taking place in Finland, where hunters and livestock farmers who settle in and around the forests struggle with the wolves that roam there. Other researchers are studying the relationship between humans and grizzly bear reintroduction in the American state of California, and the relationship between lions and humans in Tanzania.

Worldwide, a better alliance between humans and wild nature  is needed if we are to maintain a sustainable balance of life. “Take a fundamentally different infrastructure for urban areas for example, so that wild animals can also live and migrate there. Wild nature can be embedded into our living environment,” says Büscher. Tourism to more untouched natural areas should be reduced in the future. In addition, the professor proposes introducing a basic income for people who live together with wild nature and help conserve it.

Furthermore, Büscher and his colleagues advocate the study of “conservation impact chains” which can be used to identify the impact of consumption and lifestyle on ecosystems and biodiversity. “This can show the influence of consumption patterns on bees in Europe or lions in Africa, on the environment, and on the richer and poorer people in the areas concerned,” explains Büscher. This idea is already being explored inside and outside of Wageningen University, together with international nature organisations and knowledge institutes. 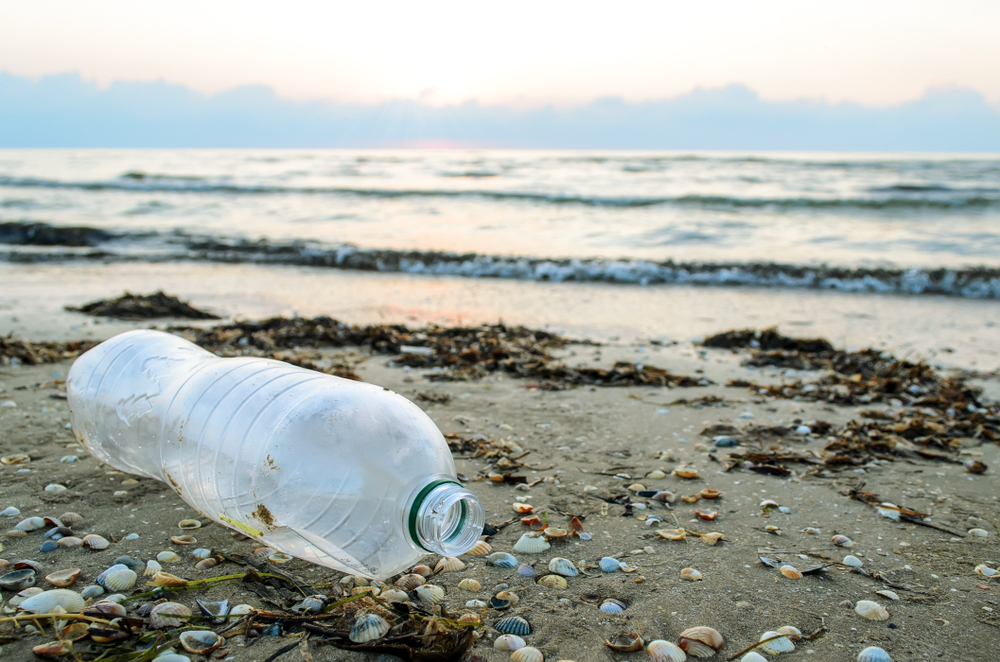 Intensive agriculture, mining, and urbanisation have too negative an impact on nature. It causes ecosystems and biodiversity to decline rapidly. “Nature cannot evolve fast enough to adapt. Our economic system, based on unlimited growth, is unsustainable,” says Büscher.

The IPBES report by the UN Panel on Biodiversity, published earlier this year, draws the same conclusion. The report was signed by nearly all UN countries. Büscher: “Technological solutions and efficiency sometimes provide a little respite, but the space it creates is immediately filled by further growth. Let’s use the electric car as an example. If we all switch from driving powered by fossil fuels to electricity, but have 25 percent more cars on the road as a result, the overall environmental footprint will still increase.” 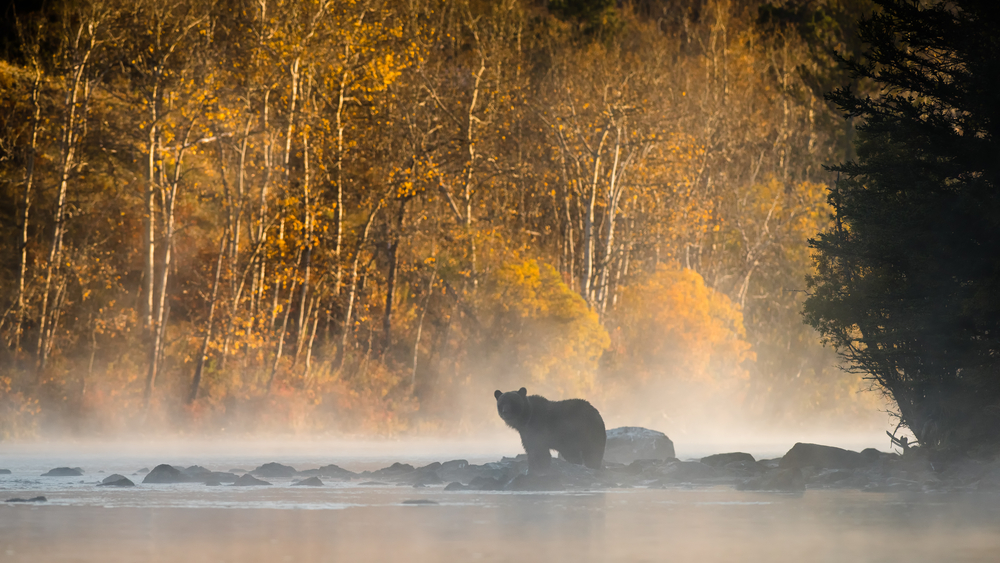 “Humankind is unable to see the full scope of the consequences of its actions,” emphasises the professor. “We are playing with the balance of life. It is time for deep reflection on nature conservation and how political and economic systems can contribute to it.” Büscher and his colleagues in the Sociology of Development and Change group are working with the Netherlands Environmental Assessment Agency (PBL) on future scenarios for environmental conservation in the Netherlands, in which economic growth is not a determining factor.

Büscher notes that their vision for environmental conservation is attracting a great deal of national and international interest from nature organisations, scientists, and governments. “People are open to a positive story with ideas on how things can work differently. Besides, it’s a scientific breakthrough. This is the first time that we have taken such a broad view of environmental conservation in connection with the role of nature in economic development. We bring many dimensions together.”

Throughout his career, Bram Büscher has looked at the link between nature, conservation, politics, and economics. In 2003 he obtained his PhD at VU University Amsterdam on the relationship between international development and environmental conservation in “peace parks”, cross-border wildlife parks in southern Africa. “I have always been interested in international relations. In recent years I have studied the increasing poaching and militarisation, but also what can be done to look at it differently. That is what created the idea for ‘convivial conservation’. I want to investigate how we can shape environmental conservation politically and economically in a way that does justice to both nature and mankind. The counteracting forces and economic interests are huge, but I'm a positive person."