English or better Spanglish, Portuguese with Amazonian accent, Spanish with Iberian accent or much, much better forget about languages and attempt that the knowledge is properly transferred in a Babel-melting-pot. We opt for the second: the physics and biological aspects are universal, and they are, for us, the most important aspects.

Language or knowledge: That is the question?

Thursday morning. More than twenty super motivated students, mainly female, are staring at Raquel and Jordi. During an intensive two days course, we will introduce them on multiple concepts and methods. The key questions are: how to do it in an interesting but not overwhelming way? how to create an inspiring atmosphere that allows them to get the most of it?

Strongly inspired on the Wageningen Education School, we choose a mixture between theory and practice, emphasizing the common saying “learning by doing”. In addition, we choose to start simple and slightly, as slightly as possible in an intensive course, building up the complexity: step by step. Thursday morning Jordi gave the first lecture on the atmospheric layer influenced by the Amazonian rainforest, namely the atmospheric boundary layer of the Amazon. For instance, we started to unravel what leads to increase the temperature above the rainforest during the day. The first lecture set the tone of the course and it was clear that Spanish with a bit of English, and a modest attempt of Portuguese plus written English in PowerPoints was enough for a perfect understanding: Mission accomplish!

After the lecture there was a coffee break time. Used to the Dutch coffee breaks, we were completely shocked by the Brazilian coffee breaks. When we went out of the lecture room, a table full of food was waiting for us. The coffee was just occupying a corner of it. The surprise was not only the amount of food but the variety. Juices of Amazonic fruits, typical desserts, special sandwiches with white cheese and Amazonic fruit inside, dizzy drinks made of Guarana and much, much more. You can see the afternoon coffee break in figure 1. 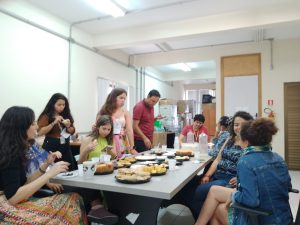 After the generous coffee break the practical work started. Some of the students were specialized in measurements and they have or barely have no experience with models. We started with simple scenarios based on the Netherlands. For instance, we studied how the magnitude of heat and evaporation fluxes, or the early morning characteristics affect the boundary layer growth. With that sort of questions, they started appreciating the utility of models to interpret the reality of the atmosphere. The afternoon was reserved for their own investigation. Divided in groups they handled a research question. By playing with the model settings, they could create scenarios to answer them. At the end, they gave presentations as can be seen in figure 2. 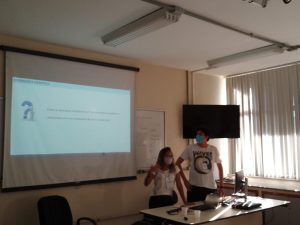 Figure 2: Presentation time. Two people of a group are explaining to the rest what they have found out.

On Friday, the course content gained in complexity. A case based on a representative Amazon was built up together. Using that case as a control case, the groups of students created their own research question to be answered by the model. They were mainly intrigued on how changes in the vegetation of the Amazon cover will influence the overlying atmosphere. One group for instance recreated a deforestation scenario, whereas another one recreated reforestation. After the presentations, all groups were fully engaged in debate (figure 3), so engaged that their fast Brazilian discussions surpassed Raquel and Jordi’s capacity. Raquel and Jordi kindly ask some translations from English speakers. This is what a flipped classroom is: a class fully controlled by engaged students. Second mission accomplished! 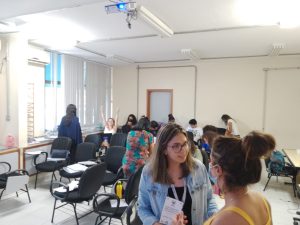 Figure 3: Students fully engaged in the class. They were so engaged at the end that they did not want to take any breaks but continuing playing with the model.

We cannot end this post without bringing a last topic: the amazing biodiversity of the INPA campus. We know that Wageningen joined a biodiversity campaign in the campus where they found many species. We cannot estimate the species here but in a quick tour around INPA we could see alligators, macacos, nutrias, turtles and more. If you want, you can try to spot the alligator in figure 4. 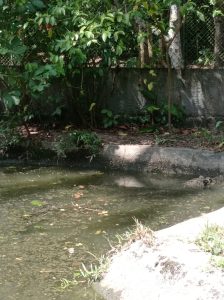 Figure 4: Typical lunch break around the campus. You can eat your sandwich whereas finding some alligators.