With the celebration of the 101th anniversary of Wageningen University on March 11th 2019, the centennial celebration has ended. Today we publish the last blog post in the series about the 100th anniversary of Wageningen University. After highlighting dissertations, speeches, drawings, reports we now want to highlight the scientific journals in which Wageningen researchers publish and how this changes in time. Marc Loman, Koos Nijssen, Eva Troost and Hilda van der Pol contributed to this post.

The number of refereed articles grew in 40 years from almost none to almost 3500 articles per year. This goes along with the growth of the scientific output or as is known as from little science to big science by Derek Solla Price (D. Solla Price, 1963. Little Science Big Science, and beyond.) 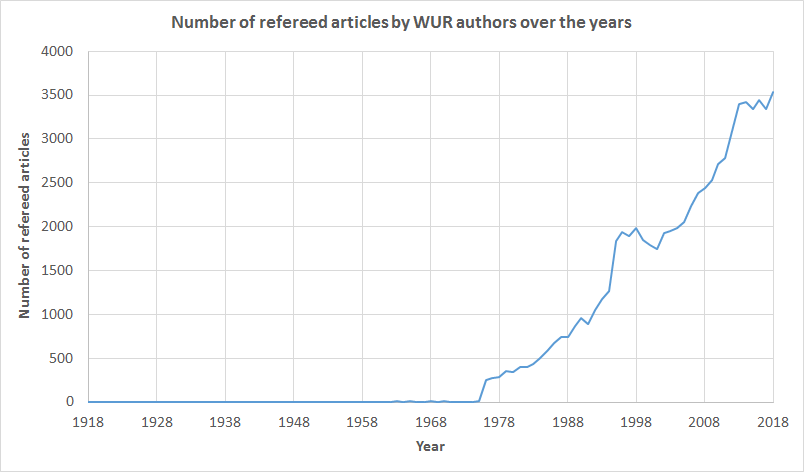 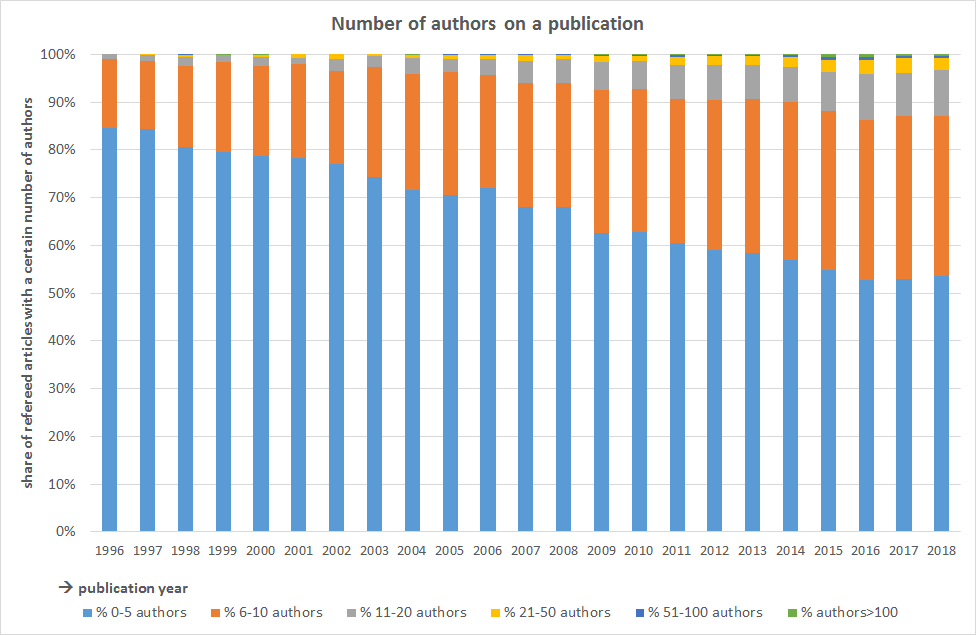 Since the seventies, the number of published journal articles by WUR researchers start to increase. The table below shows the 20 most used journals per period of ten years. In the first period Dutch journals dominate the list, but this shifts later to more international journals. At present, mega journals like Plos One and Scientific Reports have become popular by WUR researchers. (To read the journal titles you can zoom in your web browser.) 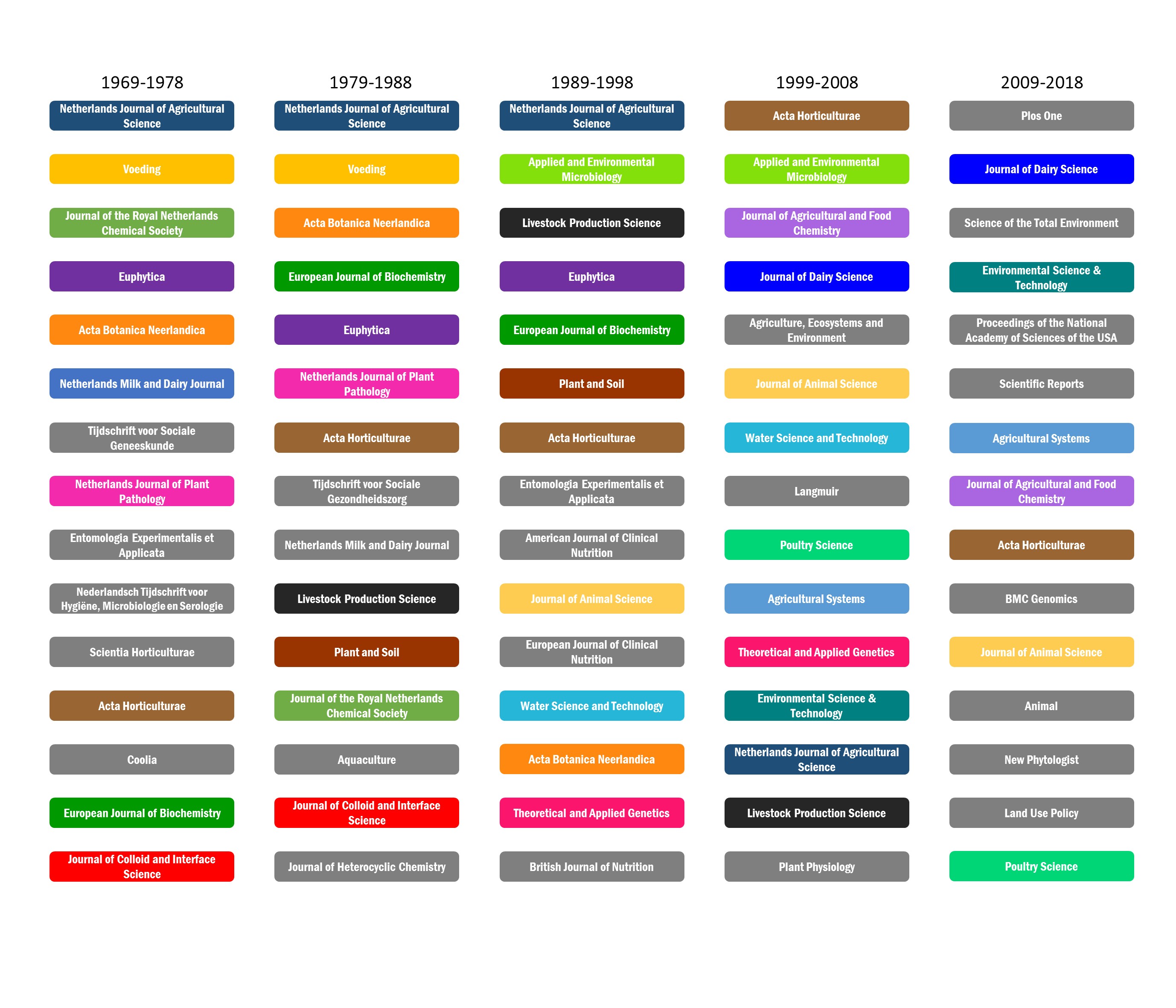 The journals Nature and Science are seen as the most prestigious journals for scientists to publish in. WUR-researchers published 167 times in Nature. The first publications registered in Staff Publications date from 1954 by F.J. Oppenoorth and K. van Asperen, both working at the Laboratory for Research on Biocides, which is one of the predecessors of Wageningen Research. However, searching in Nature publications itself results in a much older publication, from 1926, by G. Berger from the Department of Organic Chemistry.

WUR-researchers published 159 times in Science. The first publication dates from 1975 by T.C. Sinclair and C.T. de Wit from the Department of Theoretical Production Ecology, which is the predecessor of the current chair groups Plant Production Systems and Centre for Crop Systems Analysis.

Because of the Open Access Mandate by the Dutch government (referentie), Wageningen University has to report the share of Open Access publications to the VSNU, This mandates forces research funded with public money to be publish Open Access. The current deals with major publishers support this movement and makes it easier for researchers to publish their work Open Access. However, with the launch of Plan S funders like NWO and EU might not allow hybrid OA publications anymore.

The graph below shows from a gradual increase by of the share of OA 20% in 2000 to over 40% in 2017. Gold Open Access is the dominant form whereas the amount of green OA publications is still limited. The possibility for researchers to share the author’s version of their publications is dependent of the journal regulations. However, WUR encourages researchers to upload their author’s version in our local repository. boarding school application essay examples. Note that publications uploaded on ResearchGate and Academia.edu are not counted as green version, because these are commercial repositories and not open to harvest. 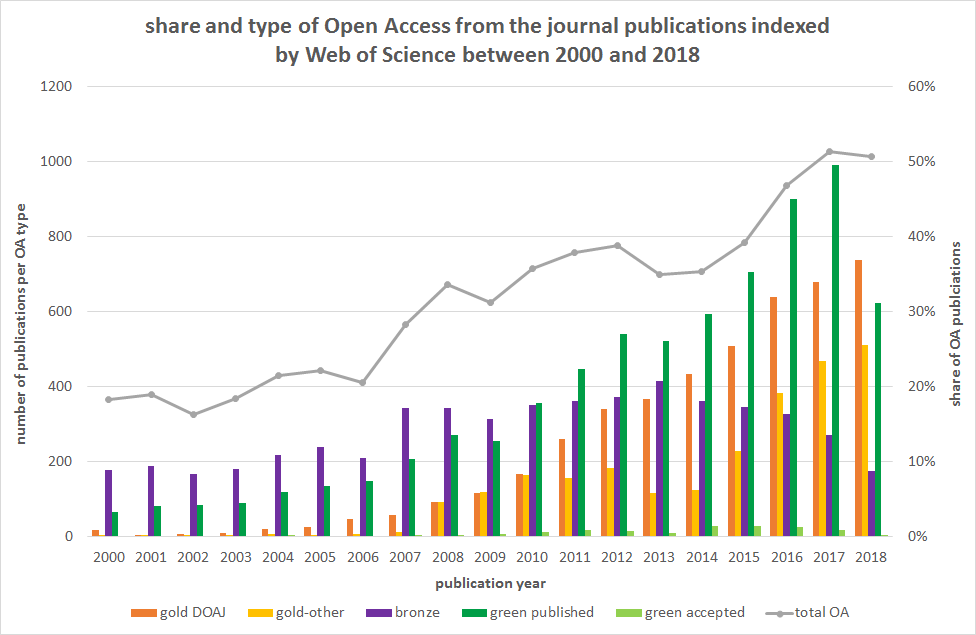 (gold DOAJ = fully open access journals that are on the DOAJ list; gold other = those identified as having a Creative Commons (CC) license but not in a DOAJ listed journal, often articles in hybrid journals (journals with both open and closed content); green published = final published versions of articles deposited in institutional or subject based respositories; green accepted = accepted manuscripts deposited in repositories)