The corona pandemic has revealed how vulnerable the global tourism industry is. Wageningen researchers, therefore, call for a reorientation on the role of tourism in society. This would allow local economies and nature conservation in, for example, Africa to become less dependent on tourists. It could also alleviate the pressure mass tourism places on inner cities and contribute to lowering carbon emissions through increasing tax on air travel. Sustainable travel, are you up for it?

The tourism sector is in upheaval since the corona outbreak. The industry represents ten per cent of the global employment market and income. ‘The corona crisis shows how vulnerable this sector is’, says René van der Duim, emeritus professor of Cultural Geography. Tourism and urgent issues such as climate change, nature conservation, health and urban development are closely linked, he continues. ‘This relationship is currently becoming more evident. Governments can no longer circumvent the issue. That is the “positive” outcome of the current crisis.’

People are more aware of the health risks of travel than ever before. ‘Other large-scale outbreaks of zoonoses, such as SARS in Asia in 2003 and Ebola in Africa, were far removed from us in Europe. However, the relationship between health and travel is now increasingly important here, and it is likely to stay that way’, says Van der Duim.

“We are currently in a position to restore the balance between socioeconomic development, climate and biodiversity. I hope for a fundamental reassessment by governments, businesses and individuals.”

Additionally, there is a growing focus on the relationship between tourism, wellbeing and nature. Now that many ways to spend holidays and leisure time have been removed due to the corona measures, people are spending their free time in their home country’s nature reserves and parks.

Complaints and protests by the inhabitants of popular urban tourist destinations such as Barcelona, Venice and Amsterdam have recently brought the issue of “over-tourism” into focus. Inhabitants complain about the crowds, poor living conditions, temporary leases and skyrocketing realty prices. The corona crisis has severely impacted the economies of many of these cities. 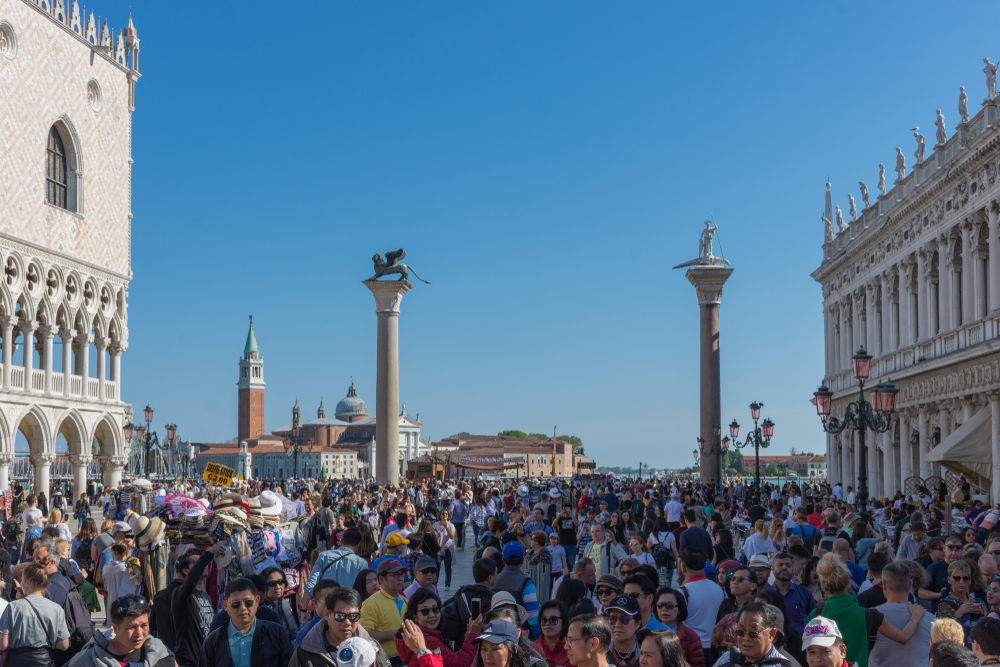 Complaints and protests by the inhabitants of popular urban tourist destinations such as Barcelona, Venice and Amsterdam have recently brought the issue of “over-tourism” into focus. Photo: crowds in Venice (Aron M / Shutterstock.com).

‘This has made the discussion highly relevant. Cities must consider the question: what type of new tourism do we want? How do we want the cities to develop socially, economically, and spatially? How does tourism fit in with these developments?’ Van der Duim contributed to a report by the Board for Living Environment and Infrastructure on domestic tourism. This report provides municipalities with concrete tips to better streamline tourism, for example, through mobility and housing policy.

Public and private nature reserves and adjacent communities in Africa, Asia and Latin America, suffer the impact of loss of income resulting from the pandemic and travel bans. Many who were employed in the tourism industry lost their job, and farmers are denied compensation for the cattle hunted by predators. Moreover, the contribution of Western charities to nature conservation in the lower-income regions is declining. Last year, the media reported extensively on the increase in poaching in game reserves as a result of the loss of income. ‘In the meantime, however, it appears that some forms of poaching are actually declining due to the travel restrictions.’

‘If something appears reasonably stable, it raises no questions. But now we see how problematic it is when the economies of local communities and nature preservation rely on tourism and charity.’ Van der Duim and his colleagues pose that nature conservation is primarily the responsibility of national governments and not just of the tourist industry. 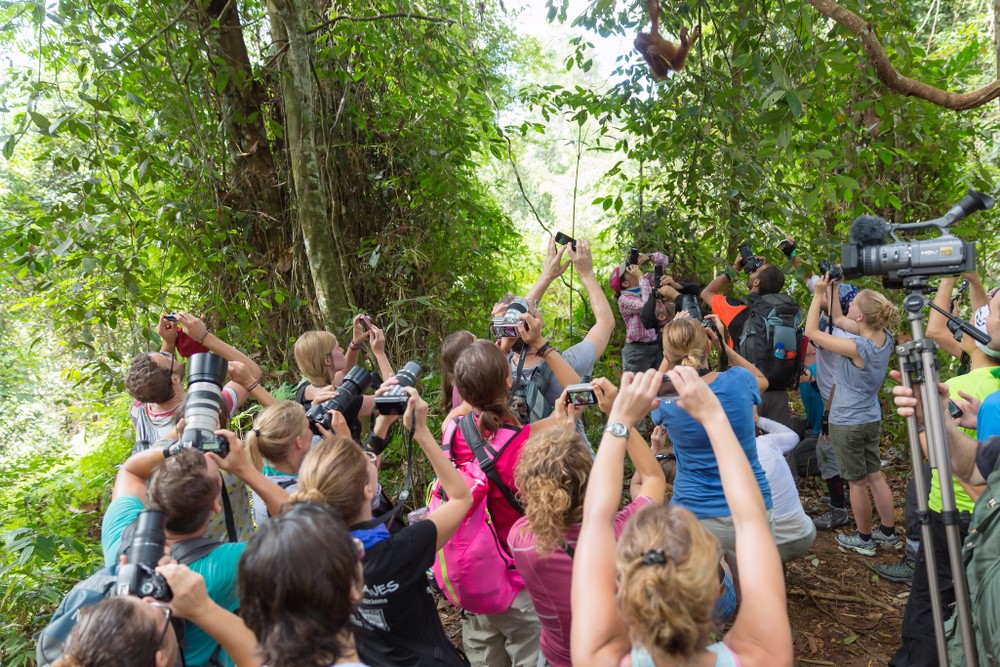 Van der Duim and his colleagues pose that nature conservation is primarily the responsibility of national governments and not just of the tourist industry. Photo: tourists in Sumatra, Indonesia (Dennis van de Water / Shutterstock.com).

‘If we provide the people around these nature reserves with a basic income, it becomes easier for them to live in conjunction with nature without having to monetise it. Many African countries invest little in nature conservation, so the international community must invest.’

There are also other issues related to tourism. For example, the loss of biodiversity and a scarcity of sweetwater in tropical coastal areas and waste generated by hotels and cruise vessels are all related to tourism. ‘A 2019 study revealed that we will not meet the Paris climate goals if tourism continues to grow. It is estimated that the contribution of tourism to climate change is already five per cent, and as high as ten per cent for the Netherlands.’

Less frequently but for longer

‘On average, the Dutch have taken a trip abroad twice a year over the last few years. In 2019, 10 million holidays involved air travel. Low-cost plane tickets have resulted in a steep increase both in city-trips and remote holidays.’ We must stop this trend, Van der Duim stresses. ‘It is much better to take an extended vacation far away once every few years, than short but frequent trips as is now the case. The corona crisis has caused us to renew our appreciation for the Netherlands as a holiday destination. The question is whether this will remain so.’

Air travel is actually too cheap because there is no sales tax imposed on plane tickets, and kerosine is not taxed. ‘Air travel is the most polluting form of travel, and yet has the lowest taxes. In addition to the real costs, as well as sales tax and regular taxes, the ecological price should be incorporated in the ticket fees. That would certainly result in a drop in air travel.’ 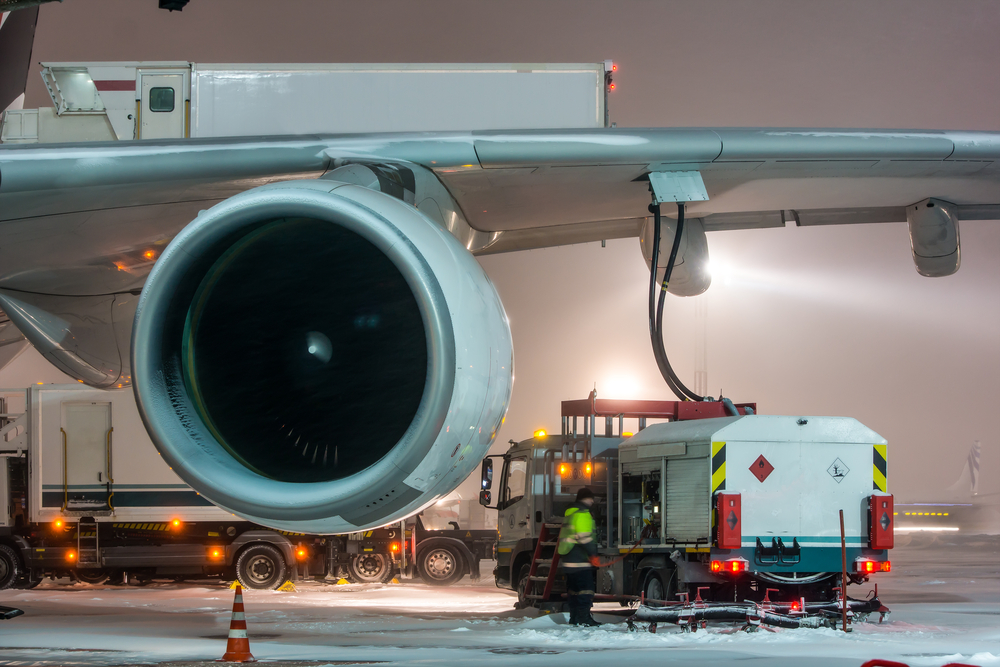 ‘Air travel is the most polluting form of travel, and yet has the lowest taxes. In addition to the real costs, as well as sales tax and regular taxes, the ecological price should be incorporated in the ticket fees.’ Photo: Shutterstock.

Once the world emerges from the vortex of the corona storm, there are various possible scenarios. ‘It is possible that everything returns to the way it was, “business as usual”. However, the deep economic crisis that will result from this pandemic may cause governments, politicians and businesses to focus entirely on economic recovery.’ The pandemic also offers a unique opportunity for us to reconsider the role of tourism in society.

‘Governments and businesses such as KLM and tour operators are collaborating more than ever before to overcome the crisis. Governments in the Netherlands and elsewhere should incorporate climate, biodiversity, development and the fight against poverty in their international, national and local policies.’ The extensive Wageningen research in which scientists from various domains are involved, such as ecologists, economists, and sociologists, could help.

‘We are currently in a position to restore the balance between socioeconomic development, climate and biodiversity. I’m hoping for a fundamental reassessment by governments, businesses and individuals.’

René van der Duim has been focusing on sustainable tourism for four decades. Following his studies on tourism in Breda, and Sociology in Tilburg, he started teaching in Breda. He also took a position at the Recreation Foundation in The Hague. Some 25 years ago, he came to Wageningen to put international tourism on the map. With his colleagues, Van der Duim was responsible for launching the Sustainable Tourism bachelors and masters and a research programme. He was appointed special professor in 2009 and personal professor in 2015. Van der Duim retired in 2020 but remains involved in the research. ‘Education is at the core of our activities. I was mainly motivated by students from, for example, African countries. Some of which obtained their PhD and are now employed by universities in their home county. Thus, I hope to have contributed in a small way to solving the development issues. The relationship between tourism and nature conservation has my interest. Tourism could help to achieve nature conservation goals. I devoted much research to this issue.’