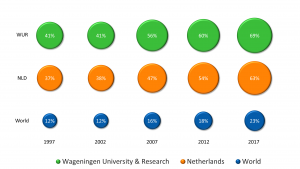 Based on Scopus WUR collaborated with 159 different countries since 1918. The word cloud represents the countries by their number of publications together with WUR researchers. The Netherlands is overrepresented in this word cloud, because the WUR affiliation on the article is also counted as a publication from the Netherlands. Generally, researchers collaborate most often with researchers from neighbouring countries; however, many non-European countries are major collaborators for WUR too. 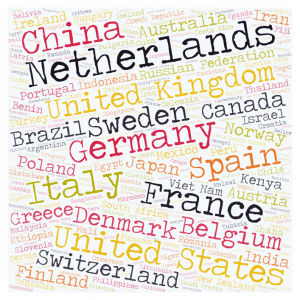 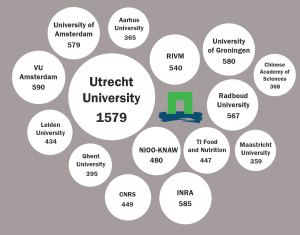 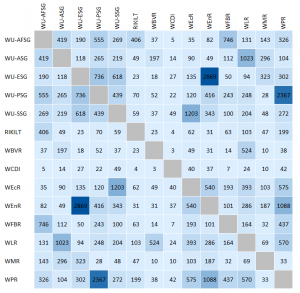