How to measure trust

Smoked, dried seacucumbers are ‘the gold from the sea’ in Papua. They do not look the part: they resemble black crumpled socks and taste like old clams. But the Chinese use them as a medicine to speed up recovery from surgery. So Papuans harvest the sea cucumbers not for eating but for selling. They have a special system to protect this money machine.

We went to Folley, a small village in the south of Raja Ampat, to talk about the how the villagers protect their area and the sea cucumber harvest. Our ship Temukira was welcomed by a small canoo that guided us to the shore. About seventy people were waiting for us. We entered the beach through an arch of coconut leaves and were led to a table filled with fish stew, corn, sweet potatoes, and cassava. While we sat down for lunch, at least forty shy children where watching us, giggling and smiling and hiding. 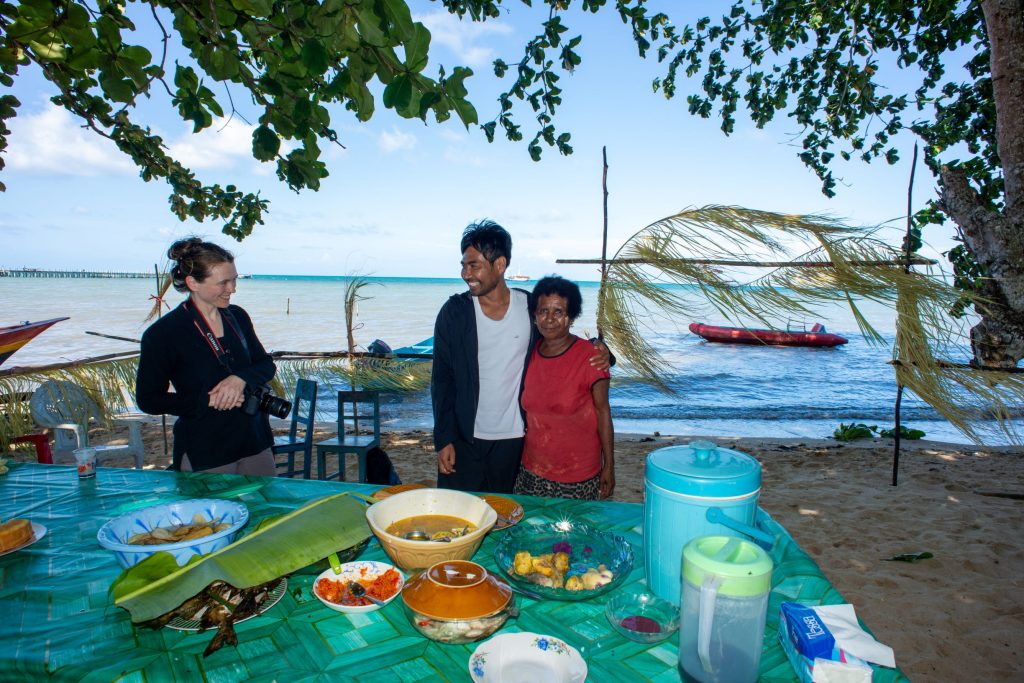 The villagers told us that long ago there was a system called Sasi to protect the harvest. The community decided collectively on a set of harvesting rules, such as “do not harvest sea cucumbers until April next year”. The rule system existed for sea cucumbers, lobsters, coconuts and other harvest. But back then, the harvesting rules were not very effective: wrong season, the wrong area, and no monitoring. So the system broke down.

In 2014, the religious leader, the clan leader and the village leader got together. They had the same dream: they wanted to earn more money for the village. At the same time, NGOs were looking for villages where they could combine local knowledge with scientific knowledge. Folley was a great opportunity. The NGOs helped selecting the right season and place for the Sasi and started to train people to monitor the effectiveness. The new Sasi was implemented for one year. All catch was collected and measured. 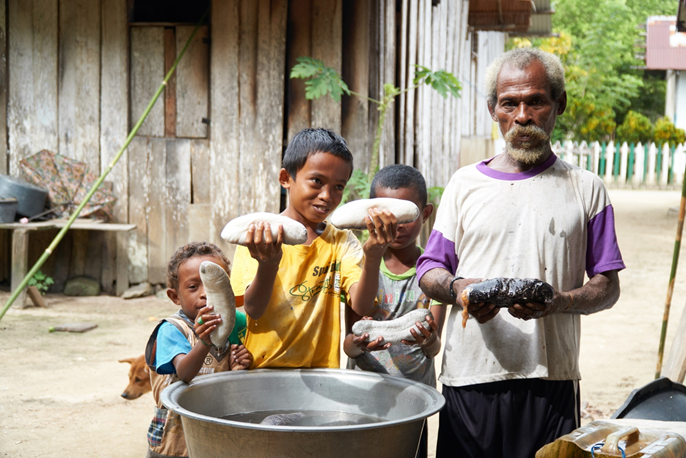 During that first year, the sea cucumbers had increased in size from 17 to 20 centimeter. Why did the new rules work so well? For one, the Sasi way of thinking was already there, and proved to be adaptive to scientific knowledge. Secondly, the local leaders endorsed the idea and supported compliance. Finally, the monitoring provided feedback on the villagers’ actions and reward for their patience, which gave them the confidence to continue during the next years. At the next assembly, it was decided to stick to the new Sasi rules.

An occasion to party

The Sasi system is cheap and effective and can be applied to many other types of food. Moreover, it is a a good occasion to party: when the Sasi is lifted, all villagers and children come and help with the harvest. Perhaps the cheerfulness is part of what made this village such a welcoming and hospitable place. When we left, the children on the beach performed a wave, and we did one for them.