So finally, after three hot days in Waisai where we had discussions with local authorities, we got on the Temukira, a nice little wooden ship that we rented for our expedition. It felt good to be on the water, much cooler and after days of rain it was finally sunny. We sailed to Cape Kri, where we anchored in the sand. The owner of Papua Diving, a diving resort, had invited us to have a look close to his property where apparently big changes were taking place.

Diving in a sinkhole

Our team consisted of five divers to photograph the bottom community and fishes along a number of transect lines. It turned out that we were diving in a sinkhole. While outside of the sinkhole the current was very fast, inside the hole it was very peaceful. 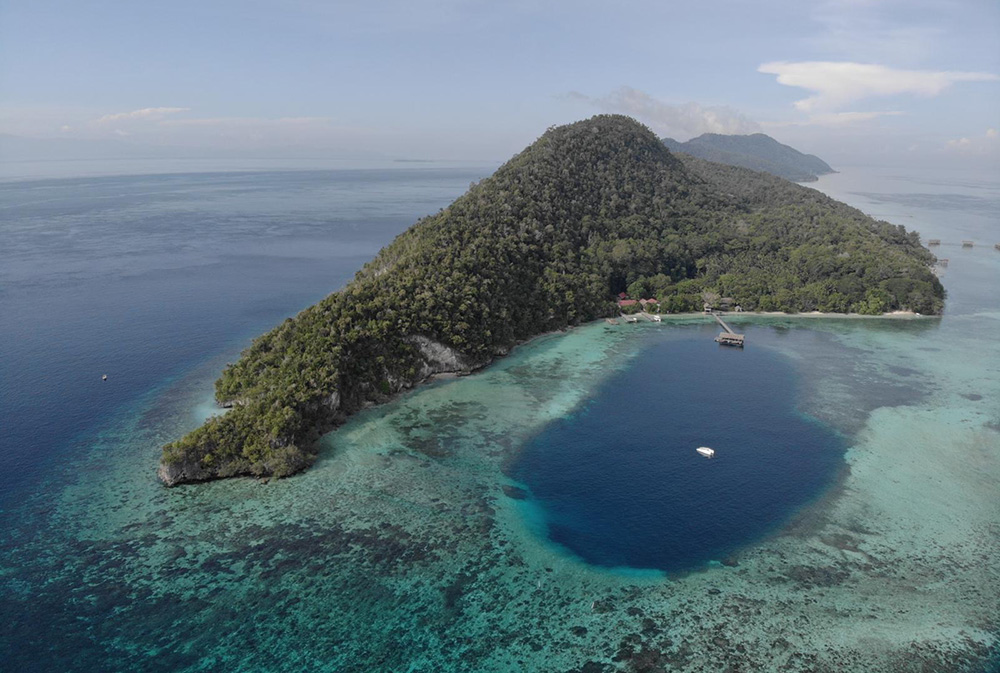 The sinkhole in front of Sorido dive resort (picture by Iqbal Alaik). 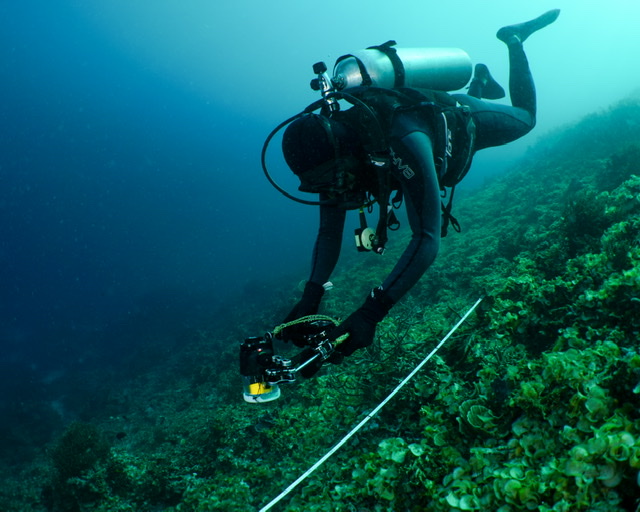 Popular dive spotSorido is close to one of the most visited dive spots in Raja Ampat, Cape Kri. And that became soon visible. Within half an hour we were surrounded by six big dive ships, so called liveaboards. The number of divers per boat can easily be between 15-25. One can easily imagine that 150 divers at once on one spot is too much. 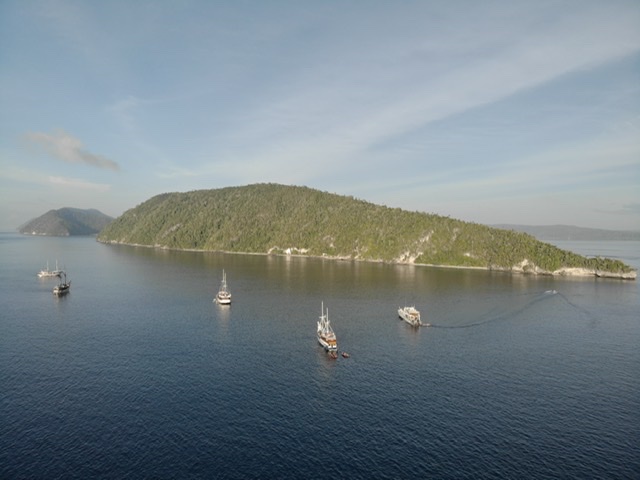 Our liveaboard surrouned by four other boats.

We found that the sinkhole is dominated by Padina algae. Thick mats cover the slope of the sinkhole. A couple of years ago we hardly saw any algae, while now they seemed to be everywhere. What could have caused this change? At night, back on the boat, we discussed this with the team.

Algae thrive on nutrients, for instance from human waste. We found out that many live-aboard boats don’t have holding tanks for the waste water. Given that they anchor just next to the sinkhole, their sewage may end up in there. Because the sinkhole is so sheltered, everything that ends up in it is not flushed away like in many other places in Raja Ampat. As the dive resort owner summarized it: “At some of the dive sites, our guests literally got sh*t dumped on their head.”

The algae may however also result from the overflow of septic tanks on land, especially when the bottom consists of carbonate rock which is very porous. Ultimately, the contents of these septic tanks will end up on the reef. Another possible cause could be run-off from land, which often follows land clearing. The input from organic material from the land can lead to bloom of algae and cyanobacteria.

In the future we hope to find out what caused the algae mats, so the coral will recover and divers will have all the more reason to come back.