COP15 final reflections from a student: richer countries came with much bigger delegations

The UN biodiversity summit (COP15) ended this week with the impressive adoption of the post-2020 Global Biodiversity Framework (GBF) – you can read about the four goals and 23 targets agreed to in this framework in this publication. While the framework is not legally binding, it sets the tone for the creation of national biodiversity legislation around the world for the coming decade.

The GBF was almost four years in the making, and until the final moments it was not clear whether there would be a satisfactory framework that all parties could agree to, especially after the walk-out of developing countries to show their discontent with developed countries’ lack of financial commitments. Much like the recent COP27 on climate, the issue of finance flows from rich to poorer countries was a major source of tension.

The framework was adopted around four in the morning, following weeks of tiring work for the negotiators, though the Chinese presidency was accused of forcing the deal by ignoring the DRC’s complaints. Despite this agreement being an important moment for biodiversity action, it is a stark reminder of the ongoing tensions between rich and poorer countries, with low and middle income countries whose economies often rely on natural resource extraction, and rich countries who have historically exploited countries rich in biodiversity. 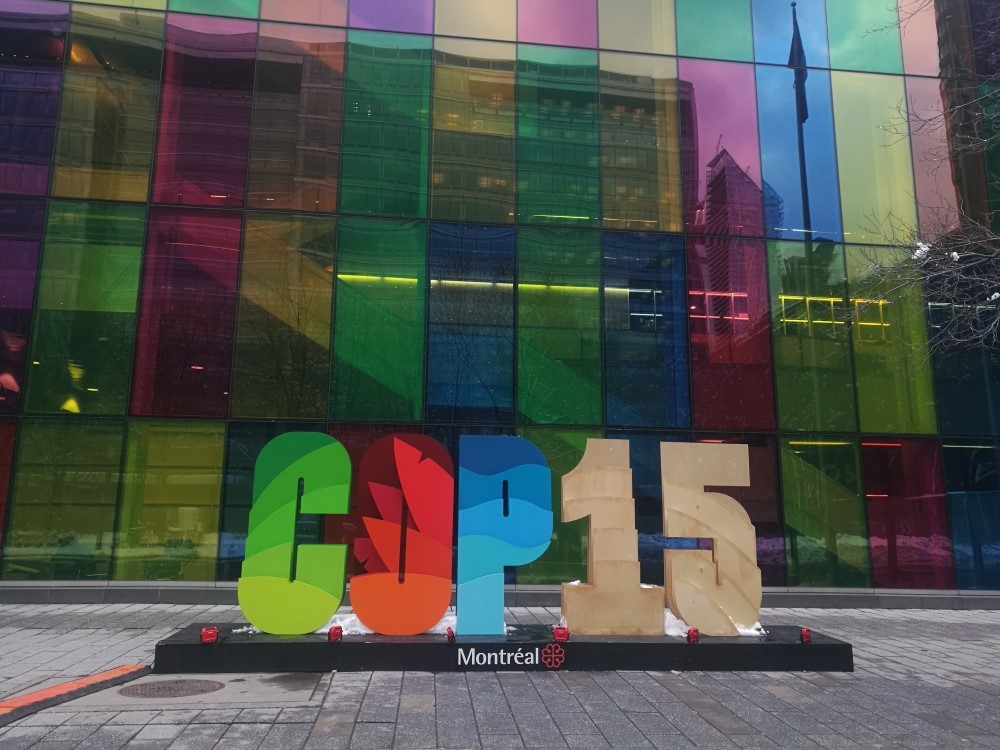 The Namibian negotiator Pierre du Plessis made some very pointed closing remarks which resonated with me: the adoption of the post-2020 GBF is an important step forward for biodiversity, but we still need to address our broken relationship with nature that stems from colonial and exploitative dynamics between the Global North and the Global South. As long as we don’t address the inherent unsustainability of our current global economic system, we will continue to degrade ecosystems in a very harmful way.

Many are calling the adoption of the GBF the ‘Paris moment for nature’ they were waiting for, referring to the Paris Agreement of 2015 widely seen as a huge success for the climate movement. In fact, the Paris Agreement generated a lot of momentum for climate action and created clear measurable targets to reach by 2030, particularly the commitment to staying within 1.5 degree of global warming compared to pre-industrial levels.

We are globally on track organizational analysis paper essay, which is a reminder that making historic agreements on an international level does not guarantee a successful implementation of these ambitious commitments, and this is something we should keep in mind with the GBF as well. I fear that this framework might have a similar fate to the Paris Agreement: an exciting moment that brings attention to the frightening state of biodiversity loss, without the much needed action to implement the targets that were agreed to.

Negotiations into the early morning

Overall, whether the GBF will have long-lasting positive effects to transform our relationship with the natural world or not, I admire the perseverance and incredibly hard work carried out by the negotiators. For almost three weeks, negotiators worked from 7am to 11pm and sometimes into the early morning, scanning the texts for specific language, keeping their country’s instructions in mind while trying to find compromises that could satisfy as many parties as possible.

It is important to note the discrepancy in the capacity of different national delegations, something I had never considered before being in the negotiation rooms myself. As a group of countries works through a text to be edited to everyone’s satisfaction, you can observe that the part of the room with predominantly rich countries are all able to change negotiators for different targets to be negotiated.

This is because richer countries came with much bigger delegations of dozens of people, having the resources to bring different experts in the sciences and policy. Poorer countries had small delegations of sometimes only four people or less, meaning that the negotiators in those delegations were required to follow hours upon hours of negotiations to follow the topic they were assigned to. One such negotiator told me she fell asleep at the negotiating table due to her exhaustion.

Richer countries are able to get more out of these conferences than poorer ones since they have the resources to mobilise experts who can put forward their interests, meet other delegations to strike compromises and come to the best outcome. There is an inherent inequity to this system of international governance that should be talked about more, not to mention that while civil society is present, only the most privileged have the means to take time off work to attend such a conference.

As for final impressions of the COP: I do believe it is an admirable effort to witness all the countries of the world coming together to work hard to create a future we are all happy with. It is great to see civil society occupy such influential roles in the conference, even though they still do not have the right to vote.

The outcome of the COP was impressive, but as I just outlined it also highlights the limits of multilateralism: a framework that leaves some countries dissatisfied, the question of effective implementation, the lack of capacity of low and middle income countries, the lack of representation of less privileged groups. These thoughts make me reflect on the future of multilateralism – is it time for a new global governance system? What could it look like?