4 Close Cities Abroad to Travel over the Weekend

As a WUR student, sometimes I feel very saturated with studying. To refresh my mind and escape from school stuff, I usually would like to travel. However, we all know that our schedule is sometimes too busy that we barely have time but the weekends.

As an international student who come from the other side of the world, I cannot go back home every weekend like my Dutch friends often do. Traveling around the Netherlands is fun indeed, but sometimes I want a new experience, like for example visiting other countries. Luckily, the Netherlands is in a nice location where we can travel to neighboring countries in around three hours. Three nearest countries from the Netherlands I usually visit are Belgium, Germany, and France. Here are four cities in those neighboring countries I’d travel to over the weekend:

This is one of my favorite European cities I have ever traveled to. it is located not far from Wageningen, only around three and a half hours by bus, or more or less the same by train. In addition, because Bruges is popular, there are a lot of transport options I could take. Basically, there are bus and trains going there couple times in a day, so no need to worry about getting back and forth from Wageningen. Another easy option is going to excursion with student organisations, since it is one of the top excursion destinations.

Bruges is the largest city (as well as a capital city) of West Flanders province in Belgium. It still has medieval touch and typical middle-age buildings, which makes it also one of the UNESCO World Heritages. I really enjoyed the food and drinks sold on the streets, for example Belgian waffles (of course!). Since it is a rather small town, I only needed two nights stay to discover the main sites of the city. The most popular landmark is the Belfry of Bruges (Belfort van Brugge), which was built in the 13th century. It’s a bell tower located in the center of the city. I could go up to the top of the tower to see the view of the city. 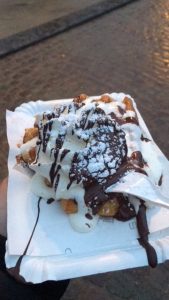 Belgian Waffle from the street vendor in Bruges. 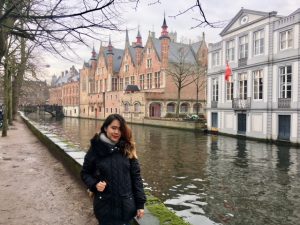 Me visiting Bruges for the third time in February 2017 (can’t get enough!). 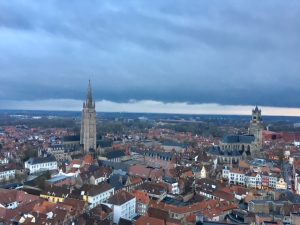 The view from the top of Belfry tower.

Antwerp is another Belgian city that i’d like to visit during a short weekend break. It is located even closer than Bruges, only around two hours by train. Well, it would be a little bit longer by bus since it has more stops but still not too long. Not only a short travel time, the price is also quite cheap. Therefore, I sometimes do only a day-trip because I can always go back to Antwerp easily.

Antwerp is the capital city of the province of Antwerp, Belgium. it’s located in the border of Belgium-Netherlands, and it has the second biggest port in Europe! As a populous city, I could basically find everything there. Landmarks and buildings are beautiful and historical, just like the ones in Bruges but with different style. The most remarkable building in Antwerp for me is the Antwerp Central Station. It has such a beautiful architecture that it once has been awarded as the most beautiful railway station in the world! 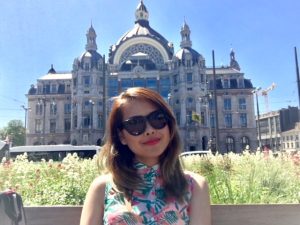 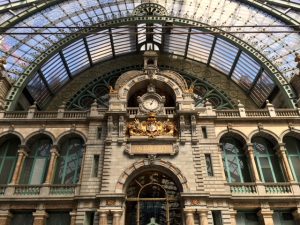 These are the pictures of Antwerp central station, from outside and inside.

The next destination I would definitely recommend is Cologne. Cologne is a German city located only around 200km from Wageningen, therefore can be reached in around 2,5-3 hours by car. Taking public transportation is a little bit longer though, it might take you around 4 hours. Still, I would take the opportunity to go there if I have my full weekend free. I mean, who doesn’t want to see a >2000-year-old city with high Gothic architectures all around the town?

The Cologne Cathedral (Kölner Dom) is definitely a must visit landmark, in my opinion. It is the largest Gothic church in Northern Europe and has a magnificent Gothic design and it’s been declared as UNESCO World Heritage site. One more important reason, it’s definitely free! When the weather is nice, I like to sit nearby the Rhine river and just enjoy the beautiful river views. 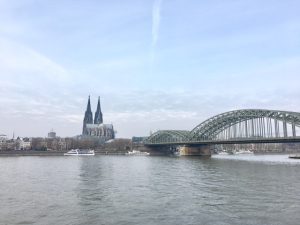 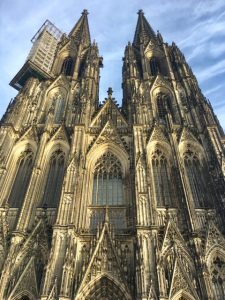 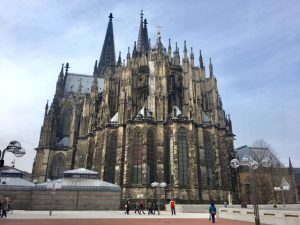 There is also one thing that is very popular from Cologne: the Cologne Christmas market! Every year, city of Cologne holds several Christmas markets with different themes and location. The biggest one is of course the Cathedral Xmas market. You can find hundreds of interesting booths that sell Christmas goods, food, and beverages. The wonderful atmosphere is so festive that you would unlikely find in other places! 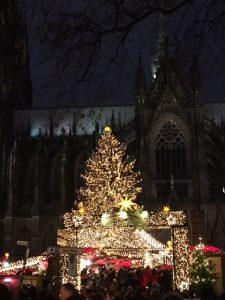 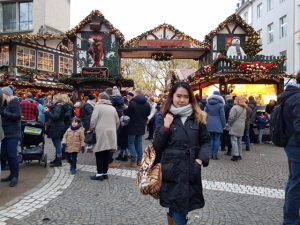 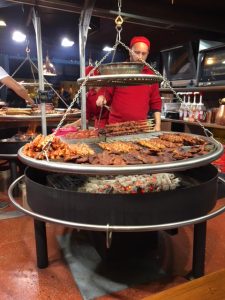 Lille is located near the border of France-Belgium. It is a small city with a great atmosphere. It’s the capital of Hauts-de-France region, in the Northern France. You can reach this city with only 3-hour driving by car from Wageningen, and around 4 hours by public transport. I was so impressed with the architectures, because it shows a mixed between French and Flemish styles. Since it is not that big, staying over the weekend would cover all the big attractions in this city.

The Lille Grand Place is the main square in Lille, the first thing I would like to visit the moment I got there. If you like old-town atmosphere, I’d recommend to visit Le Vieux Lille (Old Town Lille) where you could find 17th-century architecture and historical places. Besides buildings, this old town also has a beautiful park and a small zoo in which you can stroll around. 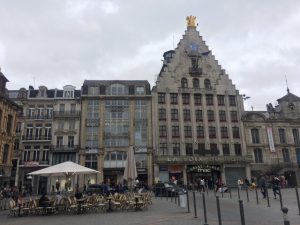 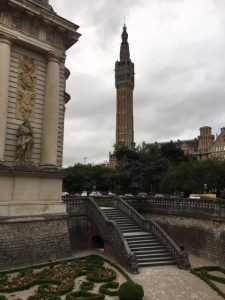 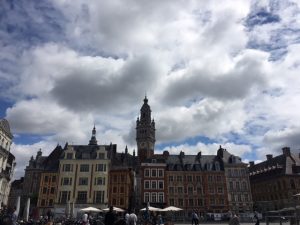 From left to right: Lille Grand Place, near Porte de Paris, and another angle of the Grand Place.

There you go, four cities you should visit during your weekend break. I personally think traveling is such a good method to escape from stress (whether it’s study related or not). In addition, it will broaden our knowledge about the world, that learning is not only from classrooms and books. So, I encourage you to go, grab your stuff and explore!

Yurike Inrumitha is a master's student of Nutrition and Health, Wageningen University. She is from Jakarta, Indonesia. Besides writing blogs, she is also ISOW board member.