Quick Guide: How to Create a Documentary with Limited Resources

Last year I was passing through the campus hallways when I saw an ad from the RUW Foundation looking for people to form a team for a documentary on the ‘Future of Food‘. A project for the celebration of 100 years of university. As I was looking for a job and new experiences in Wageningen, I applied, but my familiarity with documentaries until then was zero. Additionally, our available time and money were quite limiting. However, the result was very good, and I believe that the success of our project happened because of some points we hit on the head.

For those who are planning to make a documentary, here are some tips:

1. Define the outline and the shared vision

In a documentary with interviews, you can not exactly plan the final result, like in a movie where the script is written before starting the filming. You should have a main idea about the content, especially about what conflict is going to be shown, but finalize the script only after the interviews.

In our case, I believe that the most important thing was to make time to get to know each other and create a shared vision of the team. After this became clear to everyone, it was much easier to select who should be interviewed and which scenes should be shown. This process comes in a variety of formats, from informal conversations to guided creation processes. It is important that you draw together an outline of the documentary to shape the idea among the group and to be able to explain to others what the project is about. Maybe during these brainstorms, the name of the documentary will come up unexpectedly. Thank you, Emily. 🙂

2. Divide the work and trust each other

Luckily for us, RUW had already selected different vacancies for the project: director, editor, interviewer, storyboarder, and planner and cameraman. Since this was a small project, we ended up helping each other in the whole project, but it’s important to have people with different profiles to make a movie (or maybe any project). Our skills were very different and complementary. At first, I had difficulty understanding how I could work better and I got overwhelmed with things to do. But to my surprise, instead of helping the team, I ended up taking away other people’s freedom to contribute as well.

They then showed me in feedbacks how they felt and I learned to split the job and rely on the team’s results. It was amazing to see how this brought an improvement to everyone, I felt that everyone started to do everything with more quality and happy. For example, during recordings we agreed that the fewer people who spoke would be better, not to confuse people. Elena, our interviewer, planned all the questions and guided the interviews while we took care of the image, sound and recorded important information. Thank you, Elena! 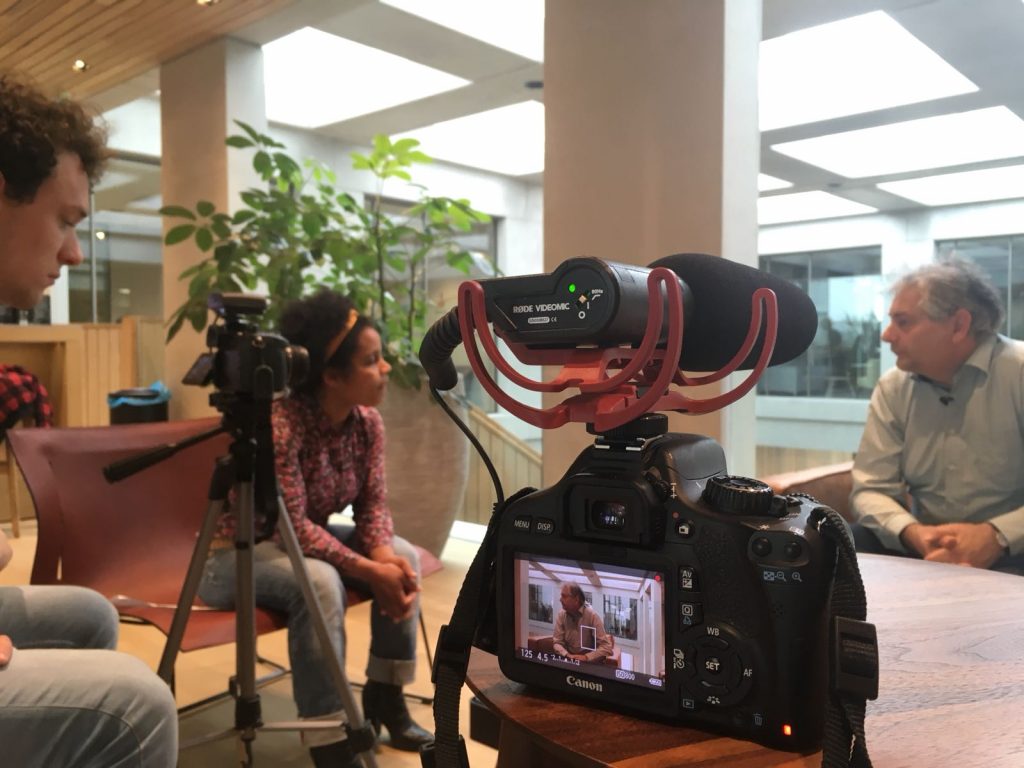 Photo: the interview with Frans Kampers

3. Define the schedule (and be ready to unforeseen)

Another essential point for us was to define the schedule at the beginning and follow it as closely as possible. And be prepared for contingencies (like unmarked interviews), but I recommend not letting them delay the project. Our schedule followed this format: 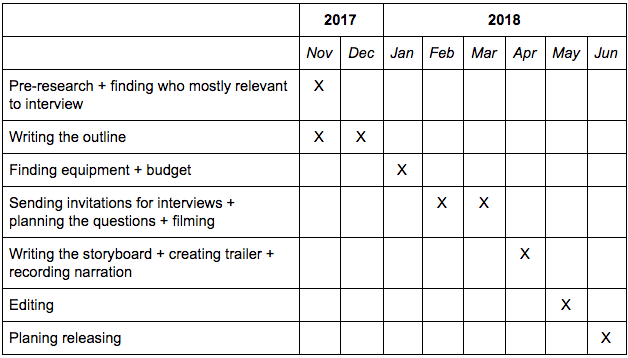 This planning was especially important to put a time limit on the shooting since this is usually the most fun part. There comes a time that we have to choose to stop to still give time to do editing and planning the releasing. Sad story. But it is also good to do this to give up perfectionism. 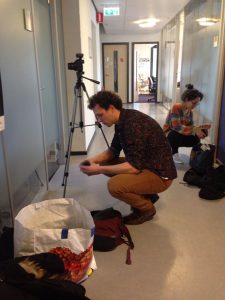 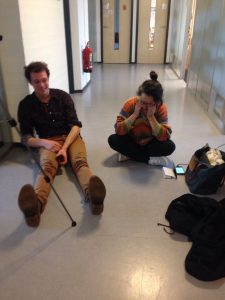 Celebrate all the team’s progress! As our documentary was about food it did not take long for us to understand that our favorite way of celebrating was eating. 🙂 We did lots of potluck rounds at the office or eating at someone’s house. 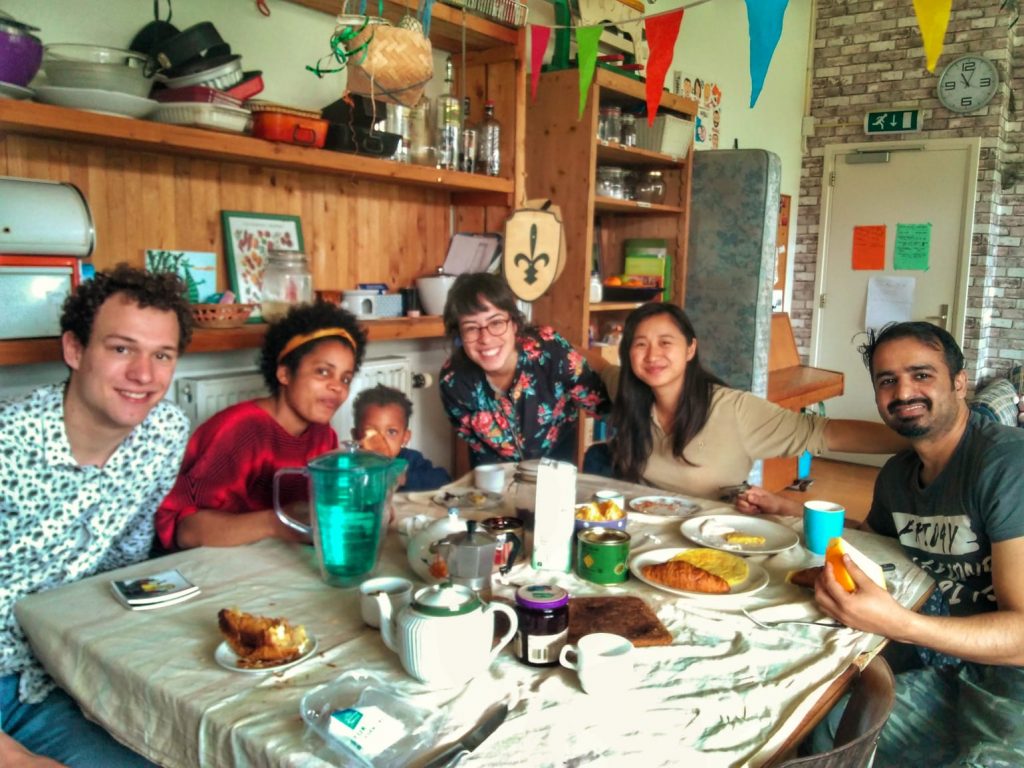 Photos: one of our many potlucks

Well, that’s the main connection to the title of this post: limited resources. We did not have much money to rent or buy expensive equipment. But ‘talking to someone here, someone else there’, we found people who believed in the project and agreed to rent us their personal equipment with a super affordable price, and the equipment is so good that the image is capable of projecting into the cinema! Thank you, Wytse, for teaching me everything I know about it. 🙂

6. Storyboard is more inspiration than a creation

There is a book I really like, which is called ‘steal as an artist‘. It basically says that everything has already been created and that artists use inspirational elements from elsewhere to inspire their own creations. As I was completely out of this movie world, I felt super insecure about the project and started to see dozens of documentaries. On Facebook, I asked friends what their favorite documentaries were, and I watched them all taking notes on what my favorite parts were: introduction, call to action, topics, images, sounds, … Basically, there is no right or wrong, what exists is what you identify most, and what can be used in the image you want the documentary to have. These inspirations make it much easier to write the final script.

With the indication of Mehrab, we did a storyboard with the description of all the scenes: what scene appears, for how long, what we see, what we hear, transition effects. music. This really helped the editing work! Thank you! 🙂

There are exceptions, but usually, you will have more partners for your project once the product is ready. In our case, it was like this. During the editing, we split the group again for talking to partners, marketing, looking for subtitle funding, etc. This is a network time! Special thanks to Didi de Vries, Simon Vink, Roos Hollenberg, and Toine Timmermans for believing the idea. 🙂 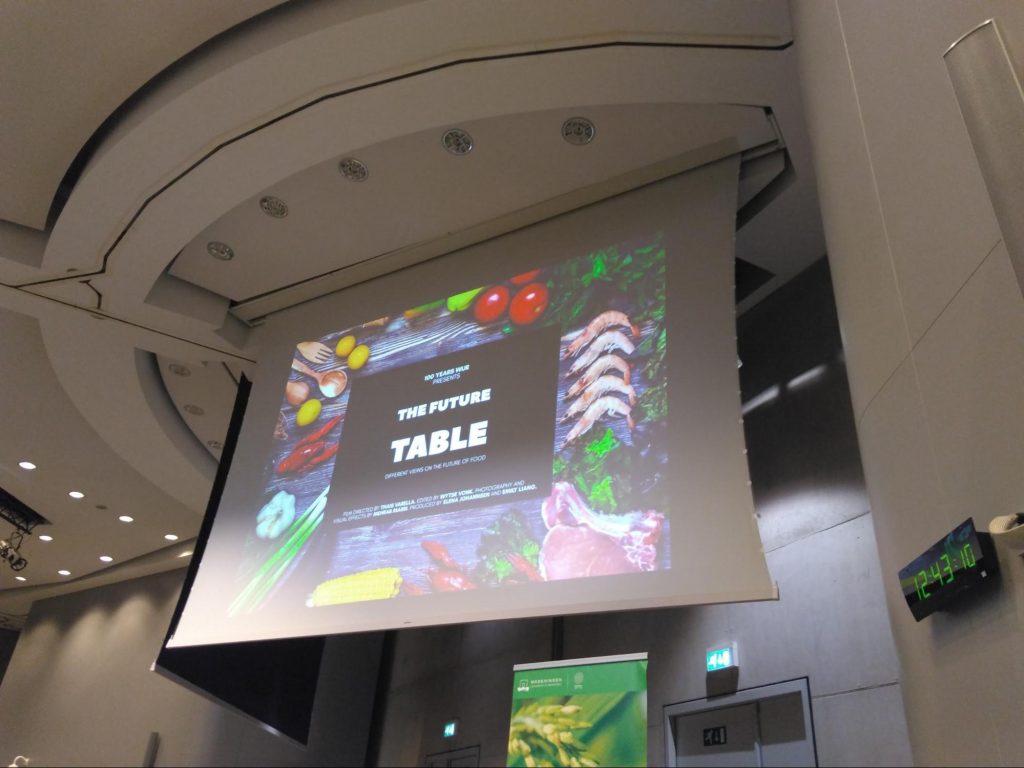 Photo: trailer screening of ‘The Future Table’ in the Symposium Food for Future