By: Monika Saradha · 21 July 2019
Category: Tips and advice for studying in Wageningen

Choosing to do your masters abroad requires a lot of courage by itself. Especially when you have to move from your cosy familiar atmosphere to a completely different place which wouldn’t (or would) even match your continent, time-zone, weather, language and especially the FOOD!!!

But you did it, took the big leap of faith and chose Wageningen University and Research. What next?

As excited as you might be about moving to a new city and university, we also start building up a picture on how things might be. These are certain expectations we have as a student and work along those lines until witnessing them first-hand. Thus, making this a bit easier for you I’ll share my experience through this blog.

 More than 90%-93% of the population can speak English

Expectation: Yes, I did read this on Google, but how practical is this? I was pretty sure I will be roaming around with my phone translator in hand while trying to do my basics like grocery and commuting.

Reality: Eureka!!! It is true. Felt so at ease that I could easily speak in English to get through the day. From the tiniest city to the big old touristy cities every nook and corner people do know the language. Although they would love to hear a Bedankt, Tot ziens and Dank je wel-once in a while 😉

 Wageningen is a “City”

Expectation: A big, crowded city with a lot of vehicles buzzing 24/7 (This may be due to my preconceived notion of a city in general).

Reality: A very calm, densely populated, small and green city (tiny version) with very warm people. University and the students make up most of the crowd with a real high international population. So never really felt foreign in this place and fitting in wasn’t hard.

Expectation: Looking at the course schedule with exams every 2-3 months, I was rest assured and prepared to go through a strenuous year.

Reality: The course is pretty packed (manageable level) and ample time to engage yourself with a number of happening parties and events in and around the campus. With some event or the other happening every day and a possibility of using the sports center, I was able to experience a year with equal time spent on curriculum and extra curriculars.

Expectation: This notion of mine may be because of the difference in culture, but I expected Professors to be strict and hard to approach.

Reality: The professors were super friendly irrespective of the amount of experience they have. They were always open to discussions and suggestions.

 Dutch are direct and rude-as perceived by an International

Expectation: Thanks to Google for this impression, a number of articles on how direct they are, and I was already into my bubble of being careful while conversing.

Reality: Being direct does not mean rude and not every Dutch is direct as well. We have our own cultural differences with every nationality and that is what makes us unique. At the same time not everyone from one population is the same. Having an open mind was required to learn about each other.

Now, what is (or were) your expectations of Wageningen? 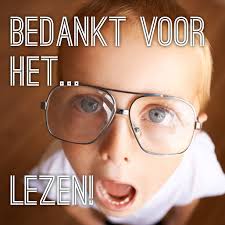 I'm a Masters student pursuing Food Technology with Biotechnology & Bio-refining as my specialization. I come from India and a novice to living alone and abroad.Pretty inquisitive and trying to be present everywhere all at the same time and failing at it. I hope to give you a glimpse of my experience of living, studying and falling in love with Wageningen.

essay on police reforms in india in hindi
https://weblog.wur.eu/fun-homework-activities-year-6/
This website uses cookies. By continuing to browse this site, you agree to the use of these cookies. To continue click once at a link on the site.
If you do not wish to accept them, you can indicate this under the cookie settings.