3 Facts About the Netherlands Everyone Should Know

In 2013 I lived in Breda, a city in the southern Netherlands. It was an exchange program that was part of my graduation. At that time, I had a personal blog where I wrote about my travels and personal development. One of the posts I wrote was called “my perceptions about the Netherlands”, describing some moments of cultural shock. However, reading today I noticed how much my first perceptions (even with a year living here), were mainly about the physical characteristics of places and people: inclined stairs, toilets formats, food, language,…

Today, living and studying the master’s degree in Urban Environmental Management, I had the opportunity to learn some other things that have broadened my view of what the Netherlands is, especially behind bicycles and windmills. Not that the other perceptions are no longer valid, but surely there is much more behind the scenes.

In the first year of our studies, we did some excursions where we had the opportunity to talk to diverse people: from urban planners to local people where the concepts of what we were learning are applied. One of the excursions was for EVA-Lanxmeer, in the class of Planning and Design of Urban Space. This is a district here in the Netherlands, which was built with principles of permaculture, with various actions of reuse of water and nutrients, renewable energies, community libraries and gardens, animals, market, leisure areas, etc. There, it was the first time to talk about the concept of social housing.

In the urban planning of the cities here, approximately one-third of the residences are destined with lower prices for people with less favorable conditions to have a house. This is a way of avoiding social inequality in the country. For me, it was a gigantic cultural shock to learn about what the government does to encourage people with different conditions to live in the same place. And the quality of the house does not fall along with the prices, because the infrastructure is the same! Of course, it is not perfect, but surely this is an important action to avoid the marginalization of people in the cities. What I found most incredible is that the selection does not take into account only the income, but also other issues such as whether the person is senior, unemployed or from another nationality. 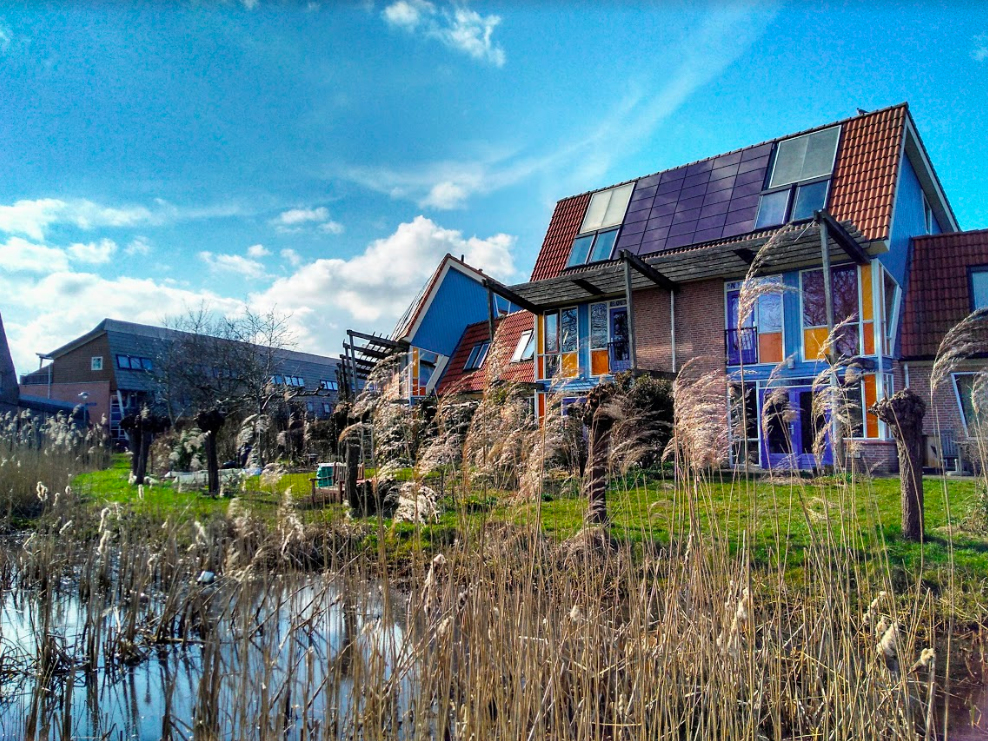 Photo: excursion to the district of Eva-Lanxmeer

Again on how to avoid social inequality, another important action here is the collection of taxes. The amounts people pay are quite high, but they vary according to income, reaching a tax rate of up to 52% of the salary. The more people earn, the more they pay. The advantage is that one pays only once because there is access to good education, infrastructure in the cities, security, practically everything. I come from a reality where it is very common for citizens to pay taxes and then have to seek private primary school courses, language courses, transportation to avoid the insecurity of walking on the streets, etc. In the end, it gets much harder for people to pay their bills, and because of that, they get frustrated that they still have to pay taxes to the government. And that’s the frustration that I brought with me to the Netherlands, and now I’m learning to reframe it.

I came to do my masters already looking for a job to pay for my studies here. Luckily, I started working at the RUW Foundation, one of the university’s Green Active Network organizations. That’s when I learned: employment = taxes. The government in the Netherlands is somewhat systematic. The rules are very clear, but it can also be difficult for someone who comes from abroad to understand. Most of the information is in Dutch, so I advise you to ask for help whenever you need to do something. This will help to avoid double work. ‘Do as I say, do not do what I do’, I’ve had to do double work many times. Don’t be like me.

Well, I’ve been getting help with all the paperwork with my co-workers, but when I was told that just by starting work, I had to hire a Dutch Basic Health Insurance that cost almost a third of my salary, all my frustration with the government has returned. “How am I going to pay my other bills now?” I thought. However, surprisingly for me, I found with the help of a friend that the government gives health insurance allowance for those with low wages. Remember? Search for social equality. Today, in addition to not spending anything with insurance, as I get the refund. Last month I had to do a new glasses and my insurance paid it all! For those who want tips, and the “I bought” at Specsavers, the service there is super good! 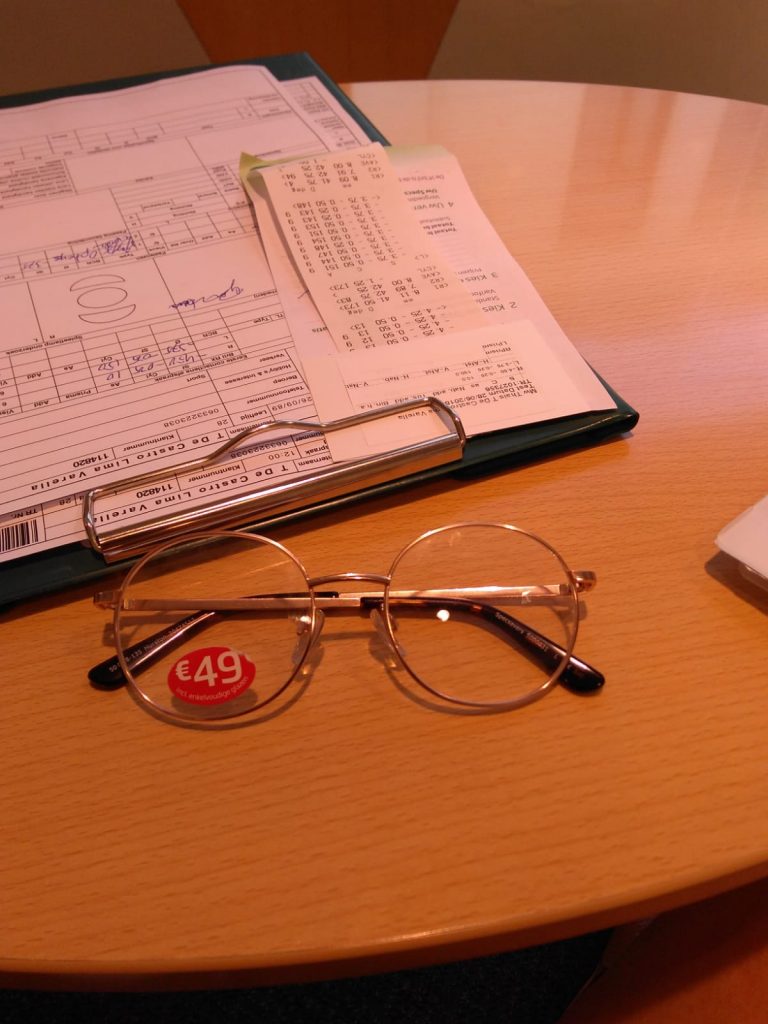 Note: it is not the 49 euros of the photo, it’s 200 euros because my lens is expensive.

The focus of our masters is to study circular urban metabolisms. And the way this topic is covered depends on which study track you choose. At MUE, we had contact with several circular projects happening in the Netherlands. They were mostly focused on closing the cycles of water, energy, and nutrients at various levels to avoid waste. In the class of Chemical and Biological Resource Quality in Circular Economies, for example, we visited greenhouses that are collecting rainwater for irrigation and nutrient recovery for natural fertilizers. 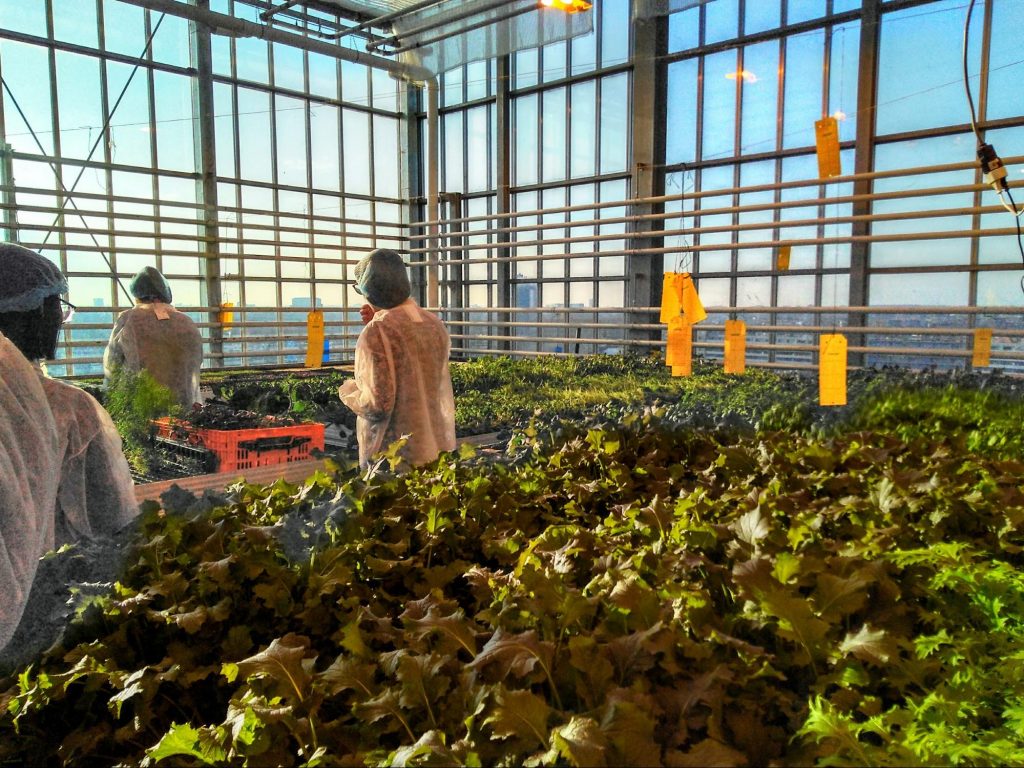 Photo: excursion to the UrbanFarmers, in Den Haag

However, there is still a long way to go. One thing that was very striking to me was to see people drinking the same water as they bath! In a circular economy, this is not an efficient system. Not all water needs to be cleaned to the point of drinking water. It is extremely expensive. Today planners are looking for ways to reduce waste with new infrastructures and technologies according to the 4 R’s: reduction, reuse, recycling, and recovery.

The Netherlands is moving towards decentralizing its systems to close its cycles. This is a source of inspiration for other countries with less urban infrastructure, such as basic sanitation. It is not necessary to arrive at the same point to later discover that this was not the ideal.

One way that is more secure and efficient to make this transition is with the formation of Living Labs. It is a cooperation between government, research institutions, companies, and users. In the book Urban Living Labs, written by AMS, they cite several examples of how urban circular projects are being done that way. 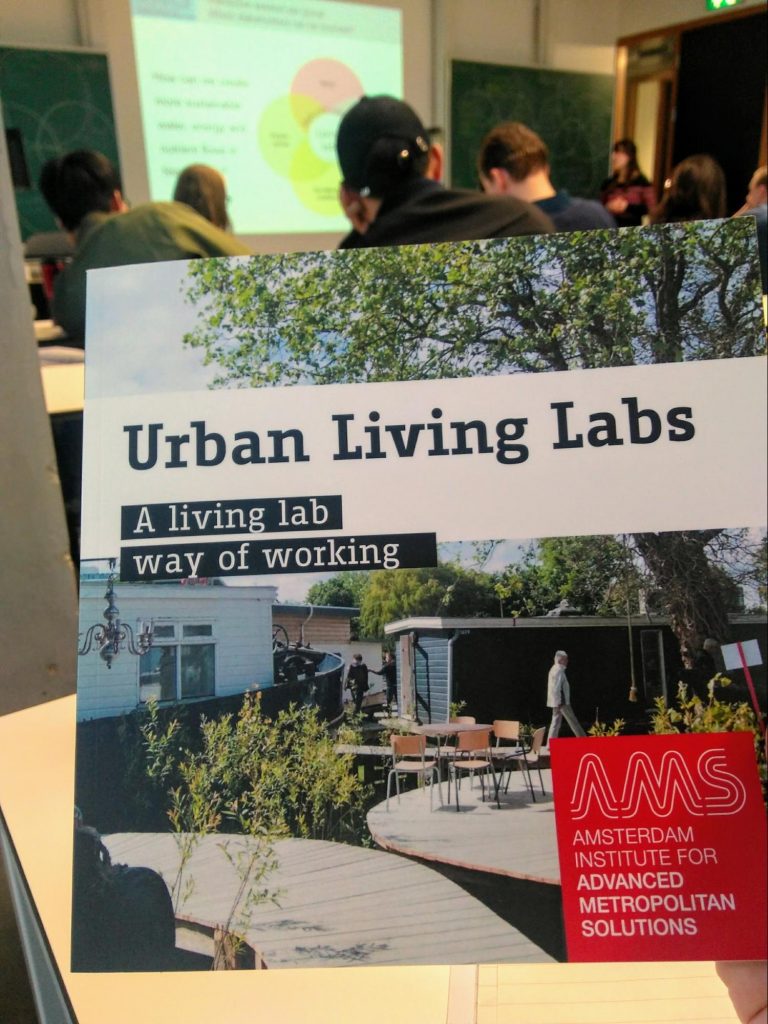 Photo: presentation of the book in the class of Planning and Design of Urban Space

You can also see an example of circularity in my post about how the city hall of Wageningen is investing in the circular economy.