My name is Niranjana. When I first moved to Wageningen my introduction went a little differently.

I would always say – “hey, I’m Niranjana but you can call me Ninja”.

Slowly this turned to me just introducing myself as Ninja. It was a great icebreaker. Usually, a jab would be made about ninjas and how cool they are, and the occasional ‘show us your ninja moves” was asked. Read my story and watch the video about studying at WUR.

I am currently completing my second year in my Environmental Science bachelor’s degree. Having lived in the Netherlands for two years I can reflect now that Niranjana and Ninja are the same girl with one dream and two very different lives.

Niranjana is a young, ambitious girl from a big town in Southern India. My persona then was that of an eager student determined to make something of herself. 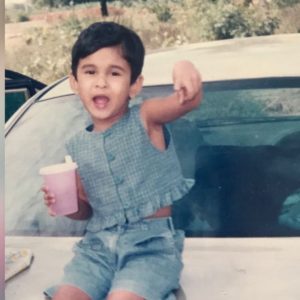 What I had on my mind

My dream was to go to a top university (aka Harvard or Yale) to study the environment and save the world. I did the whole routine, got a college counselor at the age of 15, and started working on my US college applications. I only wanted to study in the United States.

A south Indian childhood was littered with the American college dream. Not the sorority and chugging beer and drunken tattoos part but the start your own company, take cool classes, and dress-better part.

Just after I finished high school I was faced with a difficult decision, though I had not been accepted into my dream American school I had been accepted to a very good university to study the environment. However, it was going to be extremely expensive.

My decisions brought me to…

I made a split-second decision to change a childhood dream and decided to take a gap year.

I was encouraged to look into studying in Germany, a country known for its environmental policies but not so known for its free college tuition. In the year I decided to learn German and work at the Indo-German center for sustainability. There, I met a German woman who came to learn about my plan to study in Germany. She mentioned how difficult it was going to be as even Germans did not understand all the different German dialects. She suggested looking into Wageningen University. Six months later I landed at Schiphol Airport and moved to my new home. 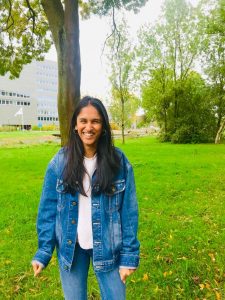 Wageningen has been in amazing experience so far.

When I first talked to my new classmates they were curious as to why I chose Wageningen.

In my Asian family, prestige is everything. One of the reasons my family was willing to send me to Wageningen rested in the fact that it was highly ranked for environmental studies. However, it was so interesting to see that it did not matter to most of the Dutch students studying here.

It’s fascinating how the University system works and how people follow different tracks from high school.

I’ll stop here for now, and I look forward to sharing more of my experiences with you.

It’s nice to meet you, I’m Ninja and I have ironically found my childhood American dream in a small Dutch town where I get my tattoos sober, abstain from sororities and sip my beer.