Misconceptions about living in the Netherlands

If you have never visited the Netherlands, you probably have a certain image of this country. You may have checked photos of Amsterdam and heard that Dutchies are giants who bike everywhere in their wooden clogs and live in a windmill in the middle of a tulip field. For this blog, I will try to correct the most famous misconceptions about the Netherlands.

Sorry to disappoint if you are a fan of Amsterdam, but the capital doesn’t reflect the whole country, just like everywhere. It’s true, Amsterdam is a dynamic, diverse and unique city that you must visit. However, I still strongly encourage you to travel to other cities like Utrecht, Rotterdam, the Hague and to also enjoy the green areas of the Netherlands.

2. Biking is the only transportation Dutch people use

Biking is the most used transport within the cities but not in between them or in between regions. In the Netherlands, public transport is considered very good, from busses to trains to trams to metros. However, biking remains more eco-friendly, healthier and cheaper and it’s up to you whether you want to use public transport or the bike. 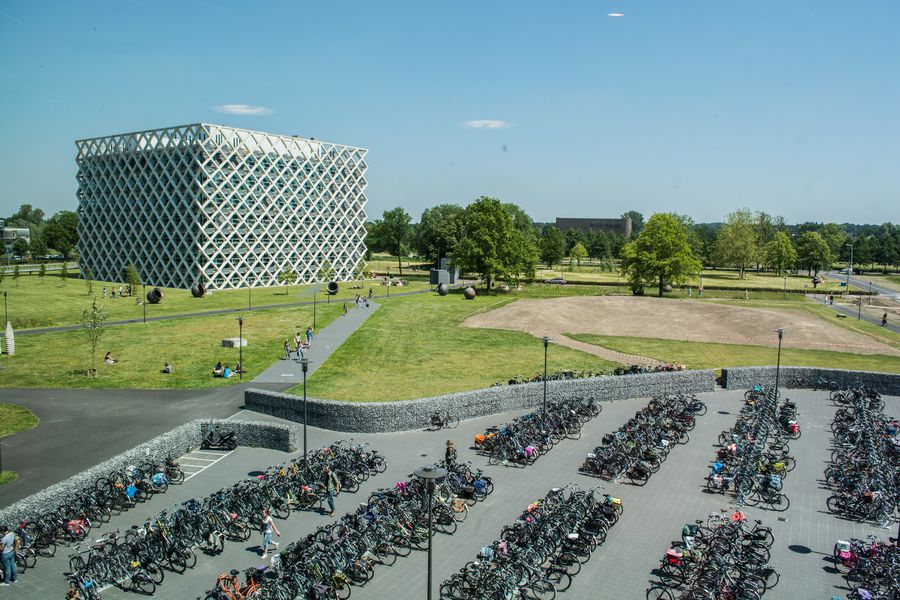 3. English is the first language in the Netherlands

A lot of people think that English is the main language in the Netherlands, but in reality, it’s Dutch. English is the second language, and Dutch people are fluent in it to the point that outsiders think it’s their language.

4. Everyone smokes weed in the Netherlands

With weed being decriminalized in the Netherlands, people tend to think that this means that everyone is smoking everywhere. This isn’t the reality, cannabis consumption in the Netherlands is even lower than in the USA, and you will merely see people smoking in the streets. You cannot get it from everywhere and you can’t smoke anywhere either. And yes, all coffee shops in Amsterdam are full of tourists mainly.

5. There are tulip fields everywhere!

Although it’s true, the Netherlands is a large exporter of tulips, you shouldn’t assume that you will see a whole country covered with colourful fields. However, during the tulip season, you should visit the Keukenhof which is the biggest flower garden in the world.

6. Everyone is so tall with blue eyes and blond hair

I would say that after almost 2 years of living in the Netherlands, I only saw one person wearing those wooden shoes. You can see these clogs in souvenirs shops, but you will rarely see anyone wearing clogs on the streets. As for the windmills, you will see a few old ones when travelling in the Netherlands. The new modern wind turbines are mostly located in offshore wind parks and people don’t really live in them.

importance of homework in high school