On our way for the second time

After staying in Melbourne for a couple of days and Kaiyo-maru being resupplied, we are on our way back to the Southern Ocean for the second half of the expedition. Although Melbourne was a welcome break, most people seem eager to continue the survey. How far south were are able to get is dependent on the extend of the sea ice. Although the sea ice extended more north that expected during the first half, it seems to have retreated with time and in the more eastern part of the survey area. 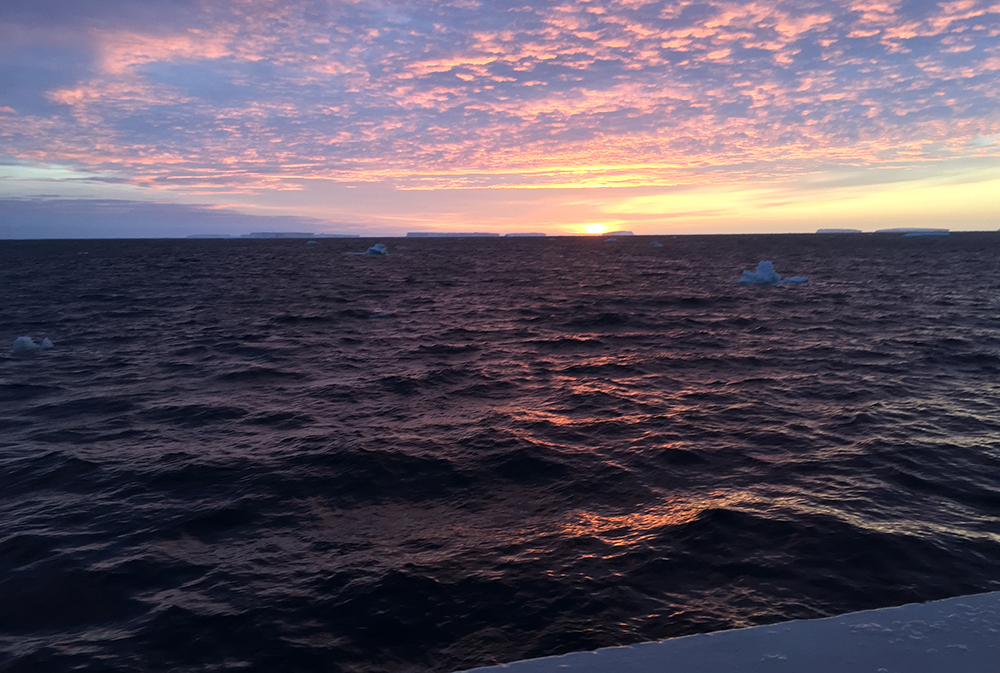 Ice bergs on the horizon. We are back (© Fokje Schaafsma/FAJ) 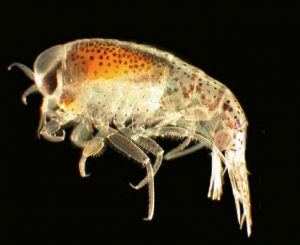 As soon as we start fishing we notice acontrast in the catches. The catches in both the SUIT (Surface and Under Ice Trawl) and RMT (Rectangular Midwater Trawl) are clearly different from the first half of the expedition. Although the RMT catches show a variety of animals, the surface waters are clearly dominated by a single species: the amphipod Themisto gaudichaudi. This amphipod has been found to occur in great numbers during previous studies, and can, therefore, be an important prey species for fish, flying birds and penguins. That is why I think it is very interesting to learn more about this species, even though it is not the main target of this expedition.

The Antarctic krill, however, did not disappear. Big and small swarms of krill can often be seen on the echosounder. Knowing that there is krill in an area does not always require an echosounder. On a sunny day humpback whales, which are almost certainly feeding on large numbers of krill, surround the ship. Many people head to the bridge or the bow of the ship to get a good view of the animals. The sunshine makes it a very impressive sight. As always, the weather can also disturb our plans. For a couple of days, no work can be done because of the wind. Strong winds do not only result in high waves, but also make it dangerous to lower and retrieve heavy gear from the ship. 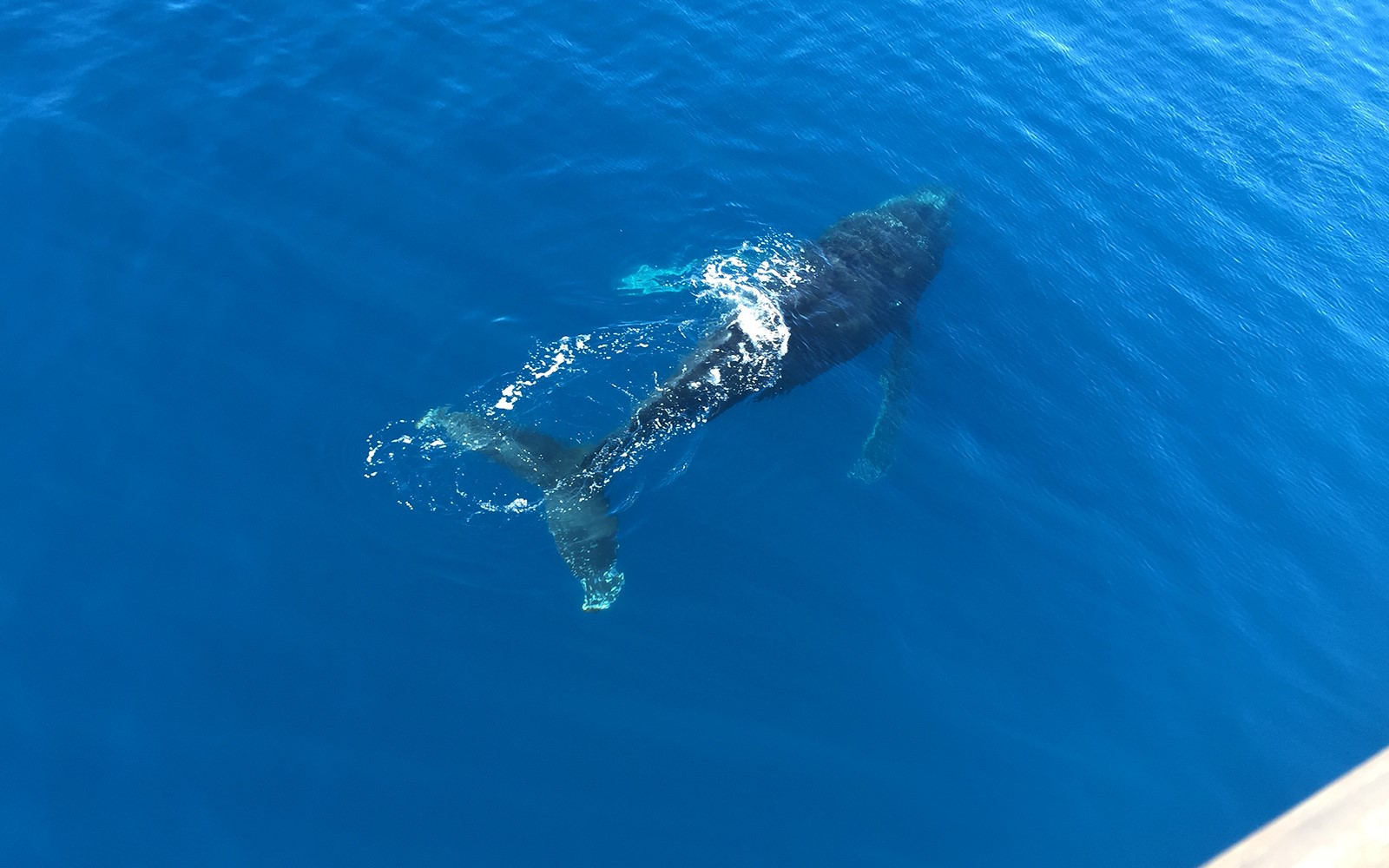 Humpbacks can be seen close to the ship (© Fokje Schaafsma/FAJ)

Glaciers on the Antarctic continent are a source of fresh water in the Southern Ocean. Because fresh water has different properties than salt water, for example no salt and different temperatures, it also has a different density. A difference in density between water masses is one of the factors that cause ocean currents. The oceanographers on board are taking a series of sea water samples in the vicinity of two glaciers (the Merz and Totten glaciers). They want to study the effect of glacier water on ocean currents and water layering. Additionally they want to compare their findings with those of previous studies. This is also interesting for biologists. Some marine animals have a preference for sea water with certain properties and currents can spread the animals to certain area. This influences the local presence and/or absence of animals in the ocean waters. 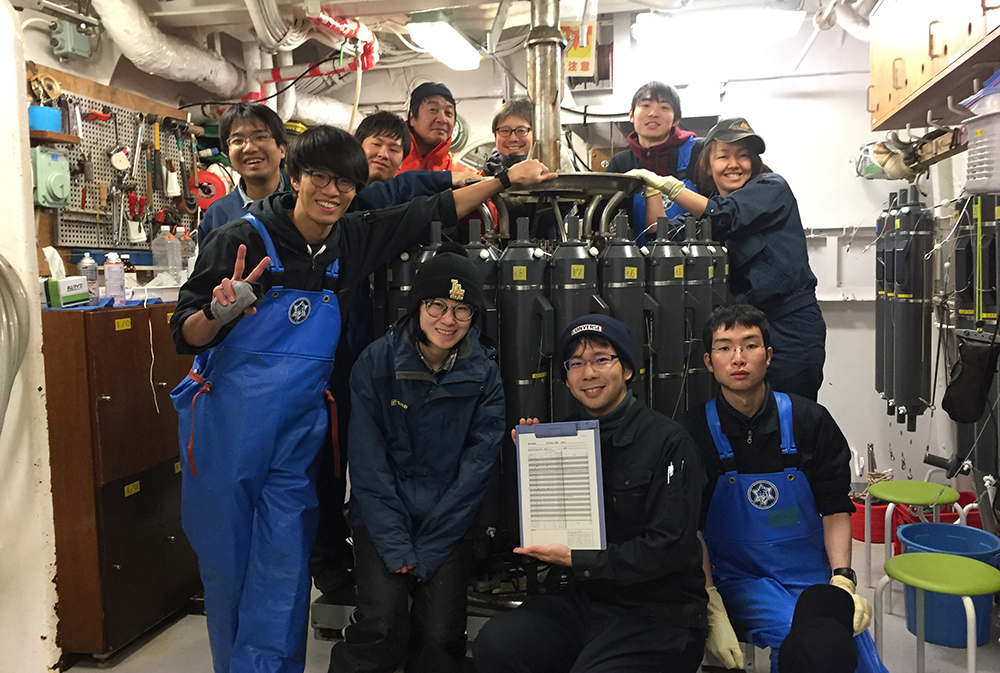 The end of the expedition

After all the work is finished, it is time to head back. All used equipment has to be packed and things have to be cleaned. We also get a tour through the engine room, which is a lot of fun and interesting to see. Although many researchers will head home by airplane from Sydney, some researchers and the crew will sail Kaiyo-maru back to Tokyo, which will take approximately two weeks. It is difficult to say goodbye to people after three months. Thanks to the crew, researchers and technicians on board of Kaiyo-maru, I will go home with many samples and a lot of great memories. 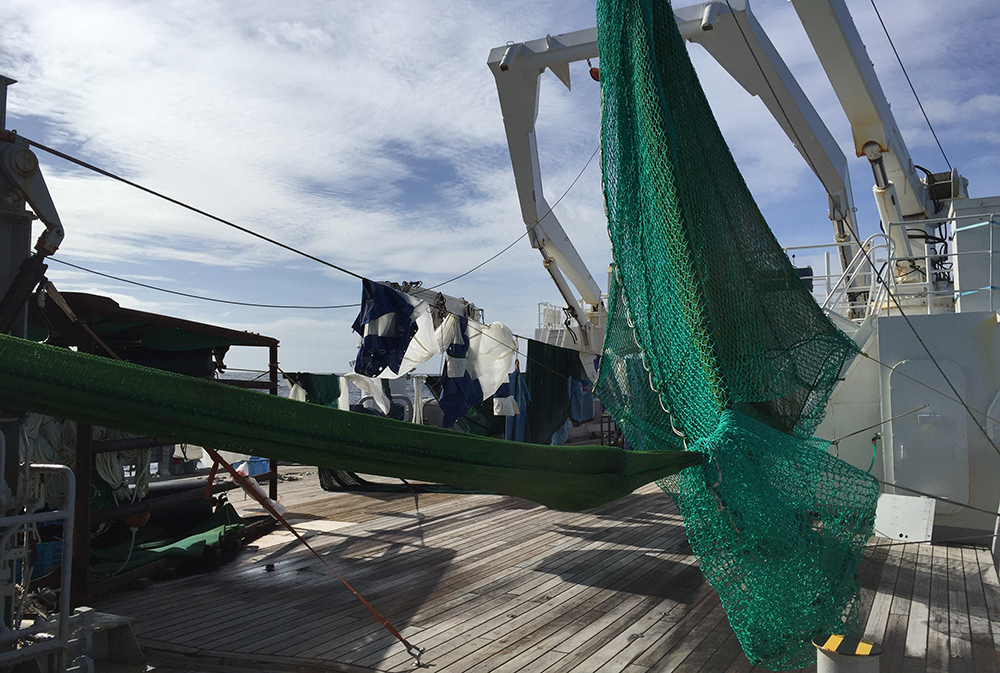 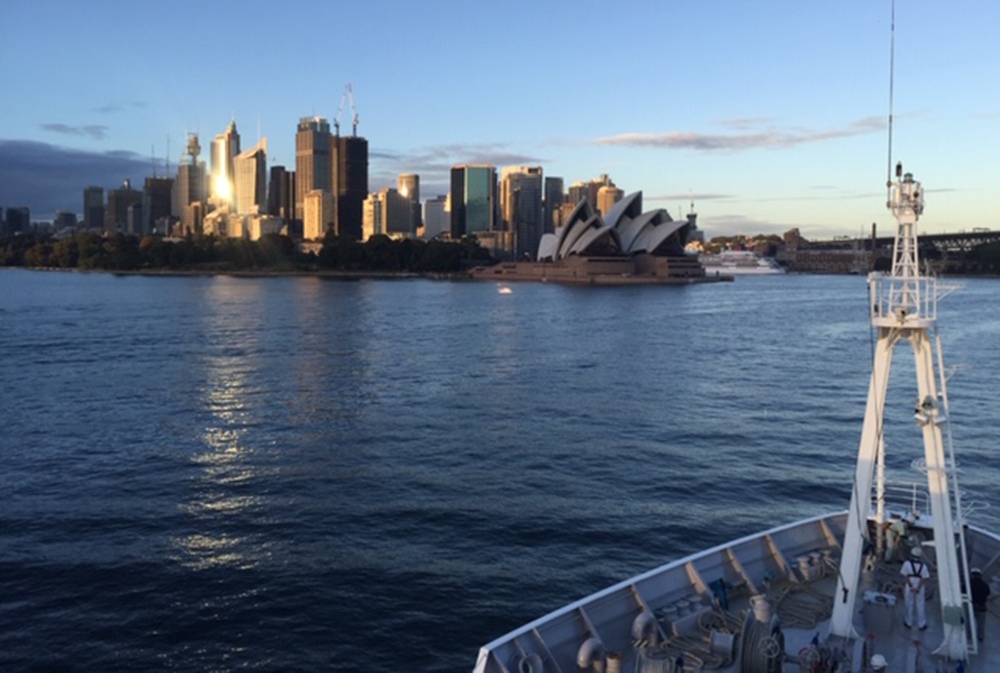