Handling ‘morriña’; from Spain to Wageningen.

Many questions arise when you are considering moving to study in Wageningen. In this blog entry, I tell some of my experiences in the Netherlands. Some anecdotes are so general that all Southern European students will feel identified, while others are so specific that only Galicians will get it. In any case have fun reading them, no matter where you come from.

The mountainous Galician landscape is way too different than the flat Dutch fields.

I am from a Galician village called Trez, which is located in the mountains, and where only 20 people live.  As you can imagine, such a remote place has noticeable differences with Wageningen. The first thing you notice is the flatness of the Netherlands, where you can see the horizon without any mountain blocking it. Coming from a mountainous Galician village seeing a flat horizon surprised me. It reminds me to the horizon of the ocean; you will enjoy awesome sunsets in Wageningen. When you travel in the second floor of the train, you can see the canals that irrigate those large green fields with calm cows grazing them. The north of Spain is as green as the Netherlands, but the landscape is different. If you come from the South of Spain, you will be moving to a country with a completely different landscape that you will love.

Coming from a mountainous Galician village seeing a flat horizon surprised me.

It is difficult to generalize about Spain as there are many different cultures, languages, landscapes, climates, etc. so keep in mind that a Galician is writing this blog entry. When talking about my rain experiences, a person from Porto (Portugal) might agree with me about going outside no matter the weather, while somebody from Murcia would think we are crazy. 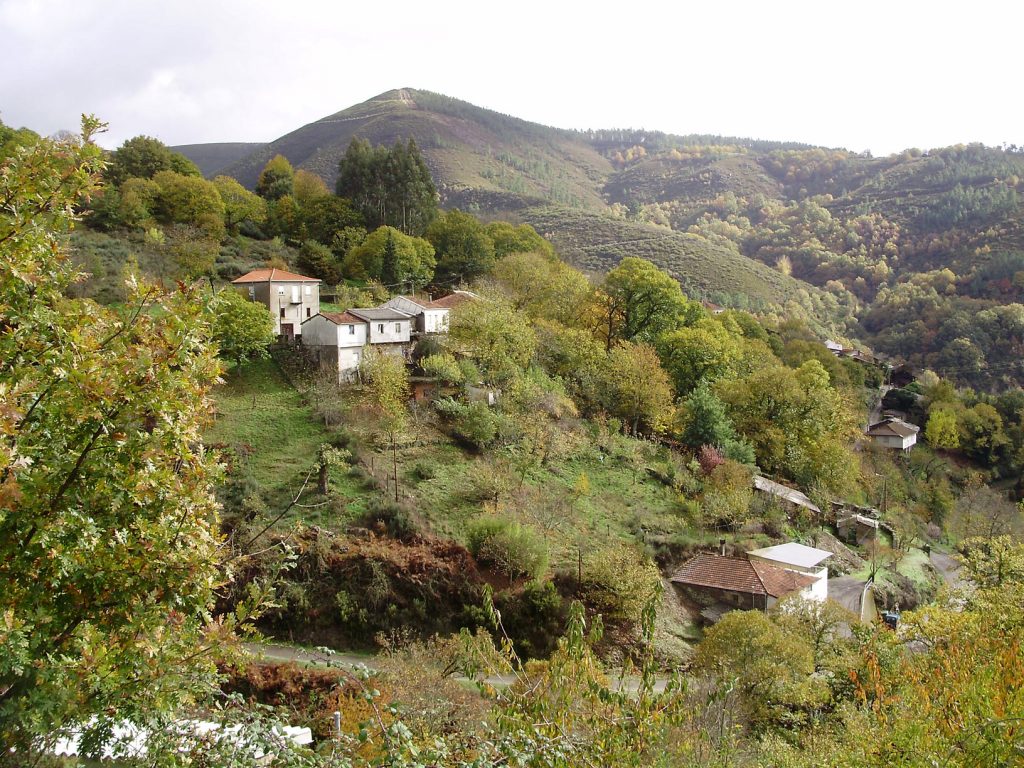 Trez, the mountainous village where I was born and raised. ​Click here to see where is located.

The Netherlands is a green country in the literal and metaphoric way as they are quite sustainable. The public transport is widely used to move throughout the country, and within cities, everybody uses a bike as a way of transport. I love the biking culture in the Netherlands, the cities are adapted to bike everywhere, and there is respect for the cyclist and its safety that I have not experienced in other countries.

I love the biking culture in the Netherlands.

Get the most out of the good Dutch public transport and make some time to visit other Dutch cities. The Netherlands is small and as Wageningen is located in such a central position that almost all Dutch cities are “neighboring” Wageningen. You can arrange some trips with your friends to visit other cities to do some sightseeing, shopping, or just for fun.

The Netherlands has impressive modern constructions.

You will find out that the Dutch architecture is way different from the Spanish one. There are city tours in Amsterdam that will guide you through the Dutch history while discovering its architecture. Besides historical architectural buildings, the Netherlands has impressive modern constructions, and some private houses have such design that could host a modern art museum. Wageningen University buildings are not an exception. The architecture and planning of the campus are breathtaking. You will feel like you are studying in a futuristic campus, especially when you see the self-driving bus through the campus, or when you find out about the sustainability of the Orion building. 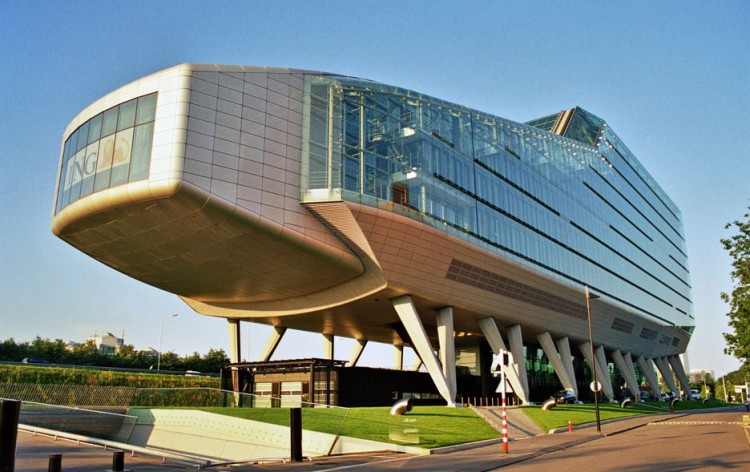 The postmodern design of the ING house, by the architects Meyer and Van Schooten. Click here to see where it is and arrange a trip.

dads homework helper
The Markthal in Rotterdam, the interior of the building has an impresive artwork that worth visting. Interested? Click to find out where to go to see it in real life.

If you think that it rains a lot in Galicia, come to the Netherlands.

One topic that frequently comes into conversations when talking about the Netherlands is the weather. Galicia is sunnier than the Netherlands, even though we are famous in the rest of Spain for having too much rain. People from Spanish regions with sunnier and drier weather than Galicia, such as Andalucía, might have more troubles adapting to the Dutch rainy weather.

Cycle in the rain while wearing your best smile.

In Wageningen you will have to deal with rain quite frequently, but please don’t let the rain ruin your day or view of the Netherlands. I would recommend you to download a good weather app to know when it rains so that you can avoid it. In the worst case scenario, when you can’t find a dry moment, be brave, get your bike and cycle in the rain while wearing your best smile. There is a Dutch saying for these situations claiming that “we are not made of sugar”, keep it in mind when dealing with these situations.

In Wageningen, you will be able to try Dutch food and traditional dishes from many different countries.

Dutch delicatessen includes “stamppot”, smashed potatoes with meat and vegetables; and “haring”, raw fish that you eat with onion. Dutch cheese is another must try when you are in the Netherlands, you can find a huge variety at the market in the Markt Square on Wednesdays and Saturdays, but you can also visit Gouda to see where the famous Dutch cheese comes from.

https://weblog.wur.eu/how-to-write-a-thesis-statement-for-a-rhetorical-analysis-essay/
Stamppot, a typical dish of the Dutch cuisine. It is easy to prepare; but if you don’t dare to cook it, organise a dinner with Dutch friends.

essay writing for a radiology program
Dutch cheese is famous in the world. If you like cheese, you will do great in the Netherlands.

There are plenty of international shops in Wageningen, with a wide variety of traditional products from the most remote regions. You will be able to cook dishes from your country without many problems finding the ingredients. The first thing a friend from Andalucia asked before coming to Wageningen was if she could buy olive oil here. Of course there is olive oil in Wageningen, and other products that people from Spain would miss, such as Cola Cao or “Jamón”. I can cook various Galician dishes with olive oil and smoked paprika, and I found both here.

Of course there is olive oil in Wageningen

In the rare case when you cannot find them here, you can always ask your family to ship you a package full of food so you can better overcome the “morriña”-Galician for homesickness-. My mom sends me “chourizos” that she makes in our village from the pigs we raise. It is difficult to find something similar to that delicatessen, so keep in mind that shipping food is always an option. 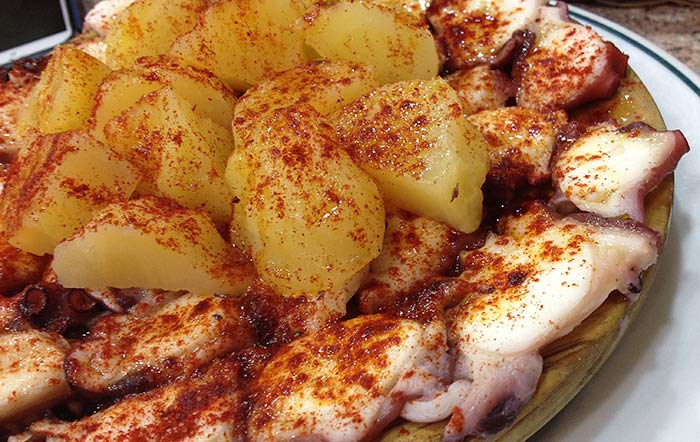 Octopus cooked in the Galician way. This is a great recipe that I can cook in Wageningen as I have found all the ingredients here.

My Wageningen favorite places, the windmill and the arboretum.

The windmills are the first thing that comes to my mind when thinking about the Netherlands. Dutch windmills are quite different in appearance than those of Castilla-La Mancha. You can find this typical structure of the Dutch culture in practically any city or town. In Wageningen, the windmill is still functioning, being used to grind grains to make flour. You can also buy products inside the windmill itself if you feel like purchasing flour made in the traditional Dutch way. Another place that you can visit in Wageningen is the Arboretum. The Arboretum is a beautiful botanic garden -free of charge- located on the Wageningen hill. There you will have awesome views of the river while being surrounded by plants from all over the world. I assume here that you must like nature and plants if you are thinking about Wageningen, the city of life sciences. 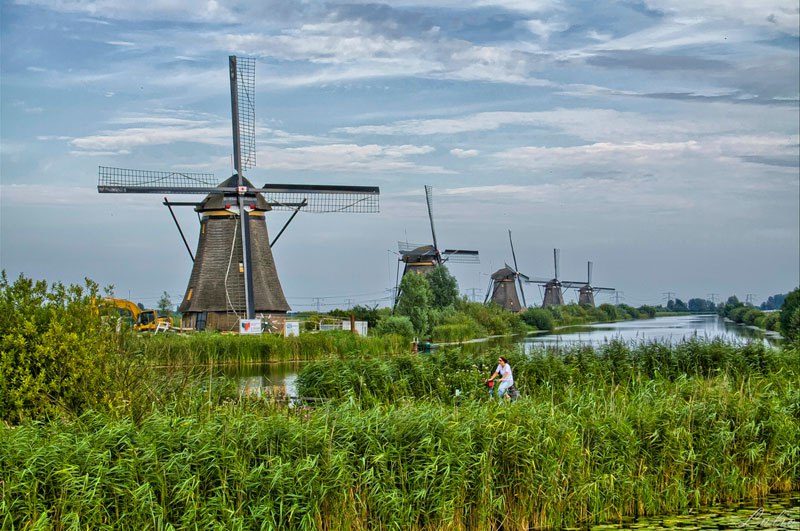 The Kinderdijk is a UNESCO World Heritage Site. If you want to see where these Dutch windmills are located, click here.

Studying and partying in Wageningen.

Lastly, there go some differences between the Dutch (Wageningen) and the Spanish student life regarding studies and parties. Deciding for an MSc in Wageningen means a strong focus on problem-solving, soft skills, group work, consultancy, etc. It might be that in Wageningen you will not learn as much “theory” as in Spain, but you will learn how to apply what you know to solve problems.

I missed the focus on soft skills and consultancy in my Spanish education; you will have those in Wageningen at the cost of pure theoretical knowledge. Student life is not all about studying; it is also about having fun and going to parties. Partying in Wageningen is mostly about house parties organized by students themselves. The house parties are -most of the time- open to everybody and the hosts make some cash by selling beers. These parties often have a theme, so one weekend you might have an “animal party” while the next one you will be “spaced out” in an alien party.

Partying in Wageningen is mostly about house parties organized by students themselves.

The best place to celebrate the Liberation Day is Wageningen. There are parades, music, and activitites everywhere.

Those are just some of my experiences living in Wageningen. I always recommend my Spanish friends to do their MSc abroad to develop as a person and enrich their lives. If they have a life sciences background, I definitely recommend them Wageningen. Now it is your time to speak up and let us know about your experiences in Wageningen. What do you miss from Spain that you cannot find here? What shocked you the most from the Netherlands? Comment below and share it with us. 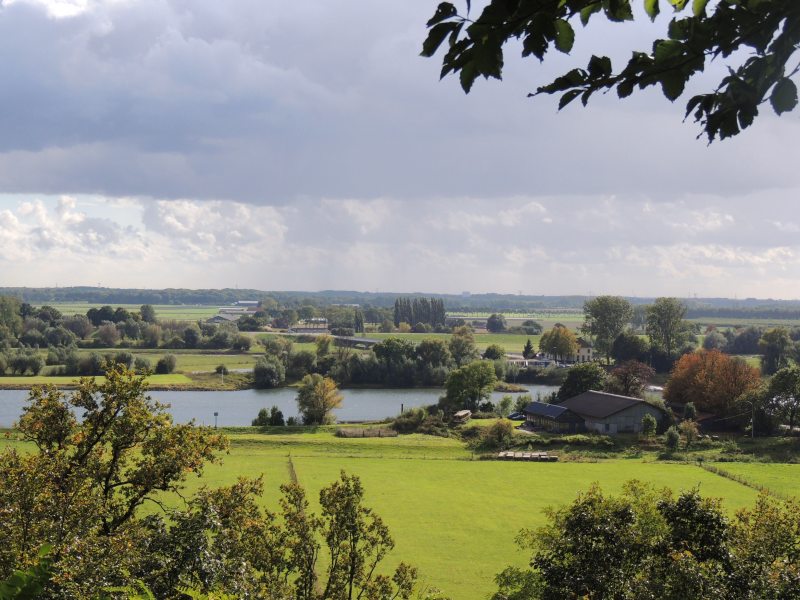 The Arboretum is the perfect place for everything; including picnics, romantic dates, or jogging. Click here to see where is located.

Watch Nany’s vlog below to find how to deal with homesickness.