Wageningen through Polaroids: an Italian guy and his adventure

1 year and a half ago, around the 20th of January, I was about start packing all my stuff. Where could this 23-years old male specimen from Bologna go? Well, I was about to move to Wageningen to start my MSc in Biotechnology.

I came here by car to bring more stuff with me. Now my room is overwhelmed with stuff and, in a few days, I will need to bring everything back, in addition to all the other things and memories that piled up during my stay. Oh jeez.

One of the things that I have packed when moving was my trustworthy Fuji Instax Mini. The device that I used to document my adventure here in Wageningen. Well yes, in the meantime I’ve added some vintage Polaroid Cameras… But let’s start! 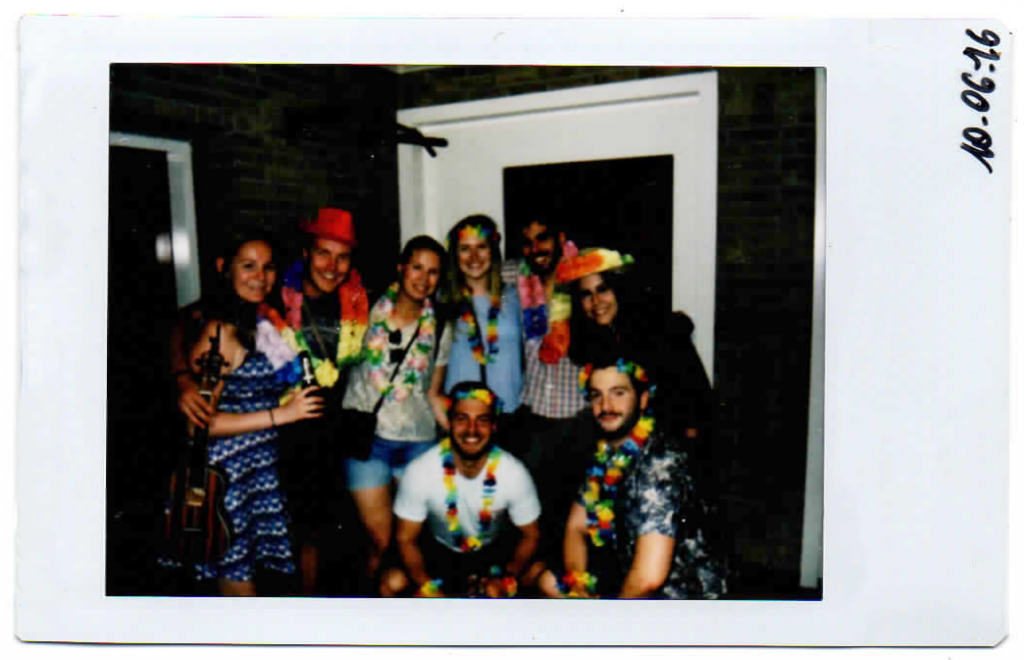 After some days in Wageningen, I met my buddy group at the Winter AID. We instantly connected and we had a lot of fun together. We were a lot of different nationalities, meeting every day, having lunch and partying together. We also had some trips together (how can I forget the one to Budapest).

A party was exactly where this photo was taken. A bit more about the context. At the time, I was living in a student house called Beringhem. A place where I met a lot of my friends and where I had a lot of fun. Together with them, we also organized a lot of parties, like the Hawaiian party in this picture! It was really crazy: the building was full of people, mostly dressed, or not dressed, according to the theme.

My buddy group was there as well and the night was incredible. This was one of those memories from Wageningen that will never fade. 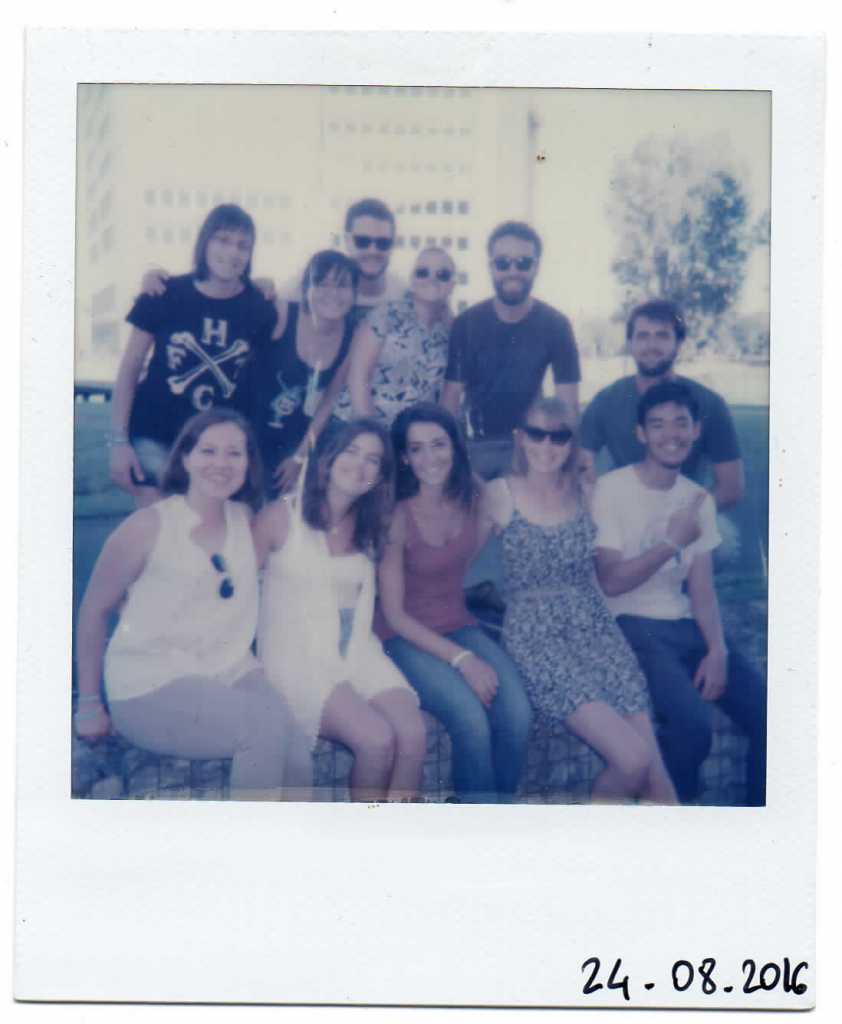 Since I started with the Winter AID and I’ve heard a whole lot of stories about the amazing Summer AID, I began to think about participating in it. My original buddy group was almost completely gone, with only 5 people left, and my plans for the summer were already completed. So… CREW? Nah, I was not ready for that. Mentor? Oh yes.

So, I went through the whole thing. Trainings, presentations and preparations for the newcomers, for my future “kids”. And I ended up joining this crazy, incredible and huge event that is the Summer AID, together with my new buddy group.

This photo was taken at the closing festival, apotheosis of this week that comprised the best parties you can see in Wageningen throughout the whole year. That festival and related party was probably the best of the whole AID and it cemented a group that continued to hang out for the following months as well. 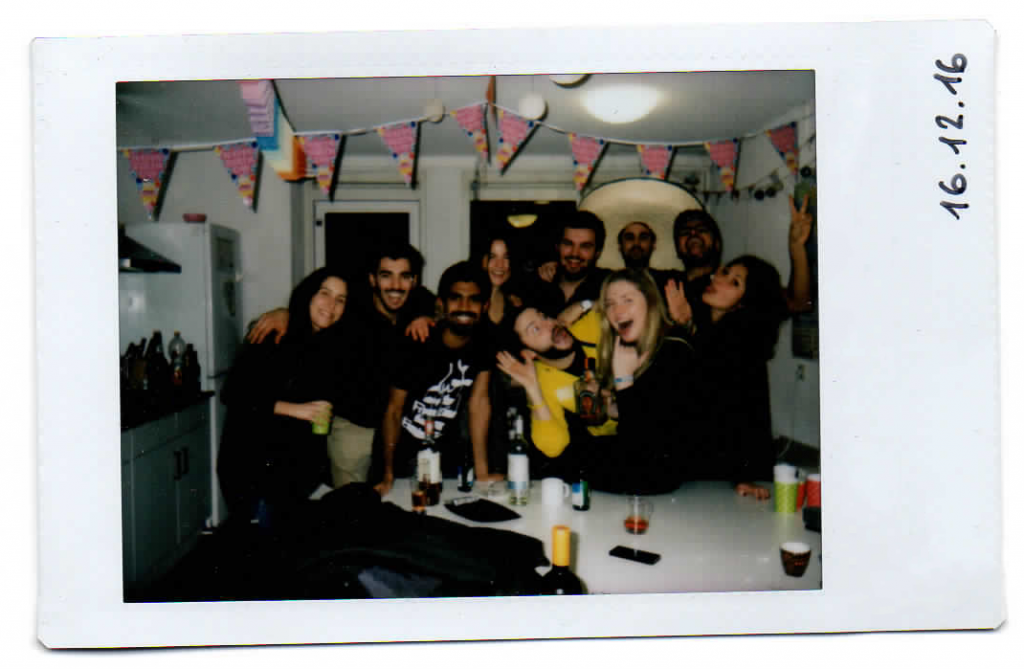 If you hear somebody complaining about how boring is Wageningen, turn around and walk away. It all comes down to the people you meet here. I would never say such a thing, thanks to the wonderful people that accompanied my Dutch journey. As you might have understood, the people from my original buddy group and other people that had joined that group had a special part in this.

Still not convinced? A hint would be to compensate the lack of parties during some parts of the year with your own. You can see it here in the shot. Dinners followed by some in-house parties are great and a lot fun. In fact, most of the time, I was gathering with my buddies to have dinner together, then play some games, properly converted to include alcohol consumption. When we were ready, straight to the parties. At that point, who cares if the International Club is not the best disco in the world… 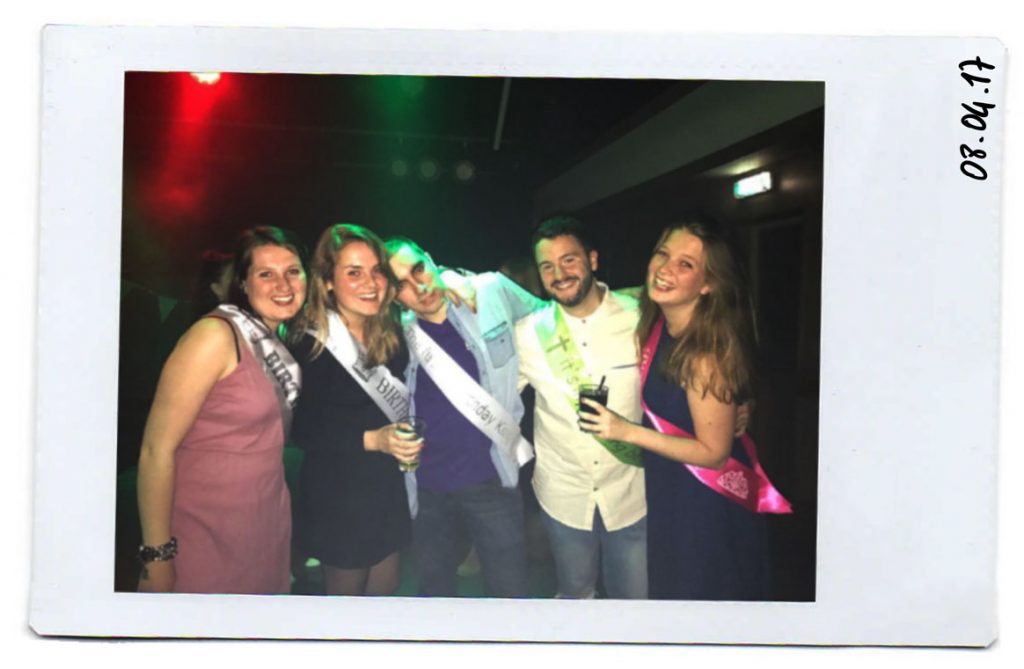 Right after the Summer AID, I’ve decided to join IxESN Wageningen to help organize activities as an Activity Committee member. I’ve chosen to do this because IxESN, together with ISOW, are a great resource for international students and I wanted to add my contribution. During the course of the year, I’ve helped both the Activity Committee and IxESN with parties, excursion and other activities. In those occasions, I’ve met a lot of wonderful people and I’m grateful for that.

Fast forward to one of the best parties we organized. Our birthday party. Or at least mine, plus 3 girls from the Board and another guy from the Committees. Perfect occasion to combine all our friends together, to reserve the dance floor at LUCA and to get everybody dancing!

According to some homemade statistics, the most favorite activity to do in Wageningen when the sun comes out is to barbecue. Vegetarians, Vegans, Breatharians, Omnivores. All the students are grilling something almost every day of the week. Best way to meet some friends and/or meet new ones from spring onwards.

As a qualified meat-eater, of course I could not avoid that. Actually, with my friends from the OG buddy group, we bought a BBQ so small and portable that we could virtually grill everywhere. The Rijn, Torckpark, that small and peaceful piece of grass on the canal at the end of Herenstraat are just some examples. Seriously, you can also have a BBQ on campus! Just ask at the reception!

Now that the adventure has ended (for now), I will have all these polaroids, and the memories behind them, with me. I will never forget this year and half, nor I will forget the people I’ve meet.

YES, this quantifies the fun I had here!