Super-Bugs, Are we training a bacterial army?

It’s a war for survival. A few years ago I was diagnosed with pneumonia, a well-known infectious disease. We might all know, pneumonia is an infection commonly caused by Streptococcus pneumoniae [1]. By now, we might all expect this infection to be easily overcome. However, this is not generally the case. Microbial resistances are exponentially rising year after year [2]. This leads to one of the greatest healthcare challenges today, the rise of infections caused by antibiotic-resistant bacteria (superbugs). 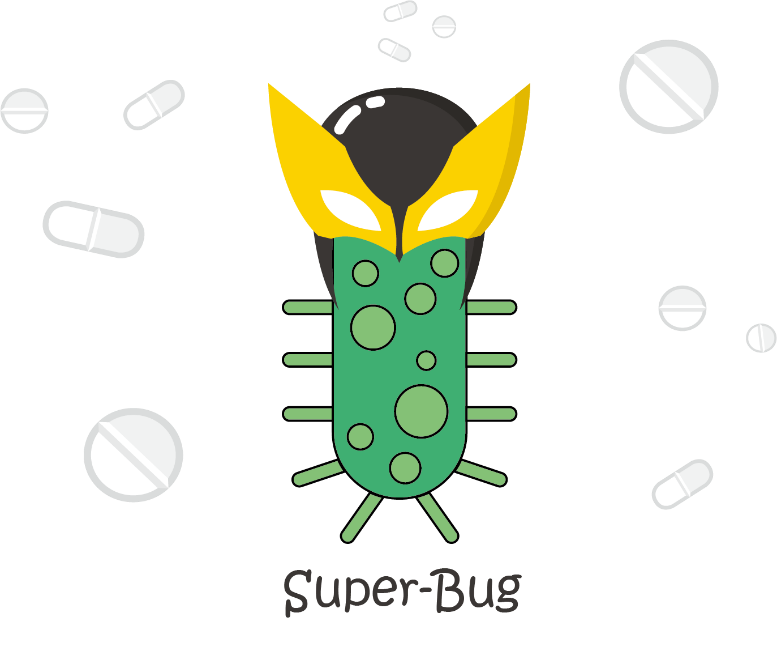 Bacteria are not only tiny creatures, they are harsh competitors which have learnt to fight against us. How have those mind-less organisms learnt to challenge us? Genetic changes in bacterial genomes have result in the creation of antibiotic resistances. These changes enable bacteria to resist antibiotic effects and reduce drug effectiveness. As a result, bacteria survive and continue reproducing causing an even stronger infection which becomes harder to treat. Indeed, antibiotic resistances have been considered a virulence factor [2]. But this is just the beginning, bacterial conjugation (bacterial equivalent of sexual reproduction) allows to transfer resistance genes to other bacteria. The result of this transmission is the creation of an entire bacterial army able to survive our engineered antibiotics.

Bacteria are not only tiny creatures, they are harsh competitors which have learnt to fight against us.

Should I mind about Super-Bugs?

Antibiotic resistances are one of the world’s worst public health problems. Superbugs can cause diseases that were easily treatable with antibiotics a few years ago. However, nowadays, those treatable diseases have become dangerous infections, which affect both children and adults [3]. The infection does not affect a single individual, these bacteria can spread to your family members, university mates, lab members, and in a certain sense, your entire community. And why can’t we fight these bacteria anymore? Antibiotic-resistant bacteria have become more difficult to kill and the treatments required for that are more expensive to make [3]. Some people think a person becomes resistant to specific medicines, but that’s not true. Bacteria are the ones becoming resistant to antibiotics, not us.

We are equipping bacteria with the most suited bags filled with an armory of weapons, a wide variety of antibiotic resistances.

Figure 1. Graphic representation of a generation process of antibiotic-resistant bacteria.

Can we fight superbugs?

I have been living in Spain for my whole entire life and I am not able to count the number of times I have been prescribed with antibiotics when I did not need them. This is a fact that I have experience myself. Now I am aware I have been unconsciously contributing to the increase of bacterial resistances. Is it then better to avoid antibiotics as much as possible? One friend of mine who is also living in Wageningen went uncountable times to the doctor trying to let him know how bad she was feeling. She was sure something was going wrong with her. The doctor didn’t prescribe her antibiotics at any time and when she returned to Spain, she easily got her antibiotics for her infection and felt better soon.

Smart use of antibiotics is key to prevent the spread of antibiotic resistances and we should all be aware of this. 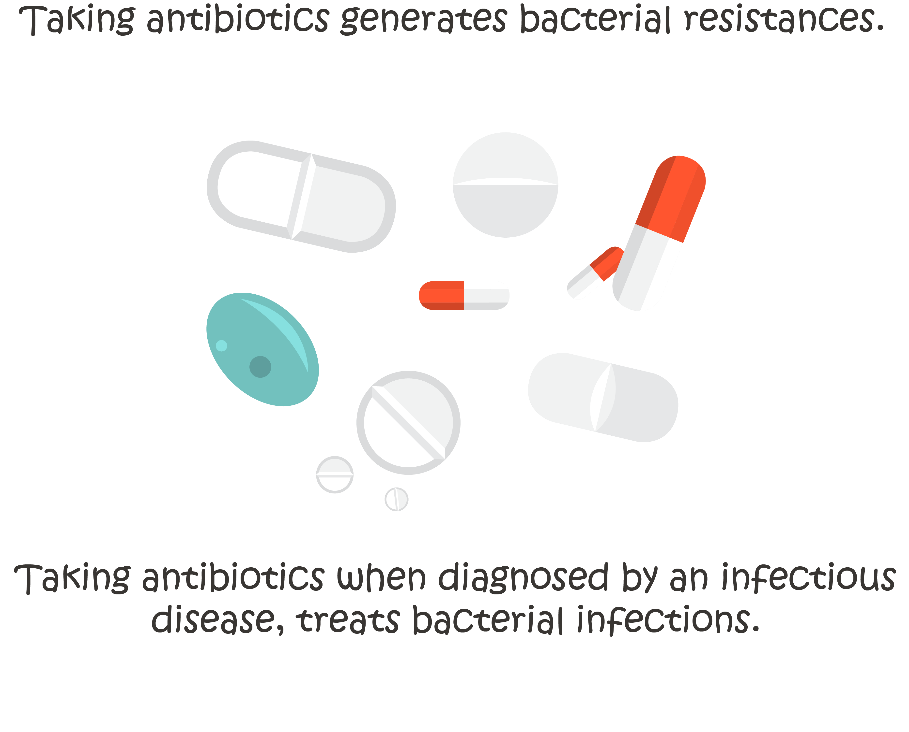 The problem here, is not whether we should be prescribed by antibiotics or not. The problem is how patients follow antibiotic prescriptions. If we followed what the doctor prescribes us, strictly following antibiotics doses, time of doses, amount and frequency of doses, we would prevent an increase in antibiotic resistances. Next time your doctor prescribes you with a certain antibiotic, follow the recommendations. Don’t diagnose yourself based on how you feel, even if you feel all right, there might be still some resistant bacteria which you will never see. But it also goes the other way around, don’t prescribe yourself with antibiotics, you don’t know which is the cause of your discomfort, you might just be training a bacterial army in your body.