One kind word can warm this winter month; Snow. Many people were stressing out as February was arriving to its end and no snow was placed on the grass yet. At its very very end, February gave us a little bit of snow on the 28th. We woke up with -5 degrees, all the lakes were frozen and we were lucky no snow was still on the road. 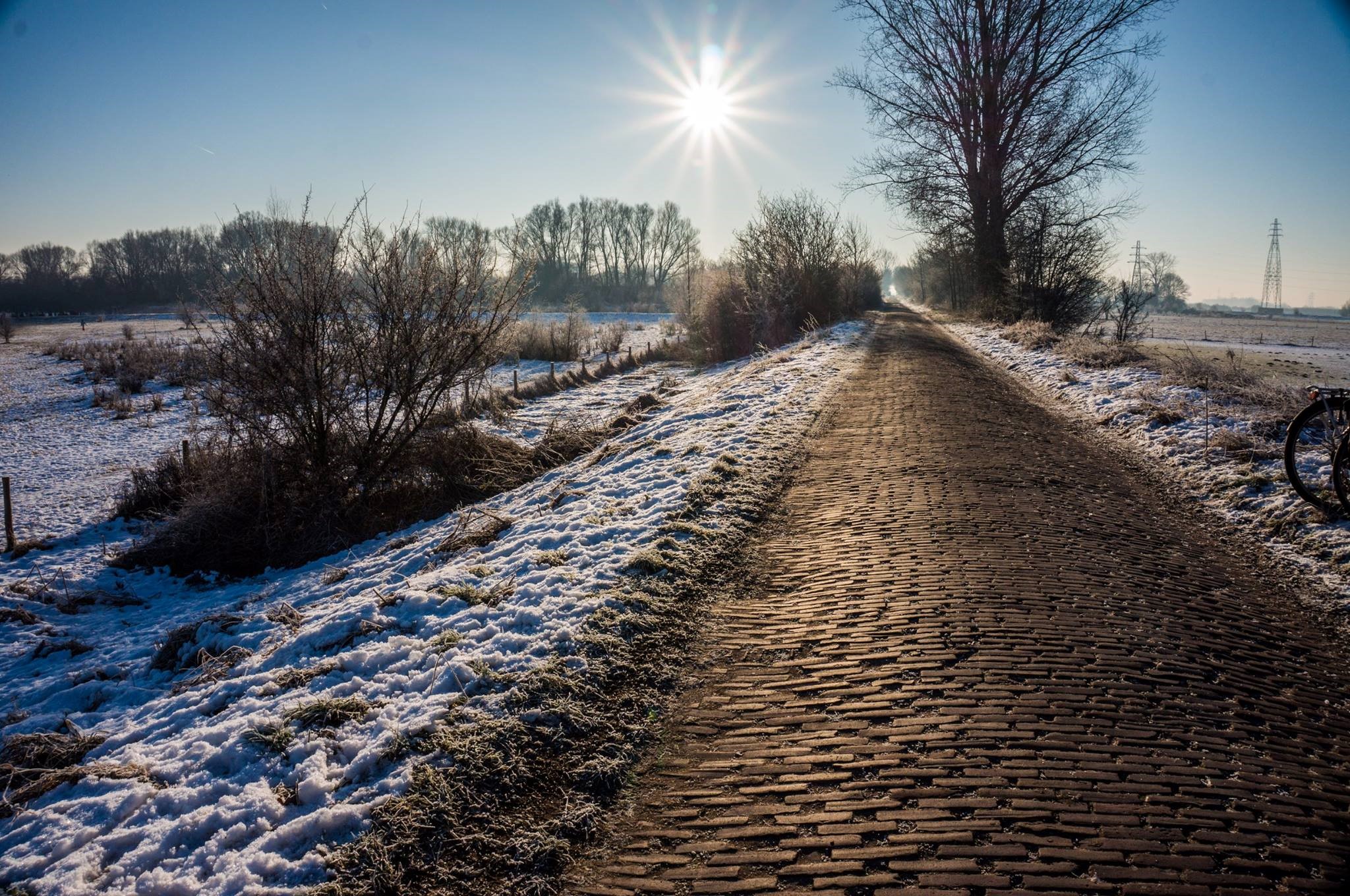 Snow are forms of ice crystals that have precipitated from the atmosphere and undergone different changes on the Earth’s surface (Larose, Dommergue, & Vogel). Snow  is frozen crystalline water formed under suitable conditions. These ice crystals are generated in the atmosphere. After that, they increase in size, precipitate and accumulate wherever they fall. Snowflakes are formed as a process of nucleation around particles placed in the atmosphere. This nucleation process is generated by supercooled water droplets that freeze in hexagonal-shaped crystals (Larose et al.).

Snowflakes can be classified based on their shape as those can range from stellar-shaped to dendritic or plate-like shapes (Larose et al.). Depending on the temperature and moisture conditions under which snowflakes are formed, those can have different crystal morphologies.

However, snowflakes tend to shape as simple hexagonal crystals.

The reason for that is that snowflakes achieve their best thermodynamic equilibrium shape when shaping as simple hexagonal crystals (Bonn & Shahidzadeh; Larose et al.). Nevertheless, the fact that we can observe different snowflake shapes means that the nucleation path and the ice growth is more important than the final thermodynamic equilibrium state (Bonn & Shahidzadeh). 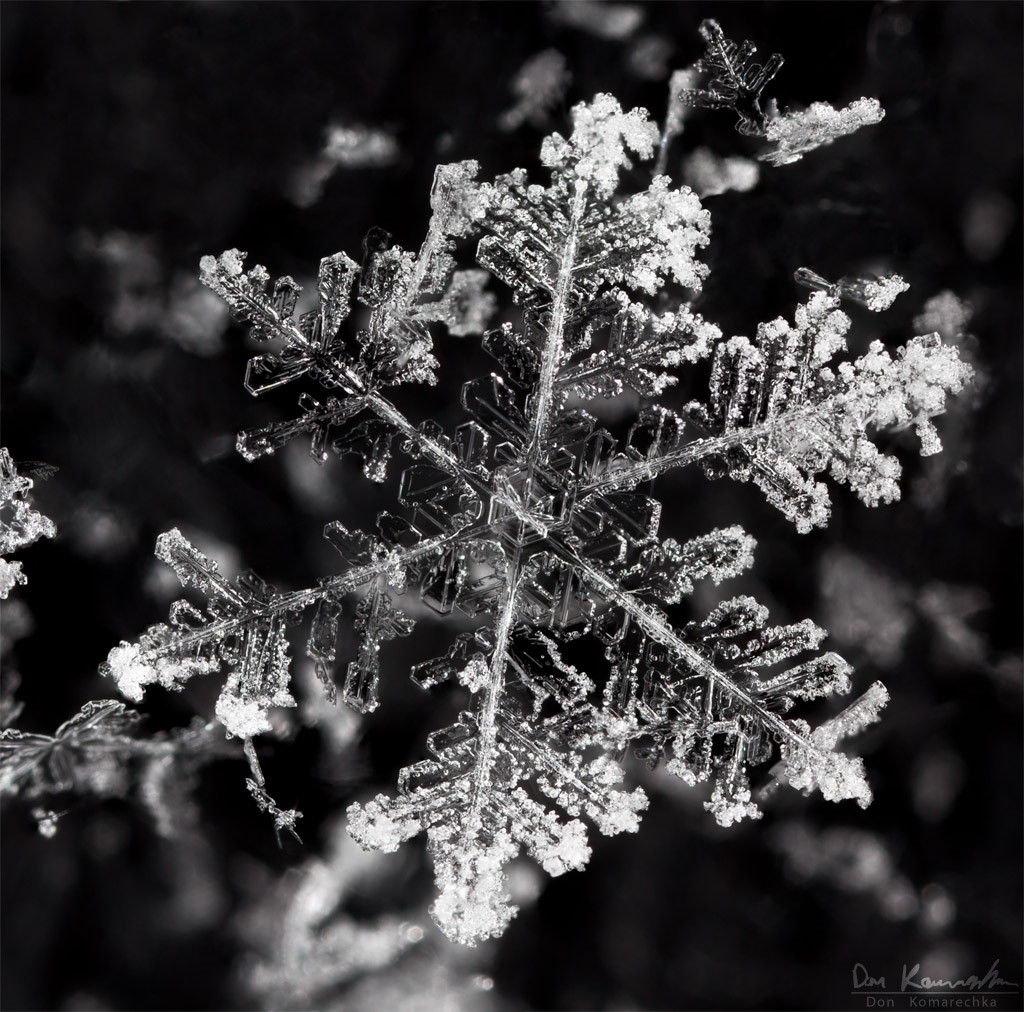 Why is it snowing?

Snow generates in clouds and snow crystals are created under a set of variables including temperature and moisture content. These crystals are generated by vapor deposition and need supercooled water and atmospheric temperatures below 0 °C to be formed (“The physics of snow crystals – IOPscience,” 2005).

Ice formation does not take place in an spontaneous way at temperatures above – 40 °C.

Homogenous nucleation temperature (Th) of water is near −40°C (Seki & Mazur). Therefore, ice nucleation mainly takes place under the presence of substrates which act as catalysts. These substrates can vary from combustion products from volcanoes, industrial plants, bacteria and forests to sea salt particles, sulfate or dust (J. W. Pomeroy). Biological particles like proteins play a key role in the initiation of ice formation (Christner, Morris, Foreman, Cai, & Sands). Once these ice crystals are deposited, snow forms are generated as a result of snow crystal binding (Larose et al.). Temperature gradients create vapor fluxes between the crystals leading to the sublimation of different parts of the crystals and condensation on other parts. Both sublimation and condensation effects change crystal shape and size and modulate physical properties of snowpaks. 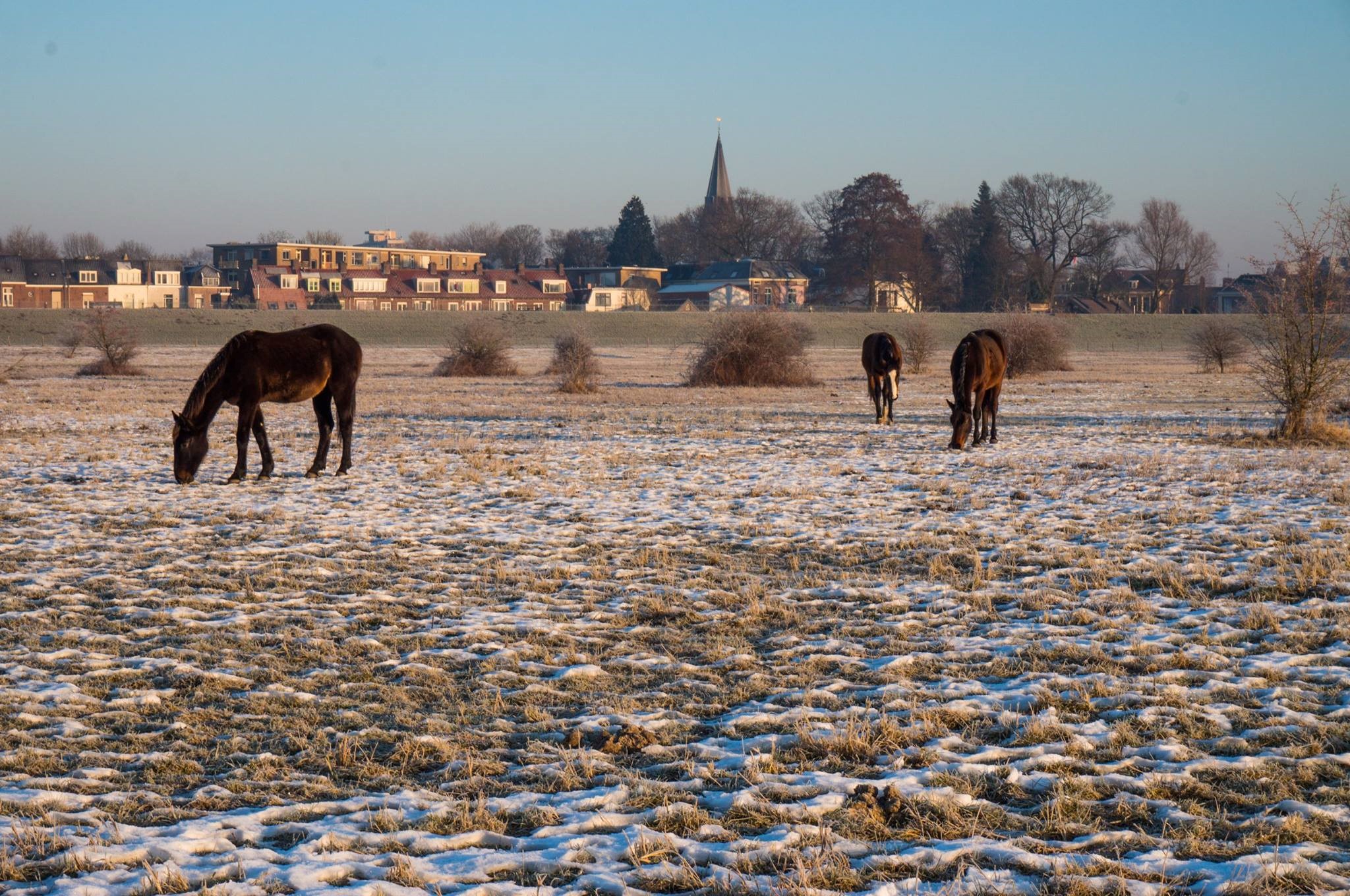 What happens in a frozen Wageningen?

As soon as it snows, you will find the entire lake of Forum full of people jumping and slicing through the ice. The amount of pictures taken and shared in social media is uncountable and the amount of empty spots in the library is astonishing. It won’t be strange to find out that halve of the expected people on your lecture is not there anymore. A bunch of plans is going to prevent you from continuing your normal routine. These range from playing in the snow in Wageningen to ice skating in ede (ice skating). 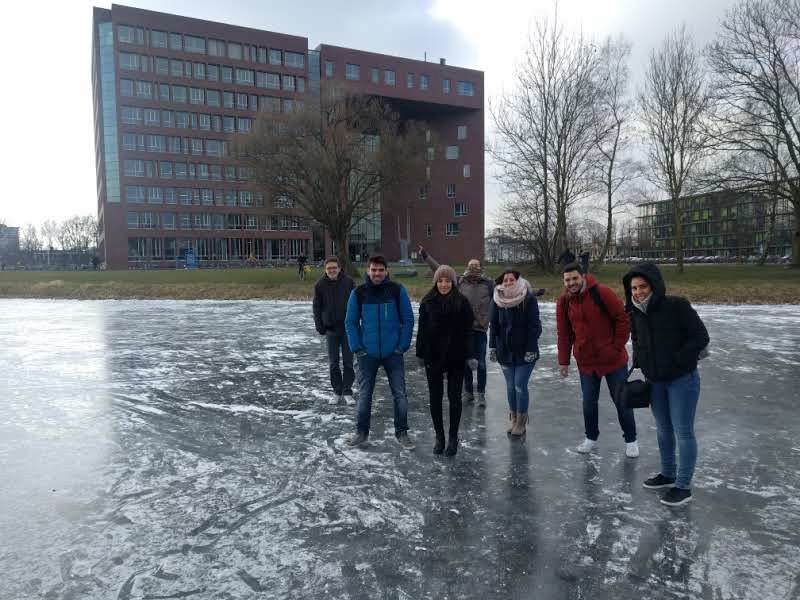 No snowflake ever falls in the wrong place

Wageningen looks even nicer when covered of snow. Perhaps is not the snow what makes it nicer but the people playing outside in one of the coldest days. Even though people tend to be more active in warmer and sunny weathere than in colder and darker weather (Tucker & Gilliland), maybe the snow brings enough light to reverse this situation. 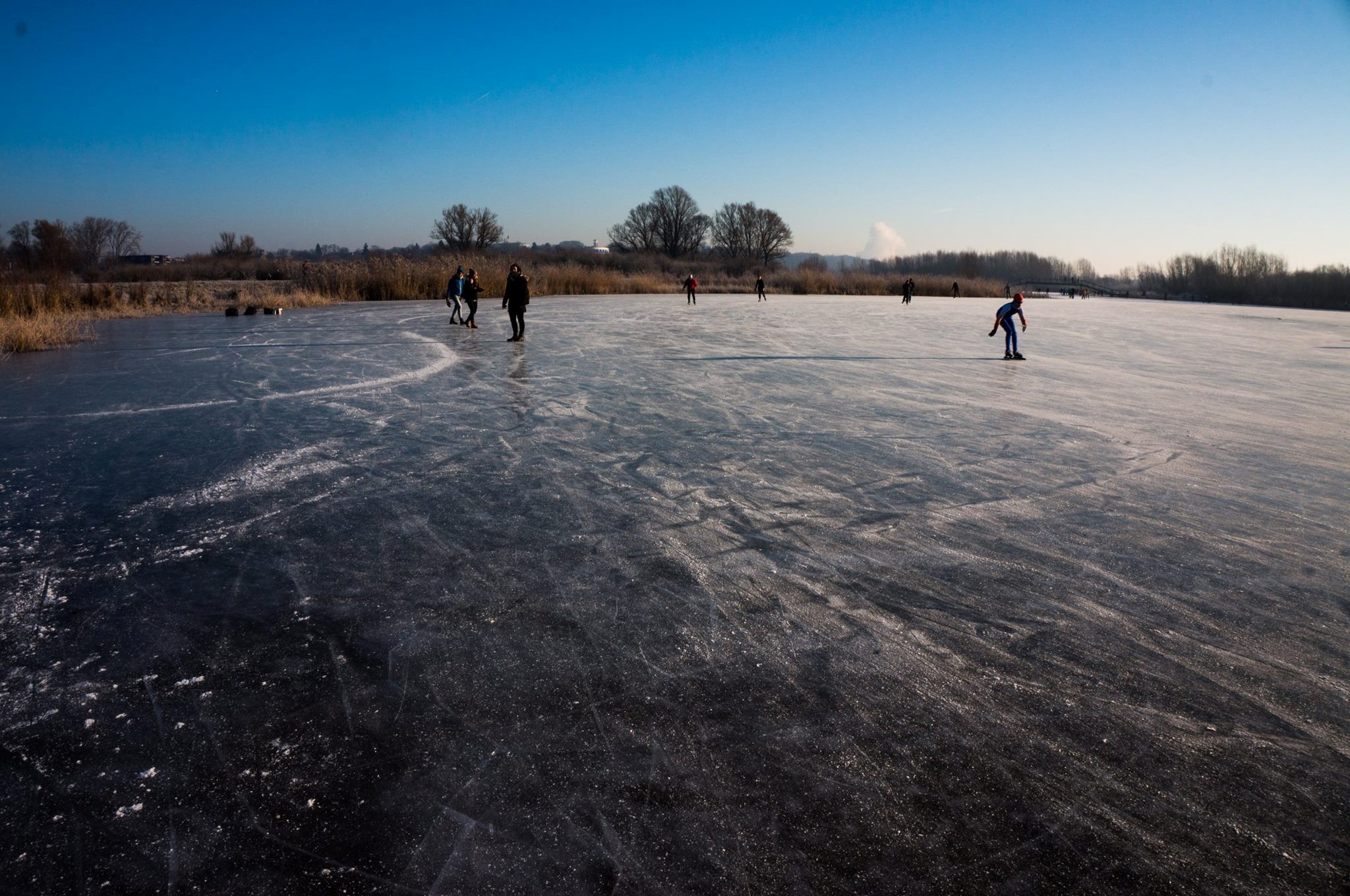 No matter what happens in Wagenigen, normal life will never be interrupted. If you are crossing your fingers, waiting for your exam to be cancelled, let me suggest you to go back to the library, that wont ever happen in Wageningen. 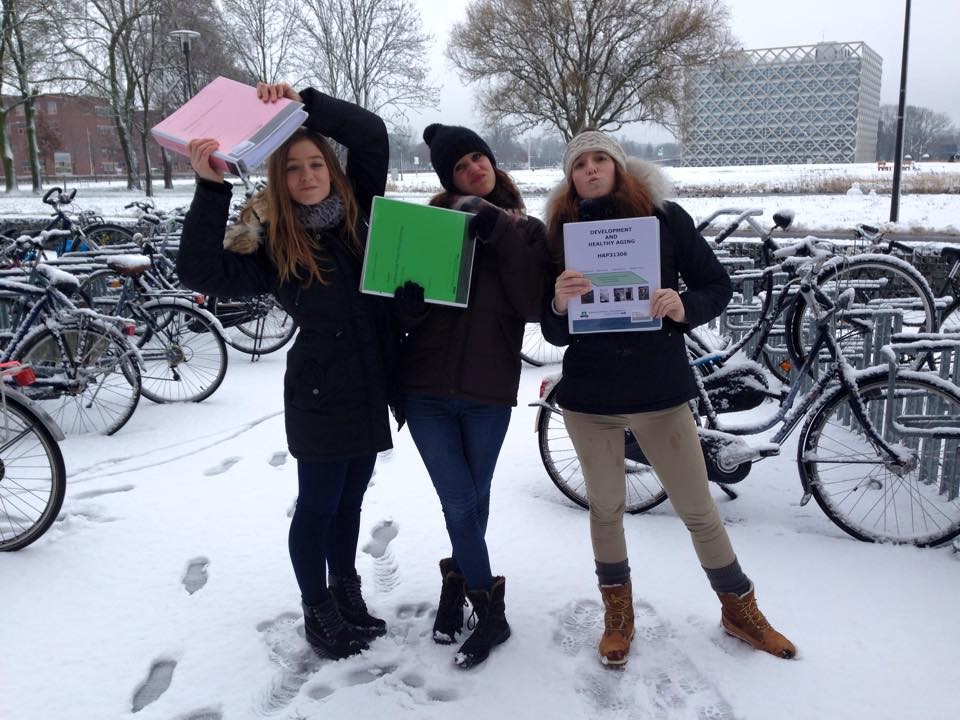