Do you want to have a coffee break?

10:00am, it’s time for coffee break. You might have listen this sentence in the middle of your morning course or perhaps in between your afternoon course. You might have thought that having a coffee in your break would prevent you from falling asleep or maybe would increase your concentration.

That is actually true and hence we could think that coffee gives you a positive effect on your daily life. However, are you taking into account that you are also having a coffee in the morning just before taking your bike? and maybe also another one before going to the gym?. Have you ever fancy two cups of coffee instead of one in your coffee break? 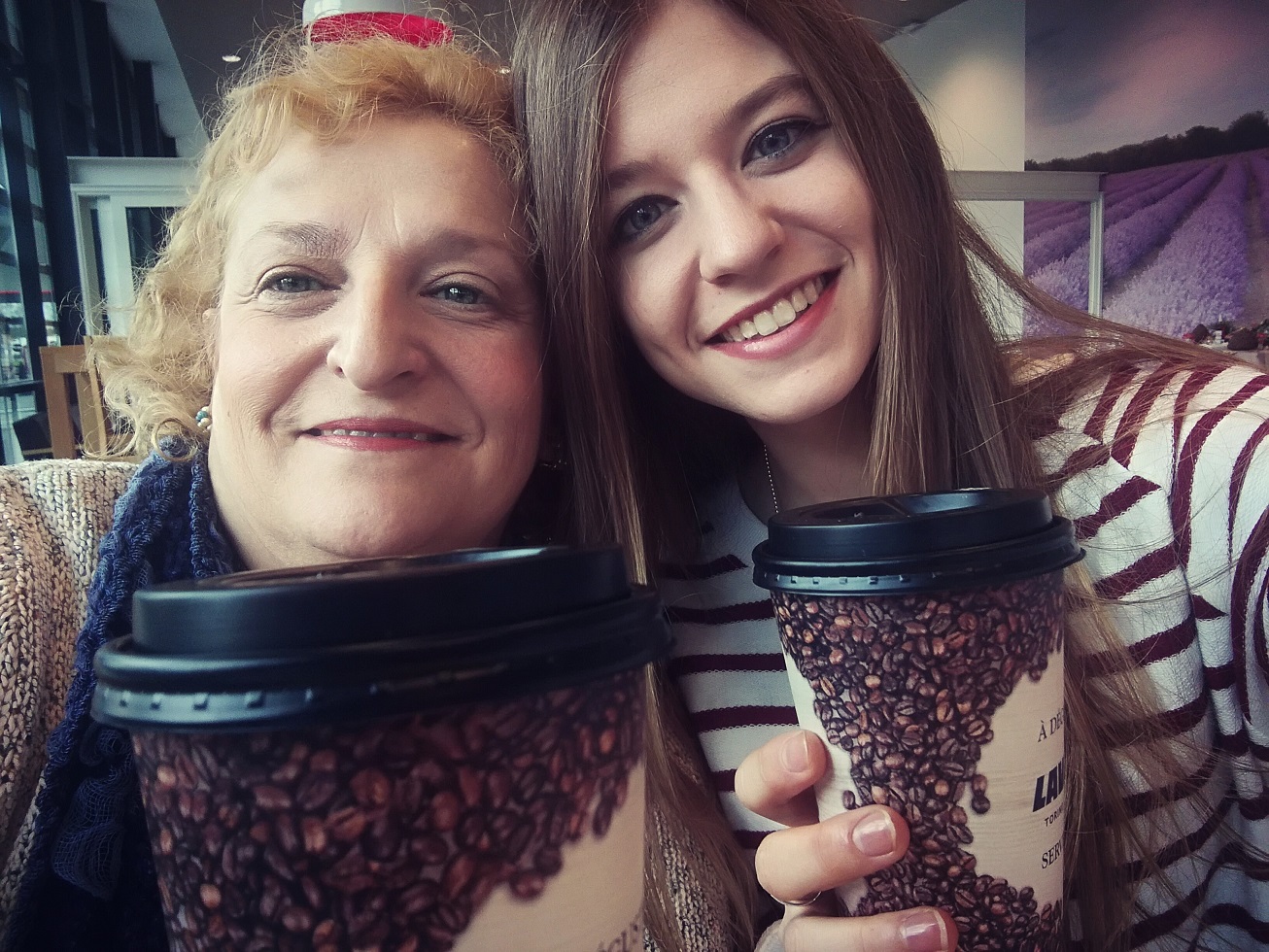 Coffee is the second leading worldwide beverage after water (Butt & Sultan). Indeed, coffee is actually one of the most popular beverages in the world and the main reason for this; together with its aroma and taste, is its stimulating effects on your central nervous system (Nieber). Its trade exceeds US $10 billion worldwide (Butt & Sultan). Approximately 90% of the adult population reports regular caffeine use, being 227 mg the average daily intake (Frary, Johnson, & Wang). Adolescents and children have increased their caffeine use in a 70% in the past 30 years (Temple). 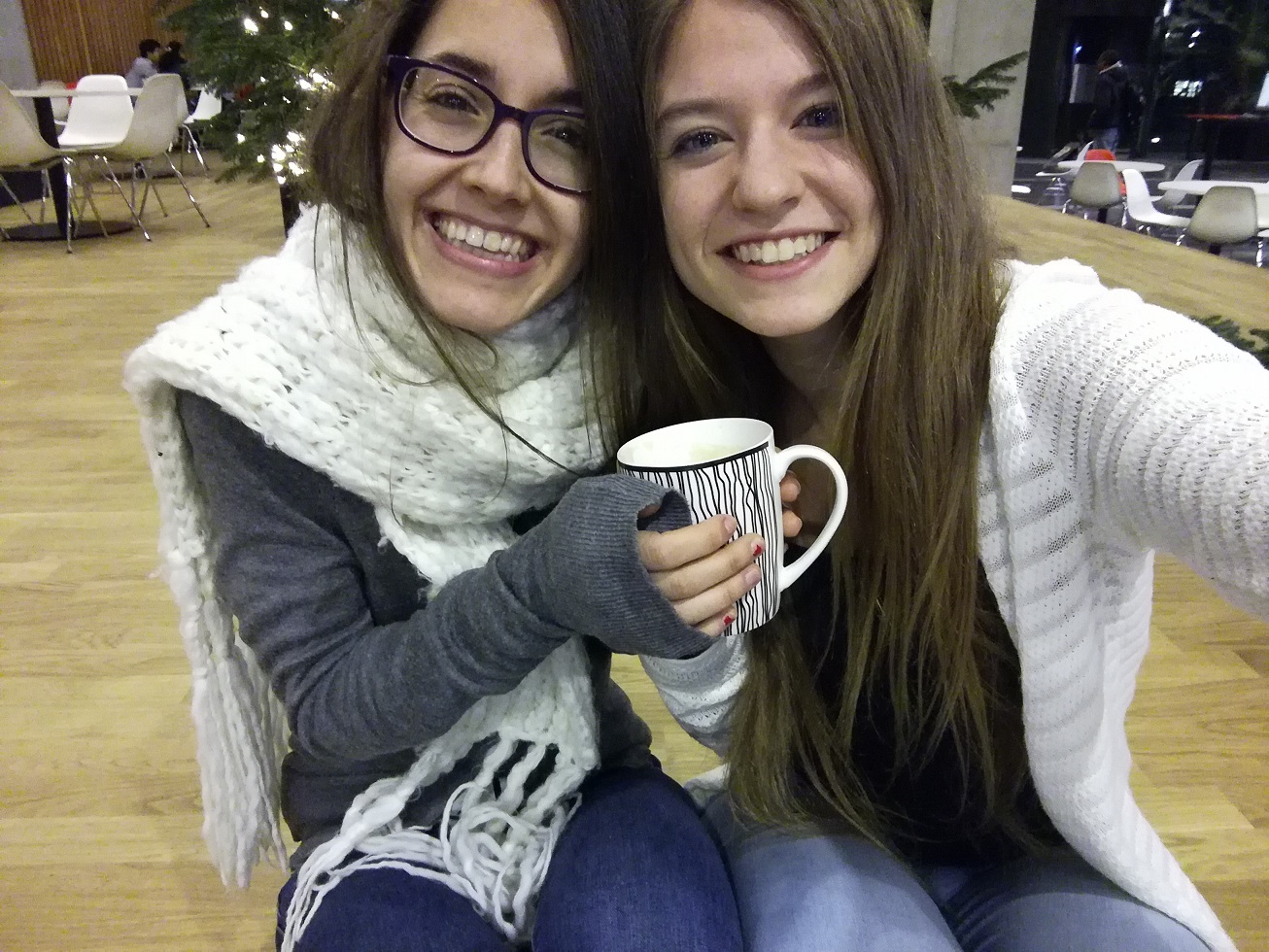 Before you can actually hold your cup of coffee, coffee beans have to be grown, harvested and processed. This processing includes both a dry and a wet processing step followed by milling, roasting and grinding. Through roasting of coffee, chlorogenic acids are decomposed triggering the generation of Maillard reaction products (Vignoli, Viegas, Bassoli, & Benassi). These products include melanoids and other high and low molecular mass compounds which possess antioxidant activities (Vignoli et al.). The roasting process introduces also a variety of coffee melanoidins in a condensed way (42-62 mmol/100 g) and also in ester-linked way (1.1-1.6 mmol/100 g) (Pilipczuk, Kusznierewicz, Zielińska, & Bartoszek). 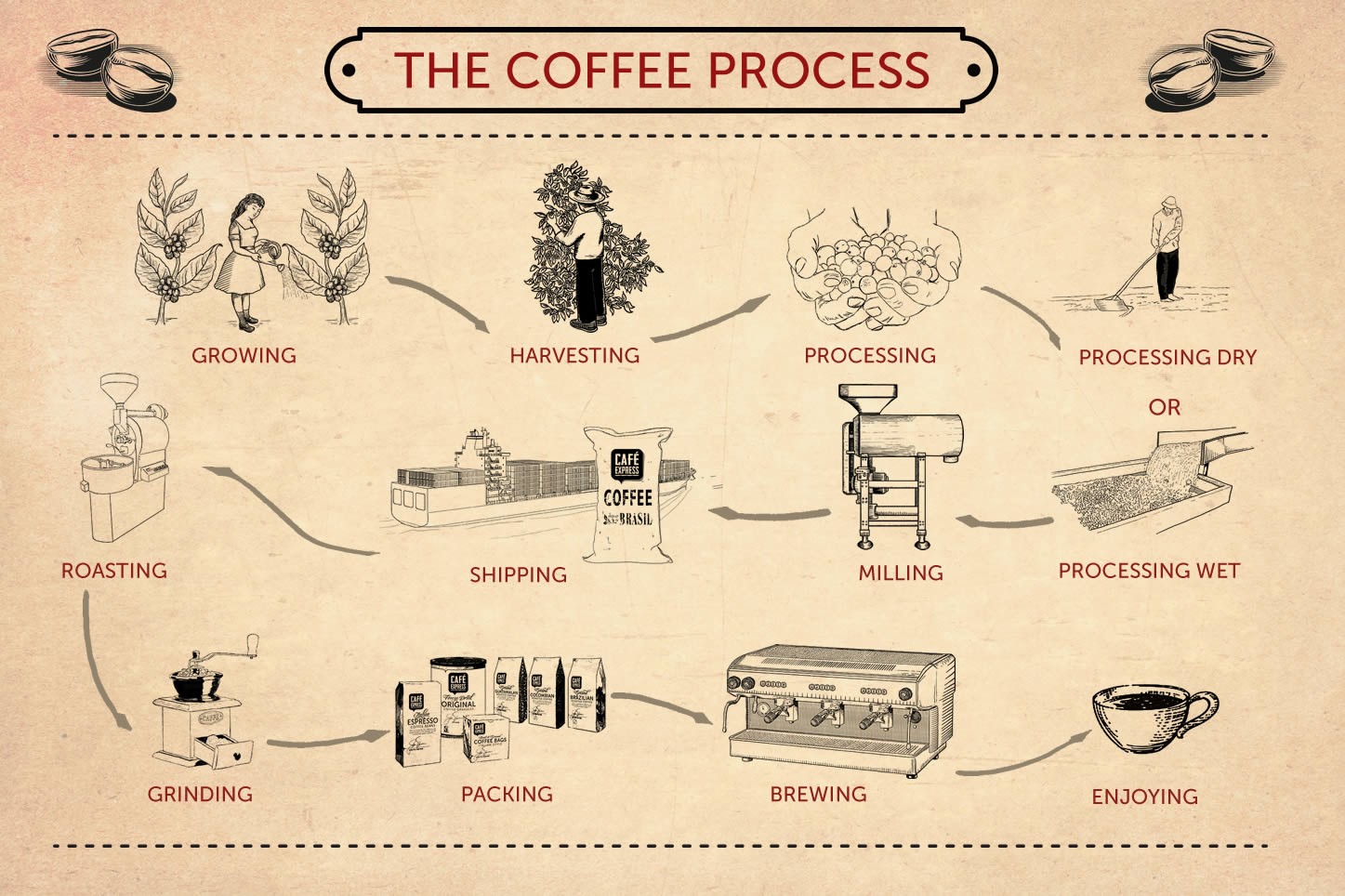 Is coffee good for me?

This widely consumed beverage contains more than 800 volatile compounds, being caffeine and chlorogenic acids (CAs) the most common ones (Nieber). The main bioactive components found in coffee together with chlorogenic acids which are detected by HPLC-DAD-MS are caffeoyl-, feruloyl- and dicaffeoylquinic acids. A few years ago, coffee was seen as a pharmacology beverage and that lead to many negative opinions. However, coffee might prevent several chronic diseases as type 2 diabetes mellitus and liver disease (Nieber). There is even evidence that decaffeinated coffee might, in some extent, have similar benefits as normal coffee, implying that other components different that caffeine may contribute to health promotion (Nieber). 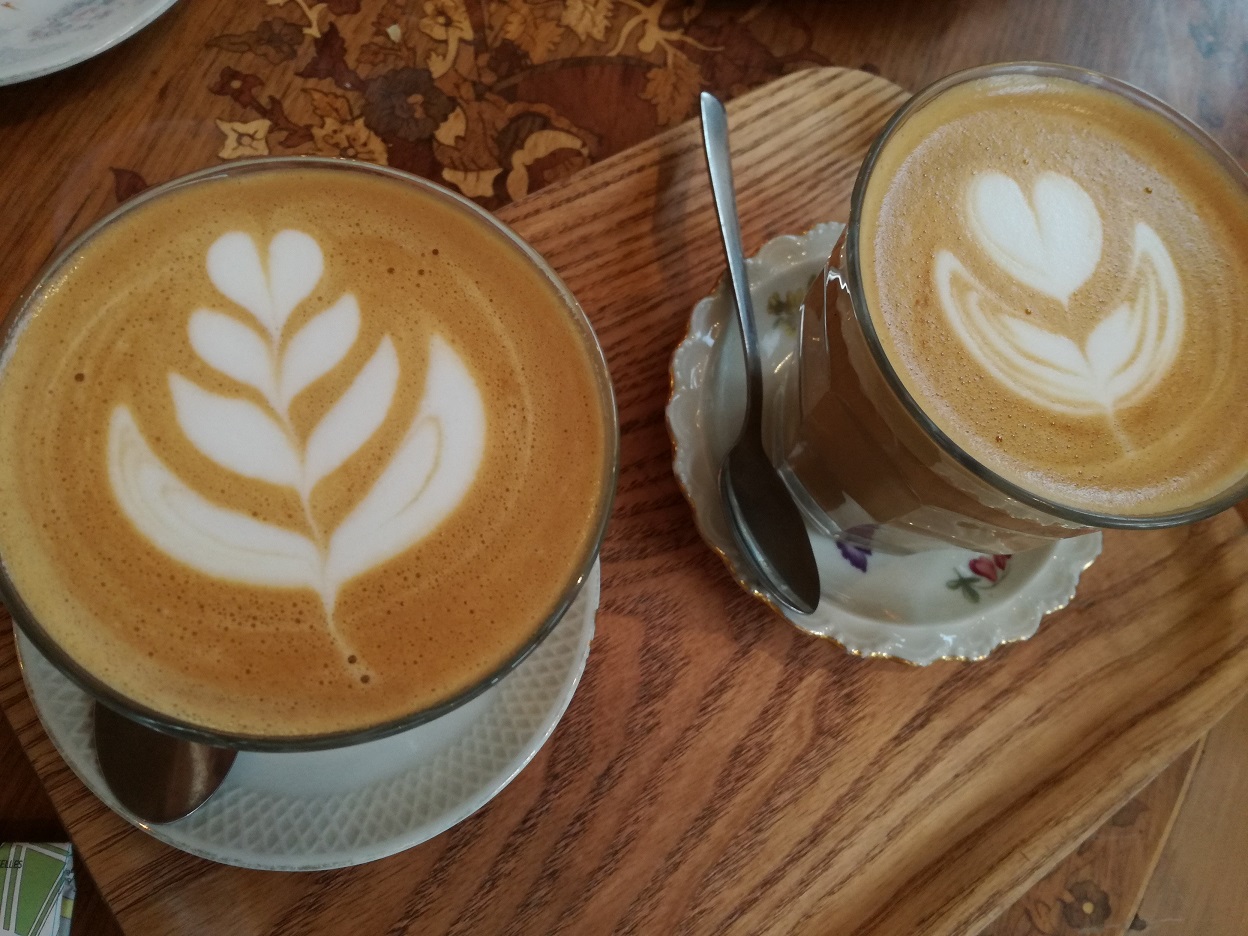 However, among all the bioactive compounds present in coffee beverages, the most well-known is caffeine.

Caffeine is one of the most important psychoactive alkaloids in this beverage. This compound has been proven to improve your psychomotor performance, improves memory and cognitive (Corley et al.; Hodgson, Randell, & Jeukendrup). Indeed, human studies proved that high levels of caffeine in blood (above 1.2 mg/L) prevented the progression of mild cognitive impairment to dementia (Cao et al.). Moreover, caffeine might also prevent non-alcoholic fatty liver disease which is an hepatic manifestation of the metabolic syndrome (one of the causes of primary liver disease) (Birerdinc, Stepanova, Pawloski, & Younossi). In addition, caffeine is nowadays not seen only as a stimulant but it might be recognized as an anticarcinogenic agent (based on large prospective study linking caffeine consumption with decreased skin cancer risk) (Hashibe et al.).

Does coffee have health risks?

Coffee drinking has been suggested to increase heart failure risk, however this issue was contradicted by epidemiological studies in 2012 and hence firm conclusions can’t be made. Most prospective cohort studies have not found coffee consumption to be associated with a significantly increased cardiovascular disease risk.

Excessive consumption of coffee can be harmful due to an excessive caffeine intake. High concentrations of caffeine in blood increase blood pressure and could lead to nausea or heart diseases (Cano-Marquina, Tarin, & Cano). This is the reason why coffee is not recommended for pregnant women, patients with cardiovascular conditions or children. many molecules that are present in this black decoction exert anticancer properties.

It is important to be aware that caffeine becomes lethal at very high doses (150–200 mg/kg) (Gaascht, Dicato, & Diederich) which corresponds to 11.25–15 g for a 75 kg adult. But this means that 8 L of coffee (125-mL cups of brewed coffee having a concentration of 1.39 mg of caffeine/mL) would have to be drunk!!. Overall, most studies have shown that an average consumption of 4 to 6 cups of coffee per day (750 mL of coffee), is enough to slow the progression of different types of cancer (Acevedo et al.) and prevent carcinogenesis. In addition, the consumption of 750 mL of black coffee per day has been proven maintain DNA integrity and decrease the expression of genes involved in inflammation processes (IL-6, Nrf2, PPARα and PPARγ) (Bakuradze et al.). 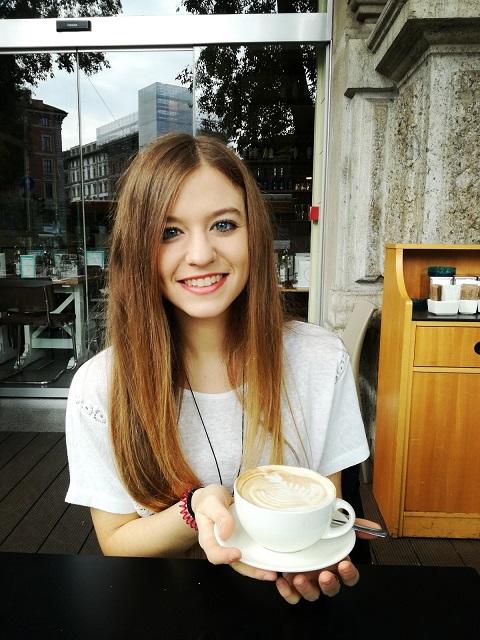 The key is the midpoint.

For adults consuming moderate amounts of coffee (3 - 4 cups/d providing 300 - 400 mg/d of caffeine), there is little evidence of health risks and some evidence of health benefits. From the above mentioned properties, coffee stands out as a dietary source of free radical scavengers and antioxidants, specially caffeic, chlorogenic and ferulic acids. It is estimated that coffee contribute to a 65 % of the daily intake of antioxidants in our human diet, more than tea or wine or even fruits or vegetables!! Moreover, coffee it’s a nice excuse to spend time with your friend and family and I am more than sure the time I spent with my mom drinking coffee made a bigger impact on my health that the caffeine itself. 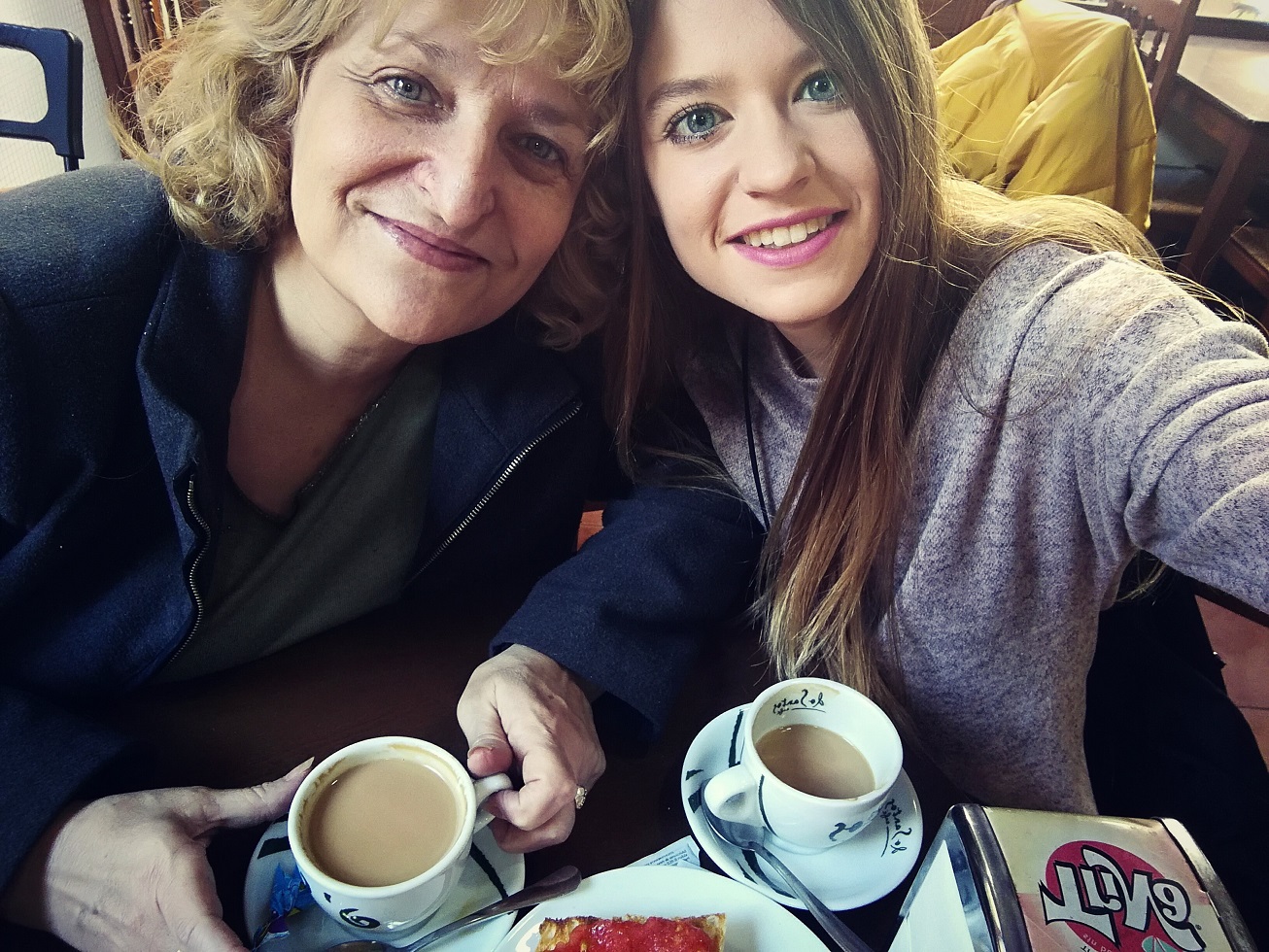 Hodgson, A. B., Randell, R. K., & Jeukendrup, A. E. (2013). The Metabolic and Performance Effects of Caffeine Compared to Coffee during Endurance Exercise PLoS One (Vol. 8).