A life with chapters

By: Lizzie Richardson · 3 April 2019
Category: Student life
I am currently sitting on the floor at LAX Airport waiting for my flight. Unlike all the other times I have boarded a plane over the last two years this plane isn’t going somewhere new, it is going somewhere very old. The plane is flying for 17 hours across an ocean to a sunburnt country, the land down under, my home Australia. When I left Australia in February of 2017 I was convinced that I would go home at least twice before finishing my degree, but instead, I went to 11 countries and spent six months in the United States and finally, after two very long years I am going home.
Looking back on the last two years it is hard to comprehend everything that has happened. How can you condense over two years into one blog post? I would draw a picture because after all, a picture tells a thousand words, but I’m terrible at drawing so will have to stick to text. This is an impossible task but I’ll try but sharing my top three moments at Wageningen Uni. What are your top three moments at WUR?

Because I joined the programme in February, our AID was a lot smaller than the summer AID as only a handful of Masters programmes start in the Winter Term. However, the three days were still amazing. From running around the campus for the crazy 88 challenge to trivia night, to sharing Vegemite with my AID family (which none of them enjoyed), it was a great few days. My AID group stayed in touch after the week and had a few more dinners and adventures together. Two of my closest friends were in my AID group and a few months after meeting we were road tripping around Germany, Belgium, and trying to start a campfire in Luxembourg in the rain. When they returned to Sweden and Poland after their exchange ended, I was lucky enough to visit them in their home countries, spend Christmas and New Years together and attend a wedding! 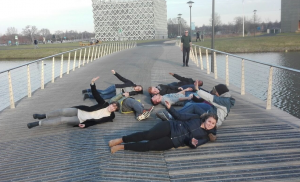 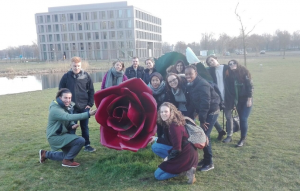 Half Marathon and Full Marathon

I am always seeking ways to challenge myself physically and mentally and so decided to run a marathon even though I immensely dislike running. But I figured that if I were to run a marathon, starting in the Netherlands is a good idea as the Netherlands is well… flat, so wouldn’t have to contend with any hills. I signed up for the Amersfoort half-marathon and the Amsterdam full-marathon and drew up a rigorous training schedule which would take me from being able to run 10kms to 42kms. But I am terrible at sticking to plans and after a few weeks became too busy/lazy to train.

Looking back on the last two years it is hard to comprehend everything that has happened.

However, I wasn’t going to let these opportunities slide, it was my choice not to train and so I will reap the consequences of not training by running the full marathon anyway despite the pain. The half-marathon and full-marathons were a struggle to say the least and I certainly felt the pain of not training, but I finished both races which felt amazing. I have now set myself the goal of running a marathon every year, not because I like running, but as a way to push myself. Aim high, fall far, but get up and keep going, one-foot in-front of another. 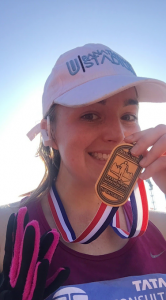 Celebrating after completing the Amsterdam Marathon

But without question, the best memories I have of my time at Wageningen are those spent with friends. From all those hours at Columbus on Saturday mornings and wandering around the local market obsessing over the great cheese with Emma and Marta. To randomly eating chocolate cake in the park after a stressful day and dancing to ABBA in Arnhem on King’s Day. Countless hours spent wandering around the Arboretum taking photographs, rolling down the hill, running up the stairs (my one attempt to train for a marathon), and having Marta point out for about the tenth time that yes there is a sticker of the Polish flag on the post.

The best memories I have of my time at Wageningen are those spent with friends.

Sitting on the floor of my room eating sushi, pirogues, Swedish meatballs (or as they call them in Sweden, just meatballs). Summer dinners in Dijkraft watching the sunset and attempting to make pavlova without an electric mixer. Very late nights drinking cinnamon tea with Katie and Julia trying to hash out the logistics of Panta Rhei. Becoming friends with Katie purely because she has the same name as my dog and forming a life-long friendship. Not to mention all the hours spent in the sports centre, picking up a squash racket for the first time, hours in the step classes trying not to trip over the step, and making a fool of myself attempting to hip-hop with two left feet. Babysitting and teaching English in the ISOW building, sharing ANZAC biscuits, Vegemite, and Caramelo Koalas on the table-tennis table outside the sports centre, I could go on for hours and hours but you get the idea.
Now it is time to close this chapter of my life, head back to Sydney and start a new chapter.
Thank you to everybody whom I have met over the last two years, I can’t wait to see what you all do at Wageningen University and beyond. 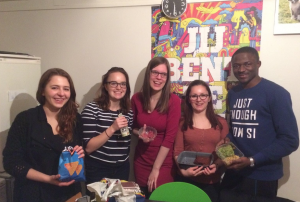