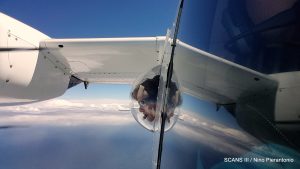 The bubble window allows a clear view of the area under the plane (Team II). (Photo: Nino Pierantonio)

The survey set-up for cetacean viewing

On Monday all teams assembled at their respective bases, which are spread out across Atlantic Europe from northern Norway to Portugal. This first day was spent on training and doing some “dry runs” with the equipment. Surveys are run with two observers at either side of the plane searching through bubble windows. These allow an unobstructed view of the water surface – and any cetacean that might be swimming there. The third observer (called “navigator”) logs all environmental and sighting data into a small field computer.

Weather conditions on the Tuesday were good enough for a number of teams to start surveying. Other teams followed suit over the next few days – using even small good weather windows to begin covering their transect lines. Over the first three days six of the seven teams were able to be airborne. Unfortunately team VII remained grounded due to high winds blowing along the coast of Portugal. 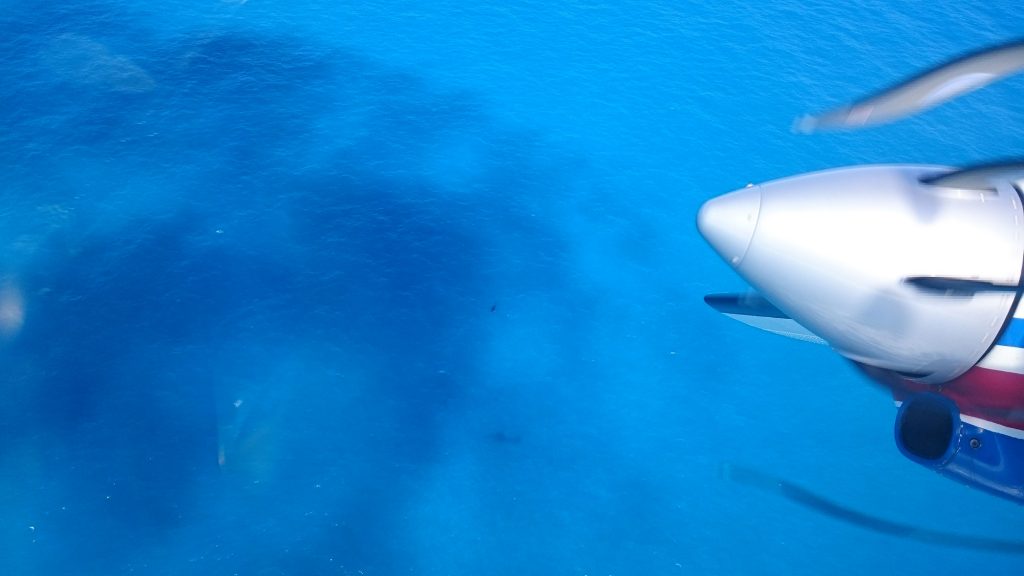 The view from the front position of the data logger (“navigator”) of Team IV. Spot the minke whale! (Photo: Nicole Janinhoff).

Over the next week, the weather forecast is variable with some storms moving through but also some calmer weather. Hopefully some teams will be able to continue their work in the air. Others are now busy with data quality control – a sometimes tedious but essential job to make sure all the collected data are correct. In any case, all teams are on stand-by and as soon as the winds go down they will be in the air again!