Our journey started well. Although our vessel, the Magnus Zaremba came into Longyearbyen a little later than planned, we had it loaded and set out to sea by the evening. We were headed to the furthest sampling site in our plan, a beach on Edgeøya, located in the Storfjorden on the southeast of Svalbard. The plan was to begin there and work our way surveying selected beaches where possible on our way back towards Longyearbyen. The thing is, ’where possible’ in the Arctic can depend on many factors. The unpredictability of the conditions on sea, the possible presence of polar bears on land, and always potential technical issues can all call an immediate ‘abort mission’ on a beach survey. 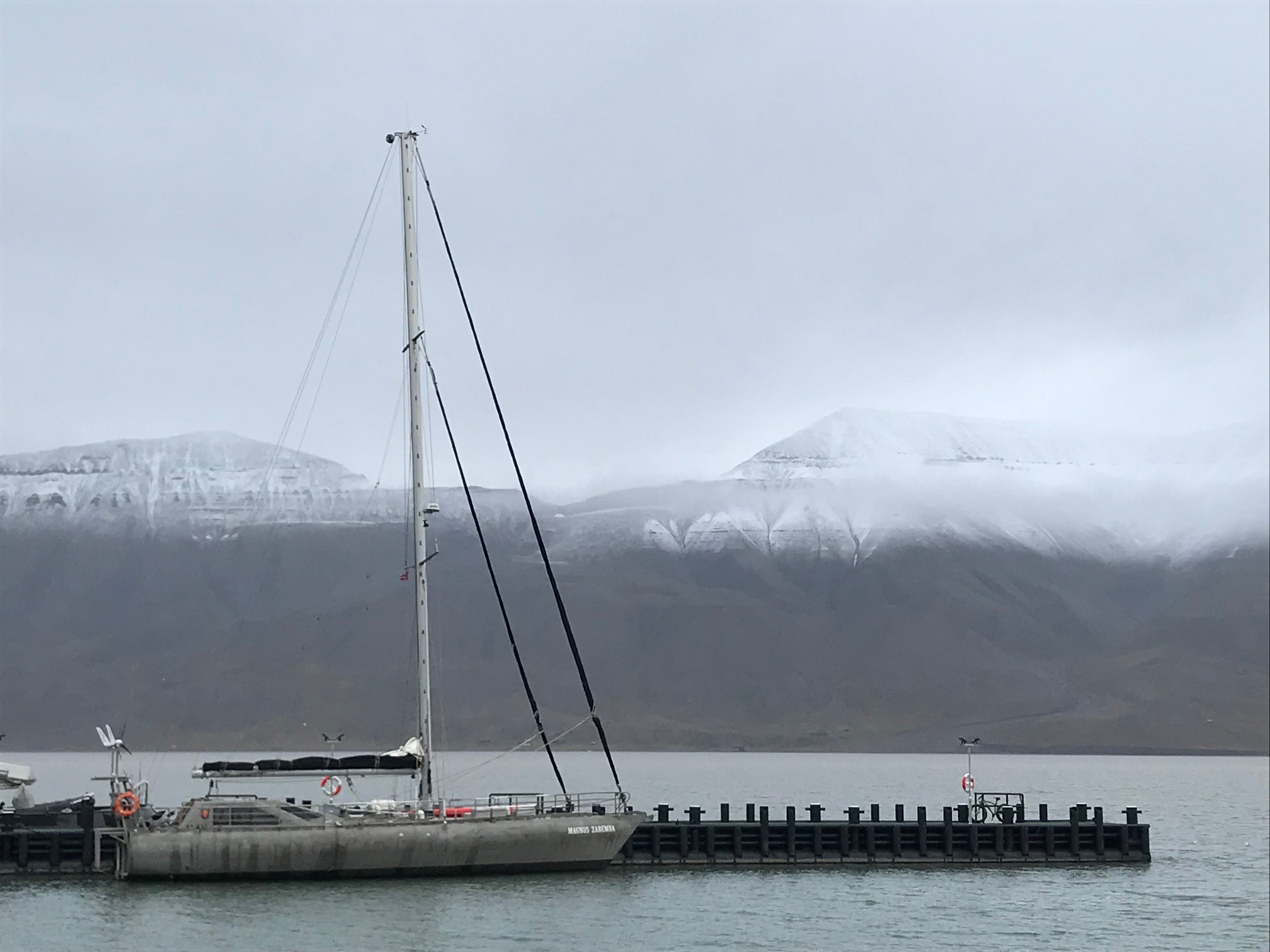 The Magnus Zaremba, our home for the next week (photo by Anneke van den Brink)

After two days of sailing we approached Edgeøya on crystal clear waters that rippled around us, the surface broken only by our boat. The only noise was the low hum of the motor, the gentle lapping of water around the boat, a few bird calls and the occasional whale blow. As soon as someone announced that whales were around we all rushed on deck, binoculars in hand. It is quite something to witness; a peaceful water spout, followed by an emerging back and dorsal fin glistening in the sun and gliding back into the water as gently as it had come out. This made the long hours of travel well worth the adventure. 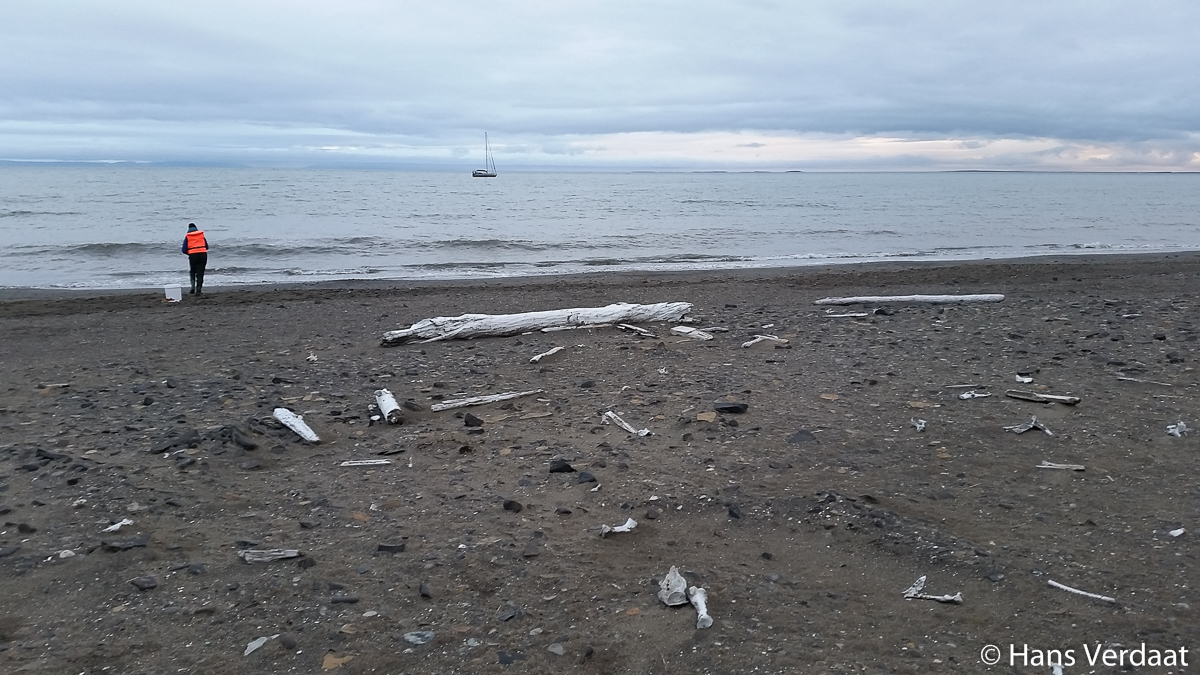 Unfortunately the wind had picked up when we got to our first beach on Kapp Lee, on the northwestern tip of Edgeøya. Not only that, but our crew had discovered an issue with the zodiac which led to a last minute decision for just Martine and Hans to go on land doing only a single transect. A bit disappointing given the distance we had travelled to get there, but in this part of the world, you just have to make do with what you can get, so we were happy with the samples we were able to collect. While Martine was on land collecting samples and Hans there on polar bear watch, Rebecca and I scanned the ridges for bears from the boat, walkie talkies at the ready. The first beach was located near some now decrepit historical wooden research huts, and next to them a pile of around 60 huge and pungent walruses lying together in all their tusked and blubbery glory. These things are enormous! About three times the size of a grown man. Their stench reached us on the boat, so I can only imagine what those on land had to deal with! 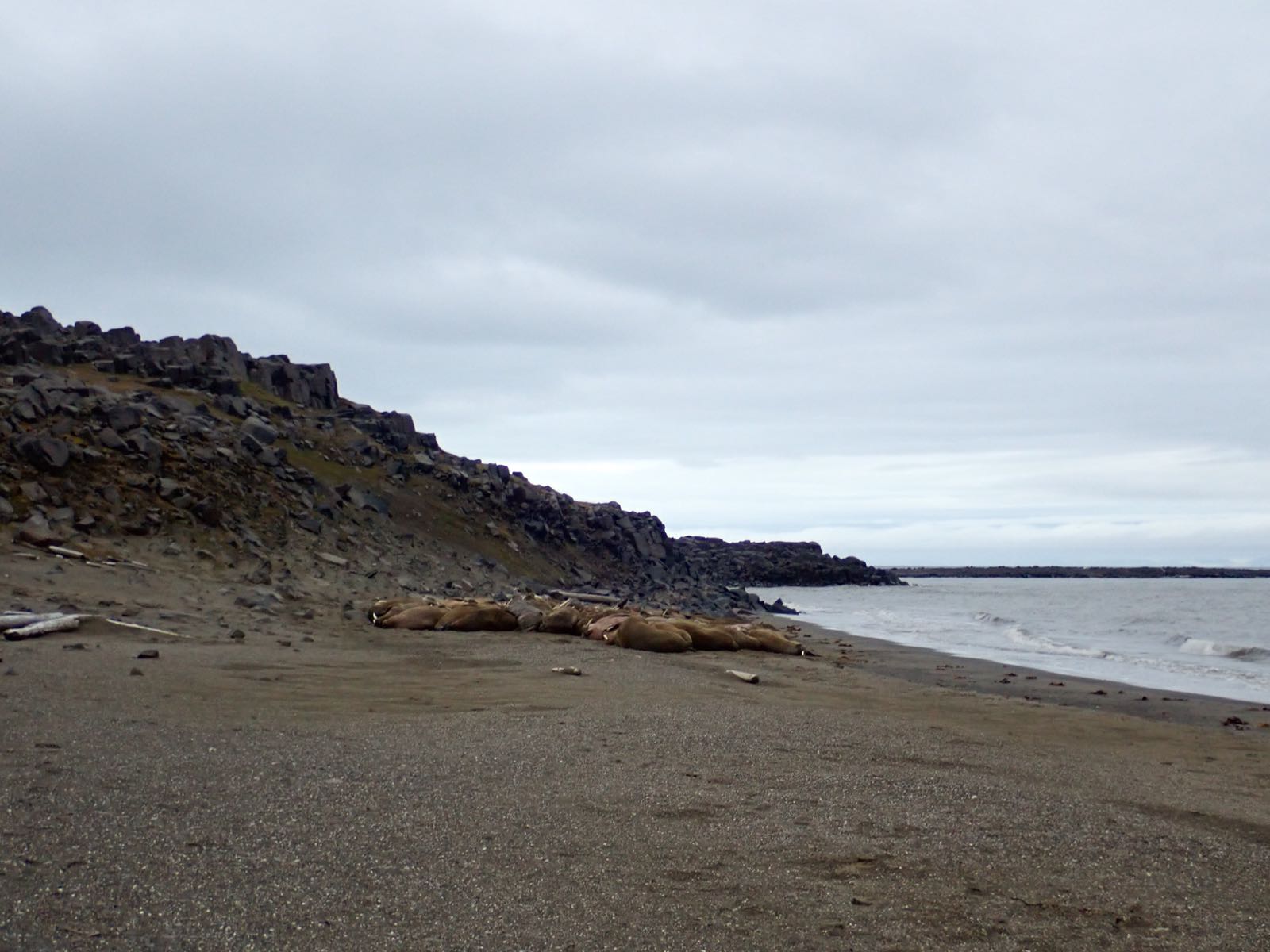 With the first beach done, we sailed away in the light of the night to the other, western side of the Storfjorden. Unfortunately when we arrived there early the next morning the weather had turned even worse, and for safety’s sake, we decided to skip the beach on that side all together and to head further south along the coast. Our consolation prize was to sail past a whale foraging area and be surrounded by surfacing minke, fin, humpback and blue whales. What a treat! 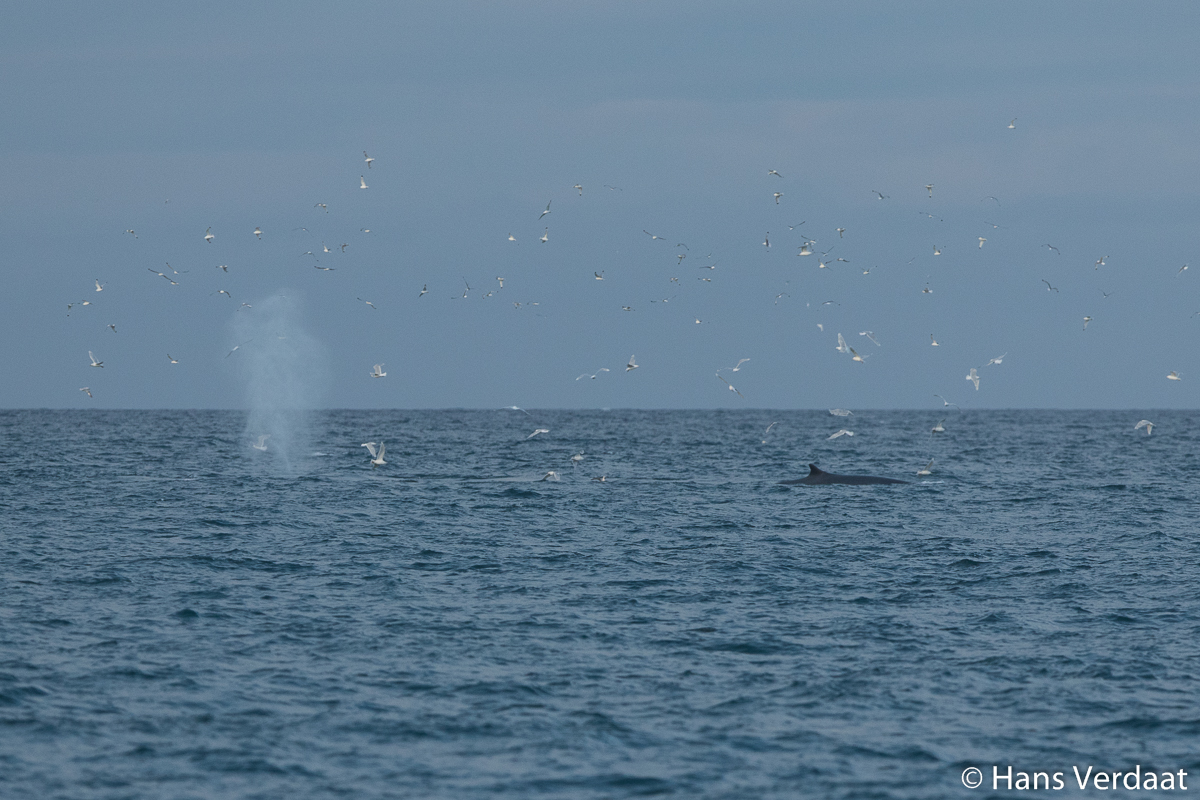