5 December 2016 | Category: Tips and advice for studying in Wageningen

Who’s the mysterious old man with the white beard and a red gown?

Maybe he seems familiar to you, but it is not Santa Claus, Nikolaos, San Nicola or Saint-Nicolas and also not Nikolaus, but it is the Dutch Sinterklaas. As promised, I give you a crash course on this Dutch tradition, before Sinterklaas leaves the Netherlands again on Tuesday, the 6th of December.

Arrival in the Netherlands

Sinterklaas traditionally arrives on the first Saturday after the St. Martin’s day on November 11, so the second Saturday in November. He is coming by boat from Spain together with the Zwarte Piet (translation: Black Piet/Peter). In Wageningen, Sinterklaas also arrived by boat and was yearningly expected by hundreds of children, most of them dressed up as Zwarte Piet and singing traditional songs. 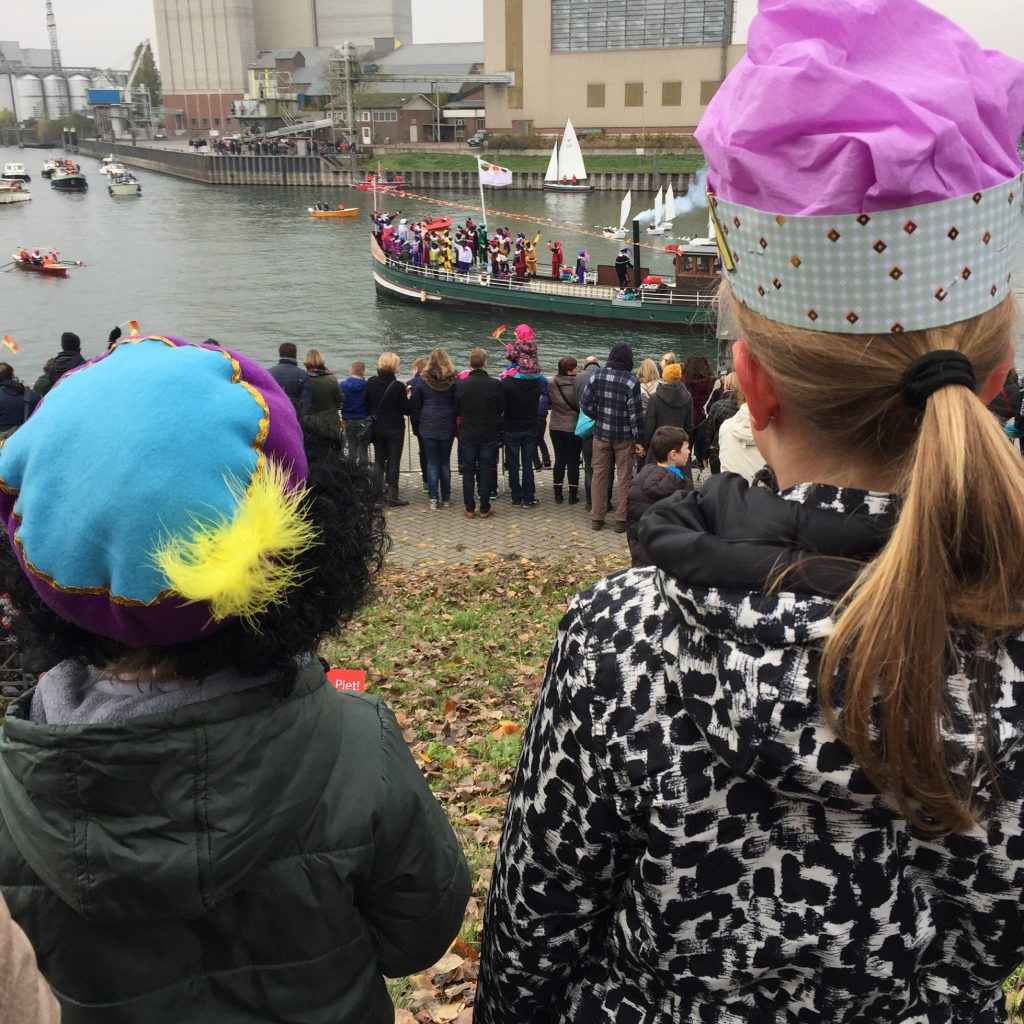 After their arrival, Sinterklaas and the Zwarte Piet gave out Kruidnoten and they walked together with all the children and their families to the city centre where they were welcomed by the mayor. The arrival of Sinterklaas is called intocht van Sinterklaas and if you had no time to watch this year’s arrival, you should plan to go to next year’s – it is a really Dutch experience and it is a very cute tradition.

Sinterklaas’s time in the Netherlands

After his arrival, Sinterklaas’ favourite way of transport is his grey (horse). On his grey, the procession makes its way through the Netherlands. First of all, they check on the behavior of children and then, of course, well-behaving children get sweets from him. 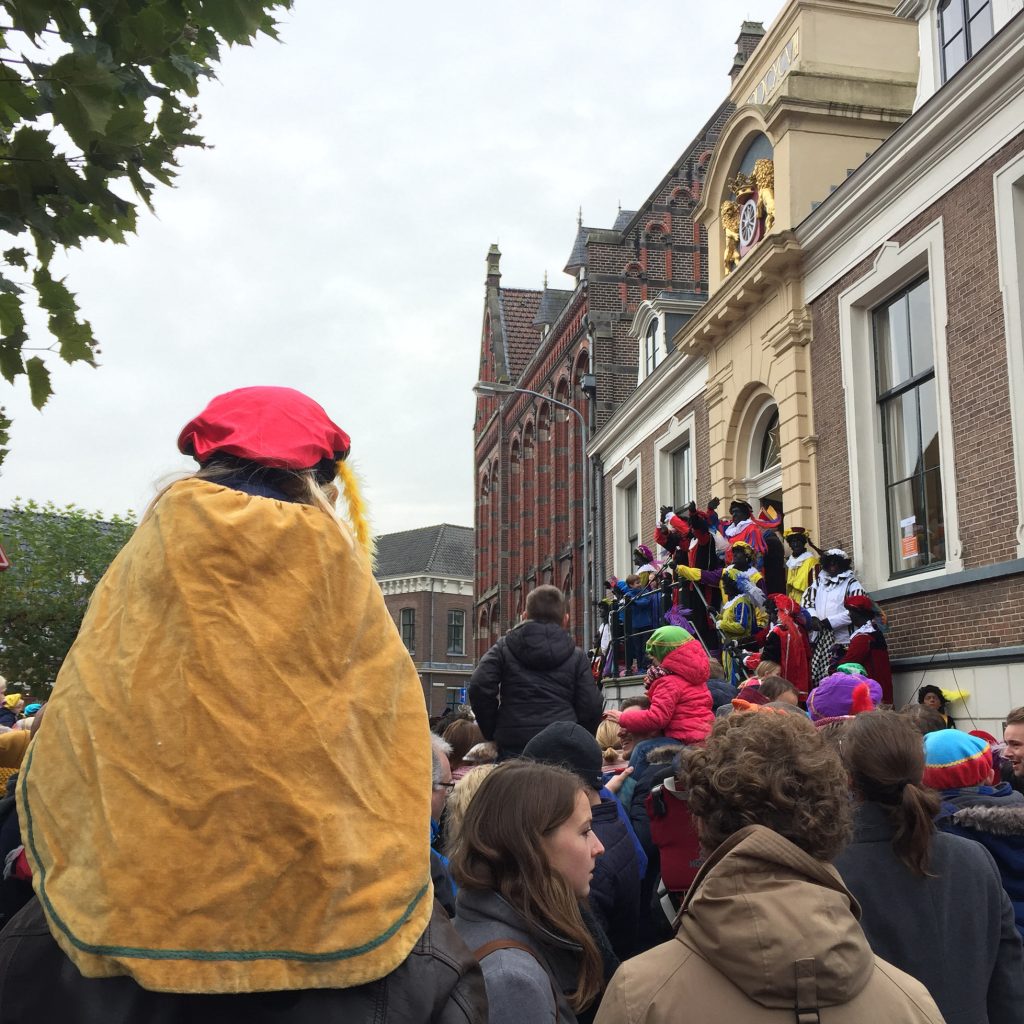 Children place their shoes next to the fireplace, with inside the shoe a drawing for Sinterklaas. Also, putting a carrot in it for the horse so Sinterklaas can feed him when he is passing by to deliver the presents. Why do children put the shoes next to the fireplace? Because Sinterklaas and the Zwarte Piet are entering the houses through the chimneys – you maybe recognize this part of the story from your home-country, don’t you?

It is a really Dutch experience and it is a very cute tradition.

Today, on December 5, the night before Sinterklaas leaves the Netherlands again, Sinterklaas mysteriously brings presents for all children. There are many ways how Sinterklaas delivers the presents. Either, he leaves a sack in front of the door and knocks on the door, so children find it, or there appears a note, indicating where in the house the Zwarte Piet hided the presents. When children are still young and believe in the story of Sinterklaas, the Pakjesavond is celebrated like Christmas. Since neither the 5th nor the 6th of December are public holidays in any country of the world, the celebration of Sinterklaas is limited for grown-ups.

Discussion about the Zwarte Piet

Reading the article, you may have asked yourself, what to think about the Zwarte Piet. For a couple of years now, there is discussion going on in the Netherlands whether to abandon Zwarte Piet or to “neturalise” his skin-colour. 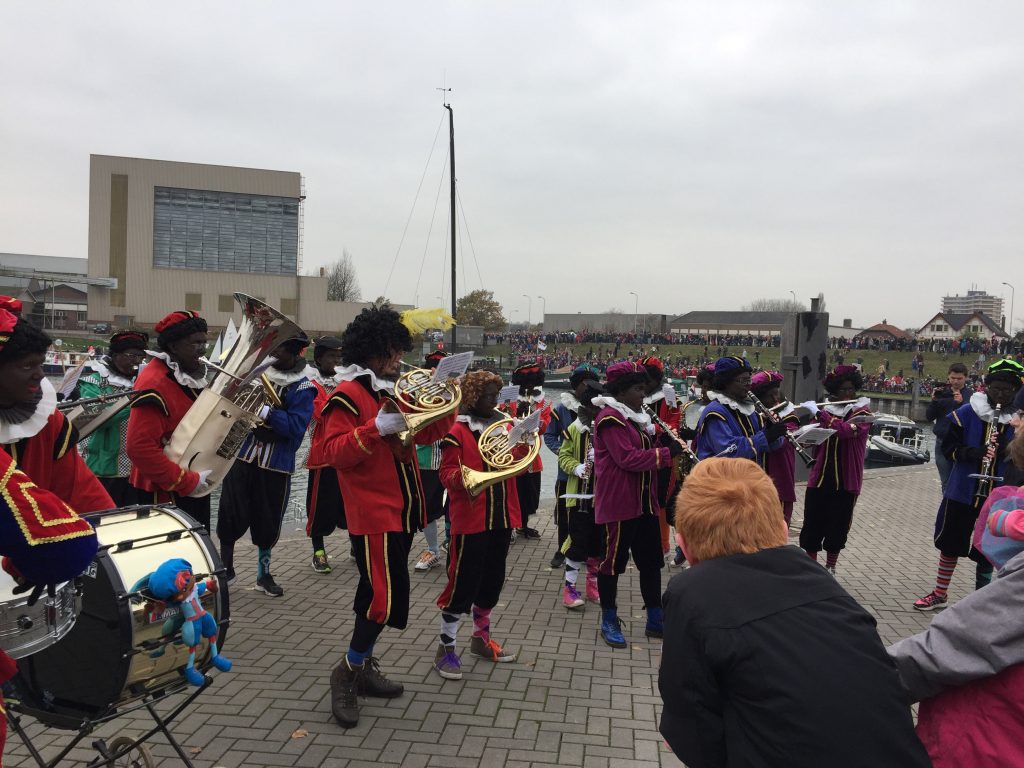 A recommendation at the end: The cutest Sinterklaas movie ever – in my opinion – is Alles is liefde (translated one-by-one “Everything is love”) and you just have to watch it during this time of the year. When you are watching it in Dutch with or without English subtitles you even practice your language skills. But there is a warning (to the guys): treat this recommendation with care, it is a really romantic movie, which I could imagine, mainly girls enjoy.

edit my essay for free