Did you actually say Amsterdam? – A little anecdote

The distance between Cologne, my hometown and Berlin is approximately 573 km. That’s about 6 hours in the care, nerve wrecking 4 to 14 hours in a train of the Deutsche Bahn or if you’re lucky (and an affluent student), one hour in a plane. Imagine someone in cologne saying

I’m seeing my sister for dinner in Berlin tonight.

You would gaze at your counterpart with disbelieve. The setting of this story is little Germany, but just envision the distances between major cities in a country like Brazil: There are more than 2000 km between Brasilia and Porto Alegre. And travelling between these two cities, you do not even cross half of the country length-wise. Maybe, you are from a city yourself, where the agglomerated metropolitan area is almost as big as the Netherlands as a whole.

When you arrive in the Netherlands and people in Wageningen tell you that they’re attending a conference in Brussels just for a day, have a dinner in Rotterdam, spend the weekend in Zandvoort and Groningen, or visit friends in Germany or France. For them, it is so natural and by now, I am also used to the sound of it, but I find it still astonishing how easy it is to travel to the major cities in the Netherlands and also in the neighbouring countries. 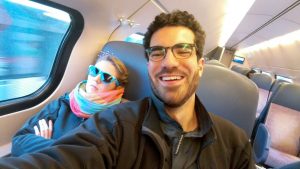 Tired in the NS train after King’s Day

By saying so, I also give my compliments to NS (The Dutch railway company), which enables easy travelling, even with WiFi in the trains and provides reasonable connections between cities. If you are lucky, you can get hold on a dayticket, which are sold from time to time at different chains such as Albert Heijn, Hema or Kruidvat, just to name a few. Keep your eyes and ears open for so called dagkaart or treinkaartjes.  The only “hurdle” you have to cross before the world is yours, is the trip to an actual train station: It might sound funny, but the train station Ede-Wageningen is in fact not in Wageningen, but in Ede and you need to go for a fifteen-minute bus ride to get to Wageningen.

Even though this sounds like the country is one very well-connected network of cities, there are two exceptions. First, this network indeed only includes “cities”. If you have to go on a field trip, conduct interviews with farmers or companies located in rural areas, you are flat on your back if you depend on public transport. The second big exception is Maastricht. This little city at the very tail of the country is far away from everything. Travelling from Maastricht to Groningen for example, takes you 4 hours in the train or 336 km in a car. When doing my Bachelor in Maastricht, I indeed travelled much less than I did the last one and a half years in Wageningen. So, I still need to travel to Groningen, for example! 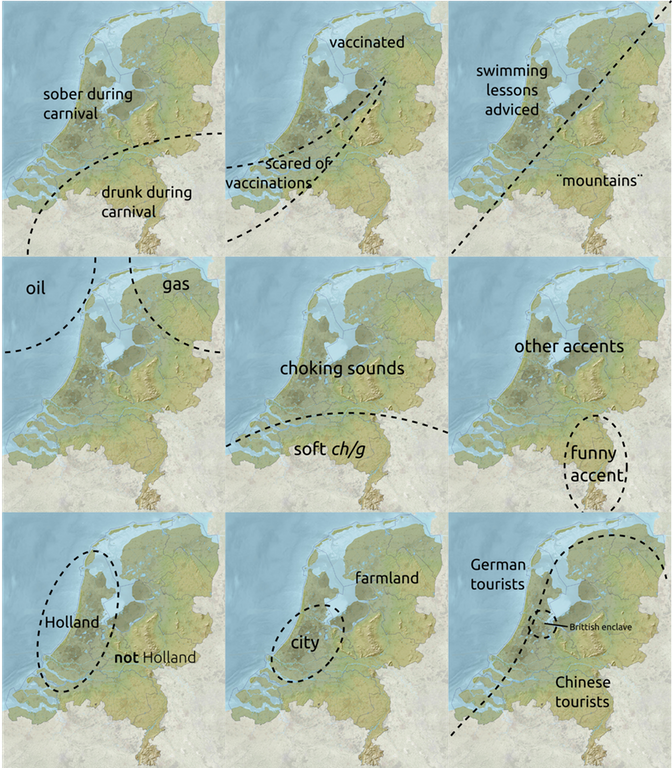 And still, what I find super nice: Even though this country is so small, you have actual cultural and environmental differences. In the south, they have a “weird” accent and celebrate carnival for a whole week in February. At the coast, de Randstad, you have all the big and known cities. And even the country-sides differ. My former Dean used to say, that the Netherlands are not as flat as a pancake, because a pancake still has the little bumps, but the Netherlands do not even have these. But I do disagree. You have little hills. Next to these you have a lot of water, agricultural areas, dunes and the seaside. Yet, going to the close-by national park Hoge Veluwe and its surroundings (also check one of my earlier articles for trip tips) you will see that this area is comparably different to the rest.

So, what’s the moral of this story? Use the opportunity of being in a small country in the middle of Europe with numerous gorgeous cities at its doorstep to fill your mental story book with breath-taking impressions and fabulous memories and experiences.