Soil is Hot, are We Cashing In?

As a programme director of the knowledge development program...

The soil underwent an emancipation process. For years the question has been: ‘How will we adjust the soil in such a way that we are able to carry out whatever we want in every spot?’ At last, it cropped up recently that it is about which soil we are actually having under our feet and what this soil has to offer us. It is about how we can keep her resilient and make use of her without exhausting her. Also about how to hand her over in a better condition to future generations.

Year of the soil

The year of the soil of the United Nations in 2015 gave a worldwide wake-up call. At the climate top in Paris (COP21) in December of that year, the 4/1000 initiative was embraced by the countries present. This entails the idea of storing more CO2 as organic material in the fertile upper layer, among others by minimum soil tillage, crop rotation, the use of ground cover plants and mixed farming. The consciousness was growing alongside that agricultural soils are not only crucial to food security, but also to mitigation of the climate problem.

In the Netherlands, the Dutch agricultural organisation LTO made sure that the essence of soil life was brought to the attention of its members once more. The tiny water bear, tardigrade, was changed into a cuddly toy and appeared on pendants and as an image on T-shirts. The media also latched on to it and published more about the soil. 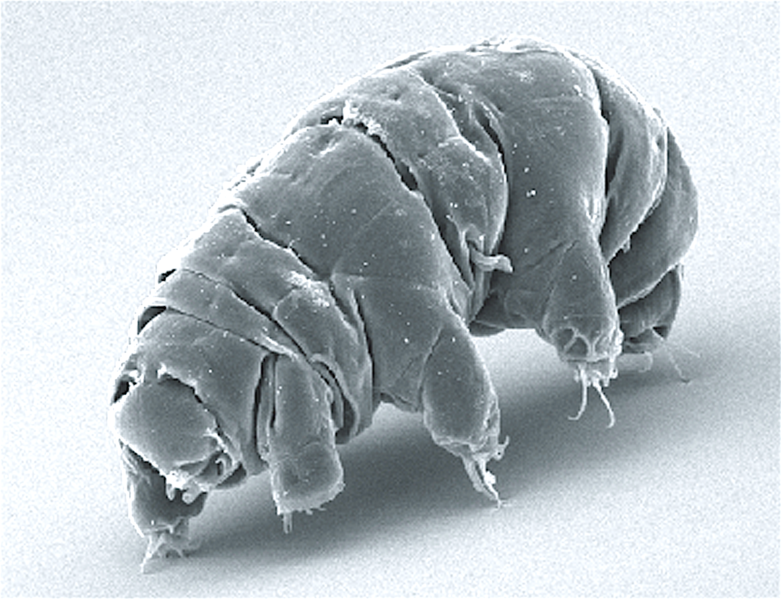 Again, it became painfully clear how bad the condition of the soil was in many places. One Nijmegen Professor even spoke of ‘zombie soil ’ in a Dutch newspaper in January of this year, after meadows had been named ‘desert landscapes’ earlier.

An important bright spot was the Parliamentary Letter on Soil Strategy by the Minister of Agriculture, Nature and Food Quality (LNV) Ms Schouten in May this year. She gave an outline of the desired situation in which all Dutch agricultural soils will be managed sustainably and soil quality will stay as high as possible, also for future generations. The Minister used the Olympics as a metaphor, comparing the soil to an Olympic champion who can deliver all her ecosystem services while Society appreciates the efforts for this sustainable soil management. The vision on agriculture given by LNV at the beginning of September, presenting the choice for a circular agriculture, mirrors recognition of the crucial role a healthy soil plays as the basis for agricultural production.

Passing it on to next generations

This attention and recognition of the value of the soil as such is regarded by many scientists as a dream come true. How can we maintain that this is not a day dream, but a true transition? That the Soil Strategy will become an actual fact? That society recognises the soil as a living entity and the basis of our existence?

In the Netherlands we already have a lot of soil quality tools: take for example the ‘soil passport’ of LTO, the Soil-APK or ‘MOT’, Soil Health Index and soil indicator BioESoil. New local soil initiatives keep cropping up, like the Twentse Bodemcafé, Groene Tafels Bodempioniers or the Federatie Particulier Grondbezit (FPG) and https://weblog.wur.eu/euthanasia-essay/-farming, a small-scale mixed farm that is owned by a co-operation of consumers. Moreover, each week there may be a ‘soil day’ undertaken in one place or another.

A group of farmers from Overijssel working on soil improvement might not be acquainted with the colleagues from Zeeland who share the same ambition. The local soil surely differs, but many measures will be effective in both regions. Thought processes, collaborative networks and successful communication mean important aspects to share. Without a broad overview, possibly centrally coordinated, the effect of local soil initiatives will remain limited. Besides, those involved are running the risk of wasting money and energy when each groups starts from scratch all over again.

That is why I think that part of the energy spent on putting up new initiatives should be better spent on connecting the knowledge we already have with the separate initiatives being under way. This could serve, after a possible scale-up, as the basis to start outlining the impact in total. This is also important from a viewpoint of preventing negative effects on other aspects. There is the risk that, when we focus too much on one ecosystem service of the soil, for example on organic matter storage, we will be losing sight of the productive capacity of the soil. With as an extreme example that we may have to use more and more chemical herbicides in order to avoid tilling the soil. We should always keep the big picture in mind as well as the long-term impact.

We have in the Netherlands, besides the local initiatives, various large research programmes in which the soil receives ample attention. how to do a good essay plan, for example, which is a public-private partnership of companies, farmer’s organisations and the Ministry of Economic Affairs led by Wageningen University & Research and the Louis Bolk Institute. This programme seeks to enlarge knowledge on soil and soil processes with an integrated approach and to offer action perspective to the parties working with the soil.

Also there’s a lot to learn from one another on a European level and joint programming will be the next step. At this moment, Wageningen and INRA are working with scientists and policy-makers from 22 European countries on a proposal for European Joint Programming, in which action perspectives for local initiatives, soil policy and standardisation of collecting soil data will be dealt with.

We should prevent that attention for the soil slips back again and that she will become just a pawn in the game of the users once more. Only joint programming and sharing knowledge and experiences will lead to the right measures to be taken for a sustainable soil management. It is important that the results should not end wrapped up on the shelf, but that sufficient energy will be spent on large-scale practical application, for example via the entire set of individual local initiatives. This is the only way in which we can arrange for sustainably managed soil on a large scale, giving society literally the basis to face the societal challenges at large. Because, as I wrote in an earlier blog, it is the healthy soil that is the basis for responding to the societal challenges as described in the UN Sustainable Development Goals (SDGs).

As a programme director of the knowledge development programme ‘Towards a Circular and Climate Neutral Society’, Dr. Saskia Visser steers that strategic research agenda for Wageningen University & Research. Saskia facilitates integrated knowledge development within WUR, assuring multidisciplinary building blocks that can be used to facilitate the transition towards a circular bio-economy.

Furthermore, Saskia builds partnerships that jointly seek for circular and climate-neutral solutions that contribute to the realization of the SDGs. In her research, Saskia integrates physical process-based research with social learning and participatory policy development. She makes use of the theory of transition management, in order to assure that scientific research leads to the large scale implementation of circular and climate-neutral solutions.