Plancius took a turn and headed straight north. After half a week on board, the atmosphere among the passengers has become more relaxed, interactions have moved past the small talk and into enjoying each other’s company. 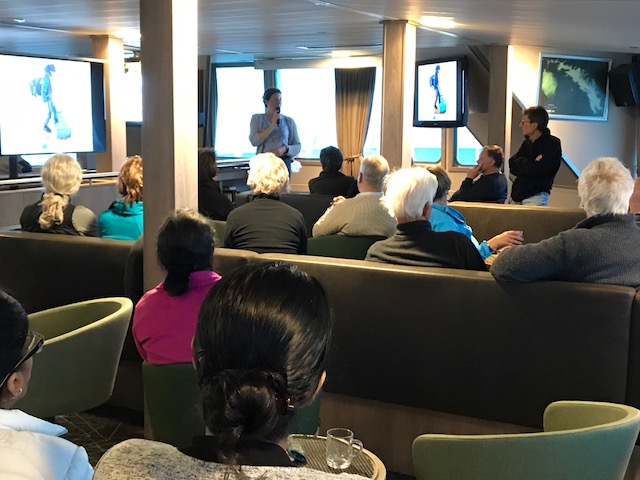 Martine was invited to give a presentation on the project to inform the passengers and solve the mystery of what the four ladies with buckets and cores are doing as they dig around in the sediment on the beaches. The audience seemed very interested and enjoyed getting involved when asked to identify a piece of debris we had found, but could not name. 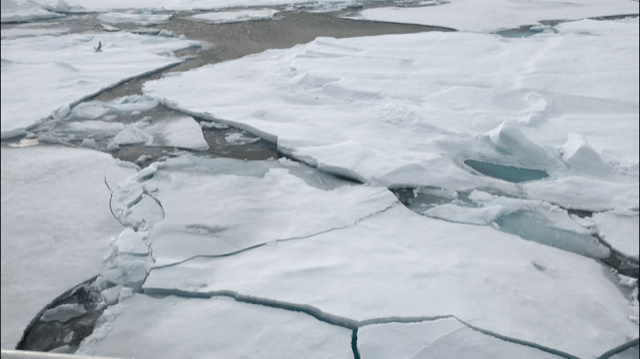 The movement of ice floes as Plancius moved through them on the Arctic waters resembled continental movements, but on a much smaller scale. (photo by Anneke van den Brink)

We entered the Arctic Ocean overnight. Surrounded by ice floes there was no land in sight, so nowhere for us to sample for the day. As our vessel broke through the ice flows creating a deep thump, crunch, grinding noise, we watched as cracks appeared in the ice and grew as the two halve drifted apart. It was as if we were witnessing continental drift on a much smaller and faster scale. Sometimes the ice flows pushed into each other creating a mini mountain range, or one would slide onto the other, pushing it down, creating mini ravines. Sometimes a flow would flip upside down exposing its pale blue underside ice and edges covered with pale red arctic algae. Occasionally the water spilling up onto the ice through a crack carried a tiny black polar cod with it. The poor fish suddenly found itself laid out on a platter, ready for a hungry kittiwake. 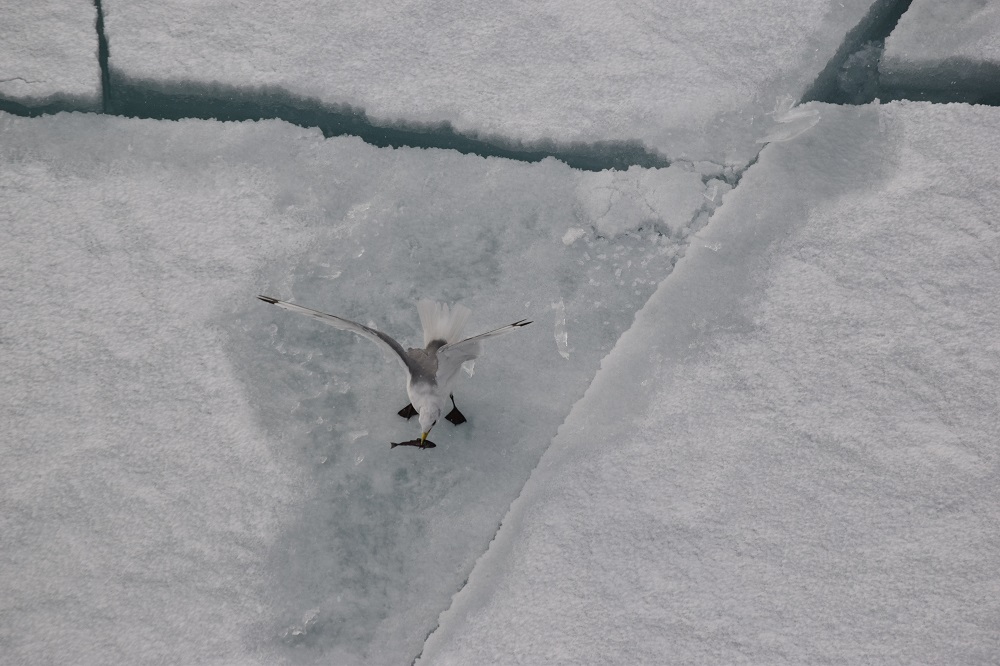 We were informed that we had managed to go further north than any of the staff, including the captain, and even Plancius herself, had ever been. In fact, we were further north than anyone who hasn’t been to the pole itself had ever been. 82.46 degrees north! While this was rather exciting to hear, it was also a bit unsettling. At this time of year the pack ice should stretch as far south as just north of Svalbard, but this year we had to sail overnight from the coast to get to it. It is unusual for ships to even be able to sail so far north. Certainly here the effects of climate change are obvious.

While watching the ice was mesmerising, a wave of silent excitement washed over the vessel when the first polar bear was spotted. It was a young male, much plumper and healthier than the bear that approached our guides at Torrellneset. This one was somewhat curious about the giant ‘iceberg’ floating quietly past with many tempting snacks clicking away at their cameras. He stayed a safe distance away, but made sure he was always downwind so that he could keep an olfactory tab on us. 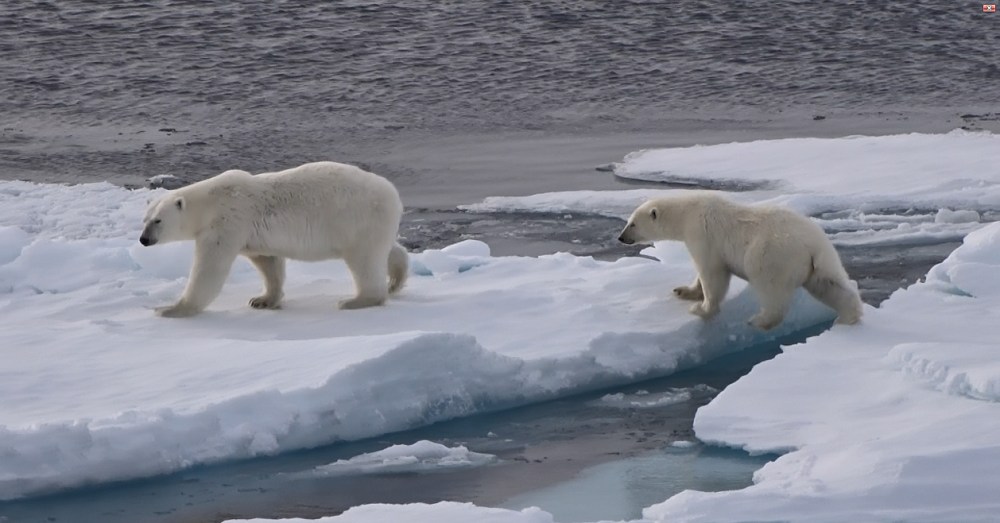 A short while later a mother and cub, roused from their rest on a pile of ice, calmly walked by us, traversing the ice floes with ease as their large feet spread out their weight. Every now and then they stopped, put their noses in the air for a sniff before continuing on their walk and melting the hearts of everyone on board with their black eyes and noses and white fluffy bottoms.

The sea ice is such a strange habitat to be adapted to. Especially for a bear. No shelter, no vegetation, just an expanse of ice floes as far as the eye can see. Yet judging by the health of the bears we saw in this floating world compared with the emaciated bear in Torrellneset, they fare much better here than on the land in Svalbard. Polar bears prefer to eat seals. Seals need the ice to breed and feed, so the bears do best when they make their home where their food is.

We saw one more male wandering around during our BBQ dinner. Imagine eating your dessert while watching a polar bear in the wild.