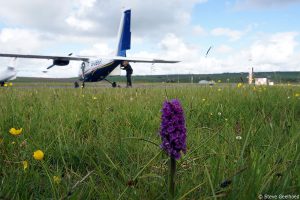 The sun shines over northern Scotland. We are in our hotel in Inverness though. Off effort. Validating data from the last three days of surveying. The wind is too strong to survey. The last days the weather was suitable enough to survey. It was  a logistic jigsaw puzzle to efficiently use the moving good weather windows, opening hours of the airfields and lack of military activity in shooting ranges we had to fly through, but we managed to do transects in the blocks around Shetland, the Orkneys and north of the Outer Hebrides.

In three days we visited and refuelled on Sumburgh (Shetland), twice on Stornoway (Outer Hebrides) and three times on Kirkwall (Orkneys, see photo on the left), before going back to Inverness. Cetaceans were unevenly distributed, with some higher density areas and some stretches of cetacean deserts. The most numerous species we recorded, were harbour porpoise, white-beaked dolphin and minke whale. Highlights included a huge basking shark and mixed pods of white-beaked dolphins and pilot whales, accompanied by gannets and other seabirds.

Off effort, we encountered some high density areas, allowing everyone in the plane to enjoy it to the max. Off effort, some new species for our team performed well: a breaching humpback, a surfacing bottlenose whale, a fin whale right under the plane and two killer whales near the coast shortly before landing in Kirkwall. Though not according to the protocol, we did an extra circle back to have a better look at these animals (see photo Killer whale). Good for the team spirit! 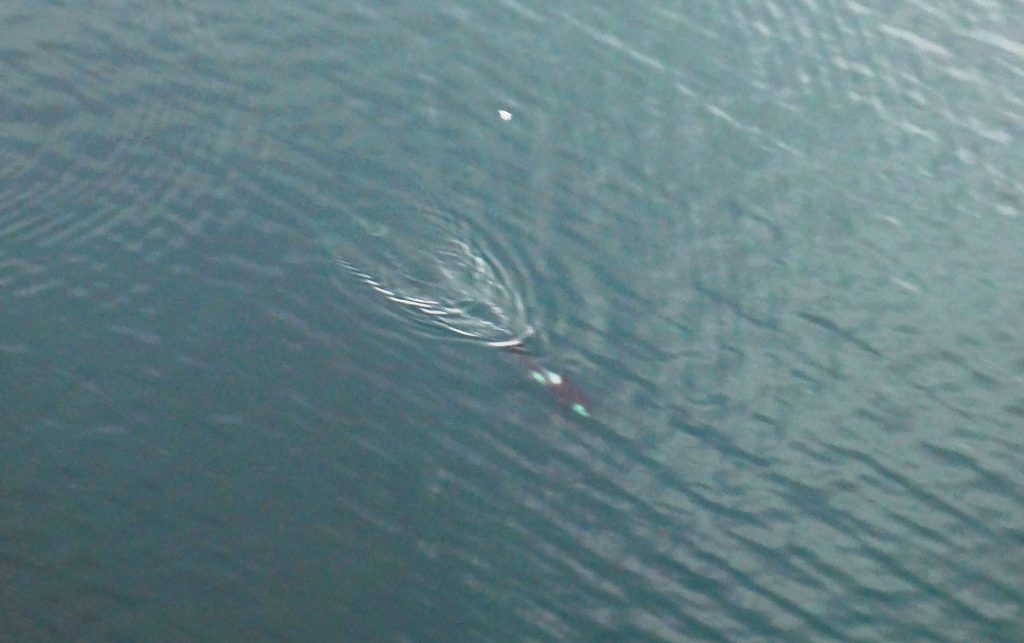 The last late afternoon survey was a race against the clock. We had to be back on Stornoway to refuel, and land in Inverness before closing time of the airport. No time to slow down to get a better look at Sula Sgeir (see photo below), and North Rona, two of the most remote islands of the UK. A shortcut overland was more or less blocked by heavy rain showers and the occasional thunder stroke. We made it in time to Inverness though. Once back in town the greatest challenge was to find a restaurant that still served food. Around midnight we could finally go off effort, with a belly full of Italian food. 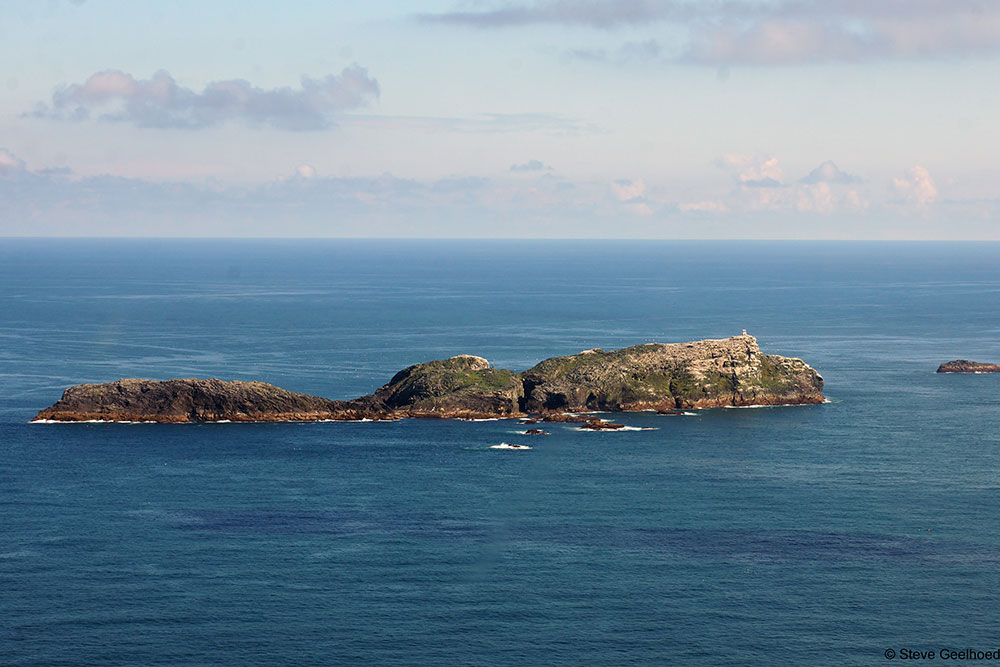