There and back again

When I think back on this expedition; about all the things we have been doing; all the beaches we have sampled, the distance we have travelled, I can’t even think of one single highlight. We have had so many highlights that will make this trip unforgettable.

After heading south from the pack ice, the surreal environment of the north pole and its captivating residents, we travelled back toward Svalbard. We arrived in the Smeerenburgfjorden with the promise of a zodiac cruise as close as is safe to the most spectacular of glaciers I have ever seen, and there are a lot of glaciers in Svalbard! 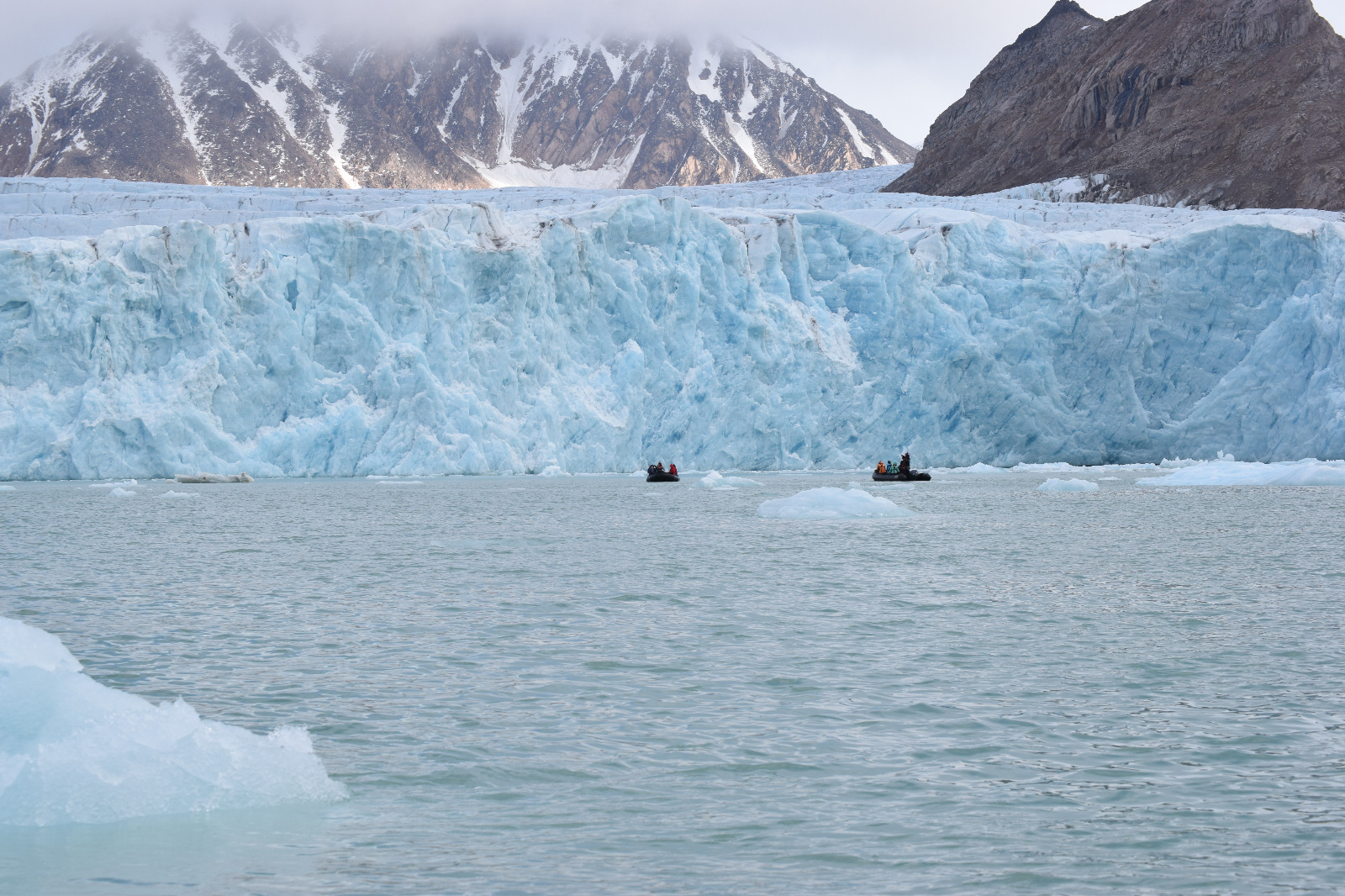 The glacier at Smeerenburgfjorden (photo by Rebecca Giesler)

Glaciers are one of those natural visual illusions. They seem so much closer than they are. It’s as if your brain can’t quite comprehend how vastly enormous they are! We climbed into the zodiac and motored through the numerous icebergs floating in the glacial waters. The icebergs were anywhere from small enough to pick up from the water to big enough to climb onto. An inquisitive bearded seal dived through the water, curious to see what we were up to. As we made our way towards the giant wall of ice wall, thinking we were almost there, our guide said we were still more than 500 m away! It was good we were so far away because this glacier was obviously very active with a bang, groan and splash every now and then as ice fell into the water. As pieces of the ice fell, they exposed areas of the edge of the glacial wall scarred with exposed old ice. In some areas the ice was a bright sapphire blue; I never knew ice could be naturally that bright blue! In some areas the edge of the ice was striped in blue and white. Our guide explained that this was the result of summer snow and winter freezing. 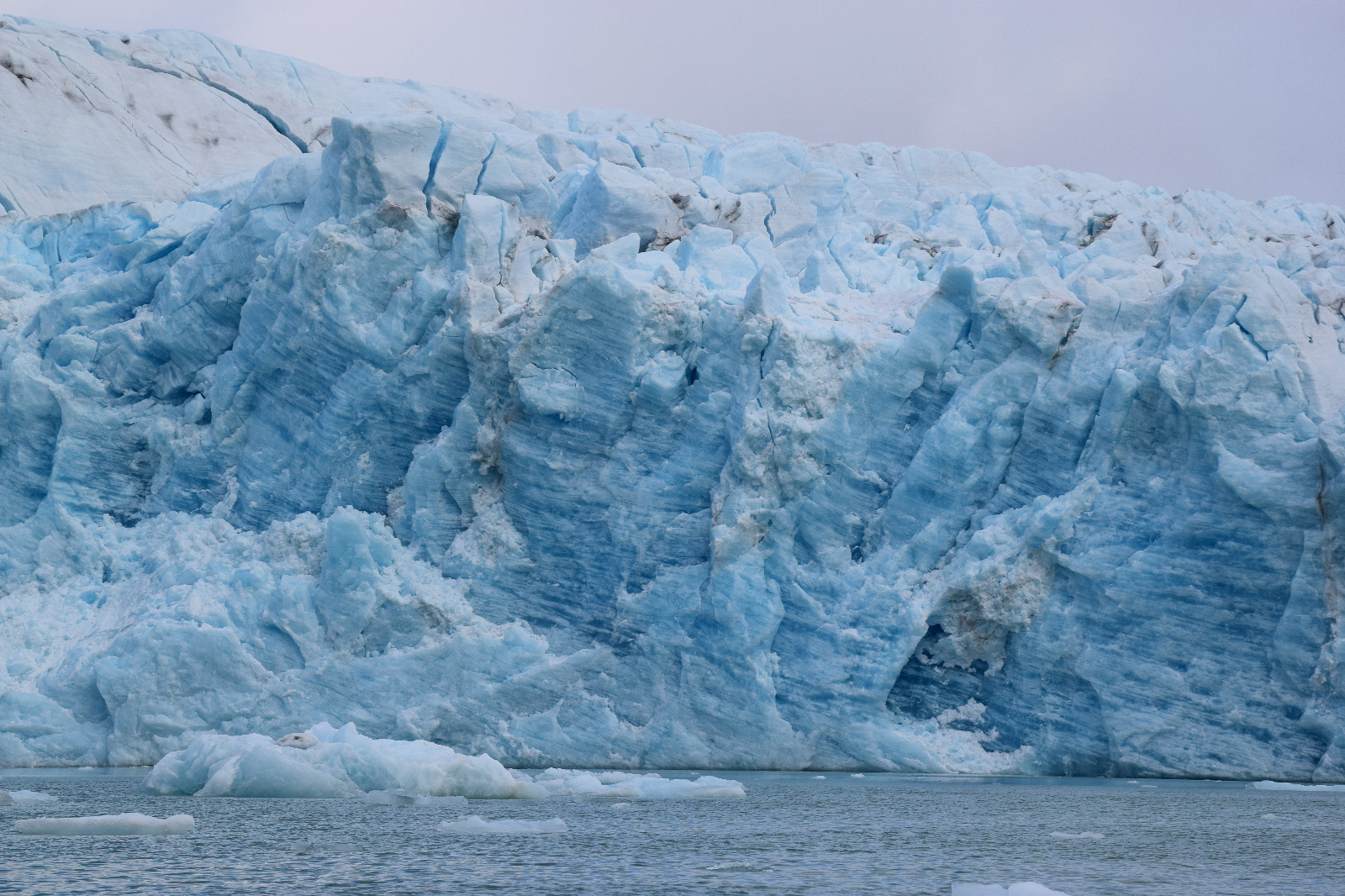 Everyone on our boat could not but help but smile the entire cruise, the place was just magical! Far too many photos were taken of ice from all possible angles before we were returned to Plancius to continue travelling. It was an unexpected highlight of the adventure. 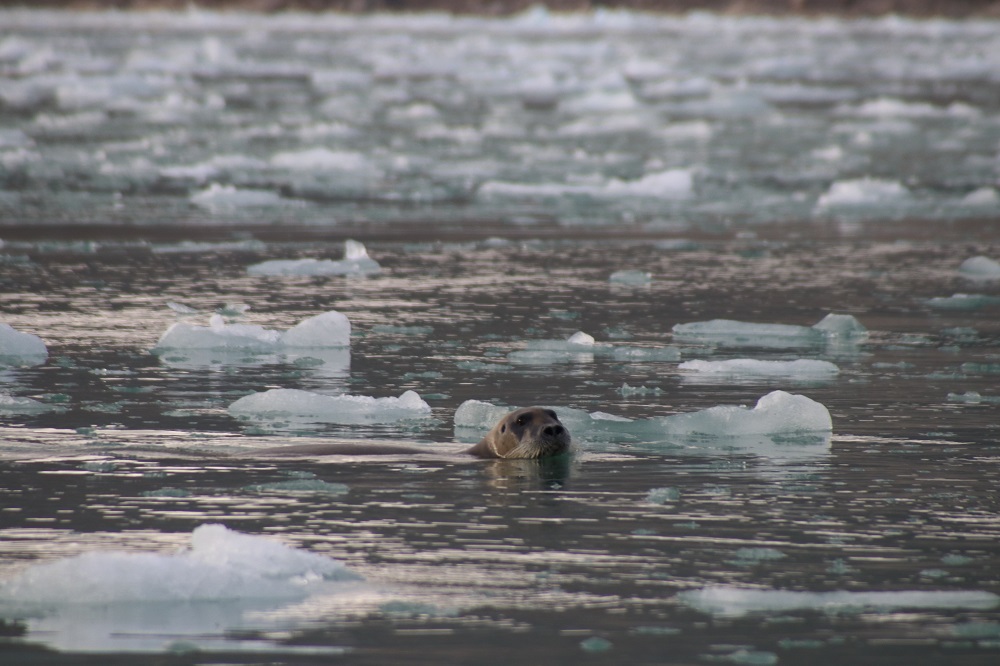 As a hungry bear had prevented us from visiting the walruses on land at Torrellneset. The crew wanted to make it up to us with a landing near the walruses at Prins Karlforland. Although we could not get very close to them, and although there were only four walruses lounging on the beach, we had a great time watching them do absolutely nothing!

Sailing on further we entered Isforden once again, mobile phones lit up with service and internet connections. A week off the radar was amazingly socially invigorating. We had spent a week speaking to people with no phone distraction, not being able to Google interesting facts or song lyrics, and by doing so, had already made some good friends. 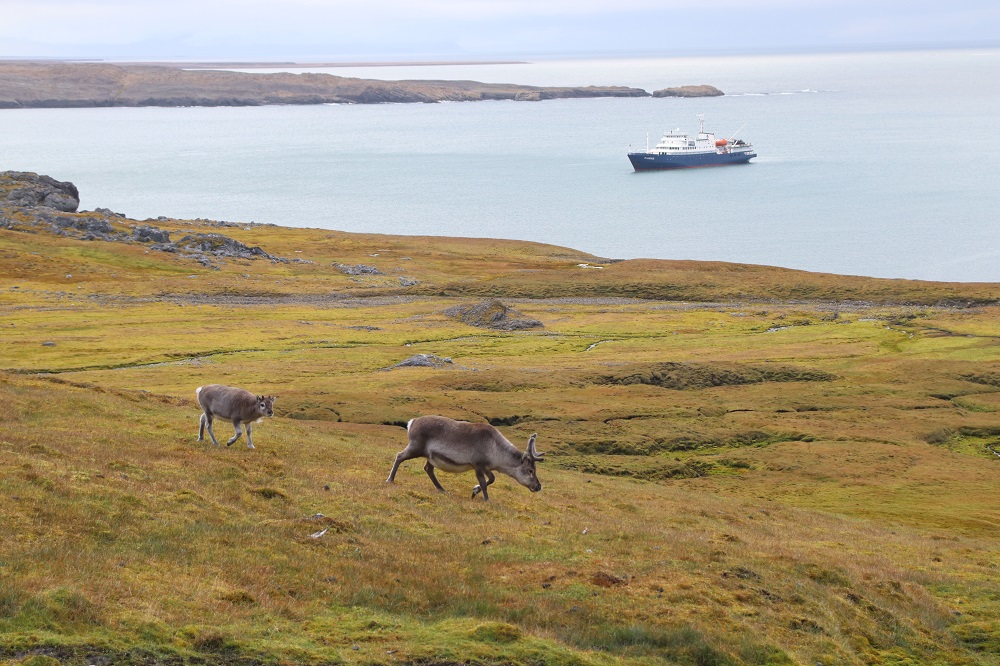 We made one last landing at Alkepynten. The beach was small and exposed, but we managed to get both soft and hard substrate samples, our thirteenth beach, and the 17th of the project. We now have sample beaches from a good distribution around Svalbard. When completed there was enough time to climb the hill and enjoy the view across the mouth of the fjord, listen to the birds calling at the rocky summit of the hill we were on, and watch the reindeer casually munch on the grass around us. There may or may not have also been a Polar plunge.

We docked back at Longyearbyen early the in the morning. We’re back. Longyearbyen has become a very familiar place to us now, except for one thing. In the evening it is almost dark. Street lights were on, windows of hotels and houses were glowing. In one week we had gone from almost complete midnight sun, to a definite night time. It won’t be long before the sun disappears completely for a few months. Winter is coming. 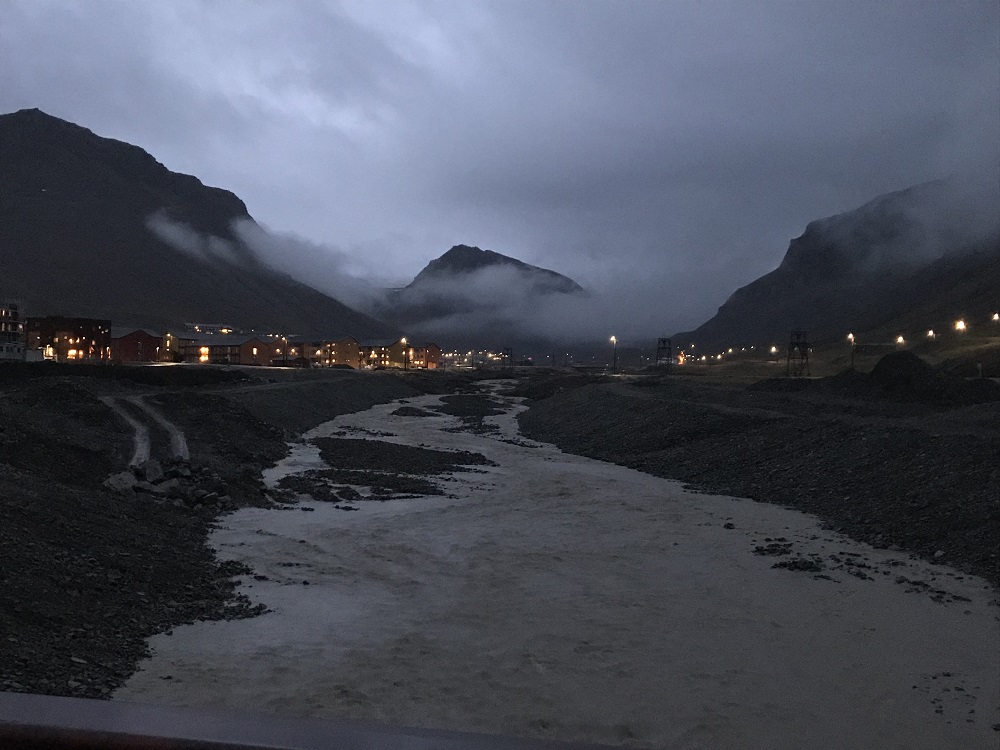 The beginning of the darkness. Evening in Longyearbyen (photo by Anneke van den Brink)

We have a two days to organise ourselves before boarding a plane. While I will miss this most magnificent of places, the rugged wilderness of the tundra-covered mountains, the glaciers stretching through the valleys and the exceptional wildlife that call this place home, I am ready to go home and be with the people I have missed. The Arctic has a way of drawing you in, addicting you, and convincing you to return.